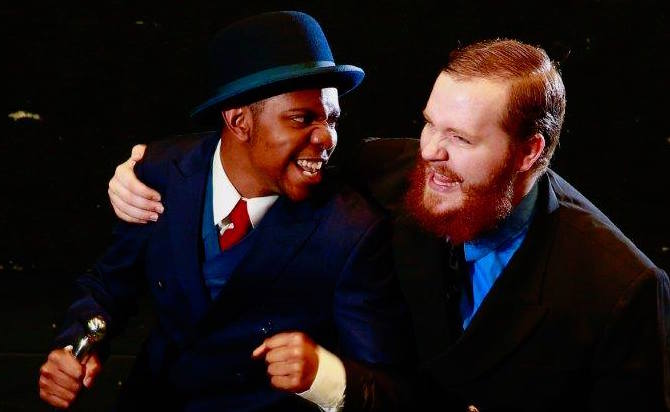 Butler Theatre is set to perform “The Threepenny Opera,” Butler’s first performance with a major musical element in years. It will play from Nov. 1 through Nov. 4 at the Schrott Center for the Arts.

“The Threepenny Opera,” which is closer to a musical than an opera, is the first of many musical plays that will be performed as a part of the department’s new musical theatre initiative. The department plans to put on at least one performance with a major musical element every other year.

The goal of the musical theater initiative is to expand on the various musical elements the theatre department has long included in its productions and to embrace all different kinds of theatre.

William Fisher, a theatre professor and the director of “The Threepenny Opera,” said that he wants to continue what many students grew up performing.

“For many students who experience theater, their first or most important experience is doing musical comedies or musical theatre productions in their high school or community theaters,” Fisher said. “We want to include this at Butler because we feel it’s an important aspect of theater.”

Right now, the only students expected to perform in upcoming musicals are students in the theatre department. While the orchestra for “The Threepenny Opera” is made up of music students, more collaboration within the college would be too logistically challenging for this performance.

Also, Fisher pointed out that performing in theater productions is a large curricular activity for theatre students, while music students also have their own ensembles and performances.

“The casting of our shows currently is done within the major because it’s a curricular activity for [theatre majors]. Engagement and practice for these shows is the focus of our department and the core of our teaching,” he said. “We don’t have a conservatory program where people are in class every day the way the ballet department does, for example.”

Despite these conflicts, the department does consider collaboration within the college to be a goal for the future.

“The Threepenny Opera” was chosen to be the first production of the musical theater initiative because it is renowned both as a play and as a score of music.

The department wanted to do a play written by Bertolt Brecht, a famous German poet and playwright. “The Threepenny Opera” is one of his most widely known works. The music is by Kurt Weill, one of the most influential composers of the 20th century and a friend of Brecht.

The play is a story of competing corruptions. It follows the romance of a criminal and the daughter of a corrupt businessman and chronicles the criminal’s fall from power.

The production is well-known for being dark and alluring; Fisher said it has a “dark center” but featuring some “light aspects” as well. It resonates with its audience because it relates to the dirtiness of real life.

“The characters in this play are criminals, prostitutes, beggars, corrupt businessmen, corrupt police, etcetera,” Fisher said. “This play has resonance. And that’s one of the reasons for any play to be done that is nearly 100 years old.”

Even though the production features mature and intense themes, much of the cast is young and comprised of underclassmen. Evie Davis, a senior theatre and English major who is assisting to direct the show, enjoyed watching their growth throughout the rehearsal process.

“Since we have a younger cast, it’s been really rewarding to watch them and work with them in rehearsal, but also talk with them outside of rehearsal,” Davis said. “They’re learning what a real rehearsal process is, and how to become mature, professional performers in that sense.”

Fisher agreed that a challenge throughout the rehearsal process, albeit a rewarding one, was dealing with the maturity of the play itself.

“It’s a harsh play. It’s hard to keep doing it night after night,” Fisher said. “There are some things that the actors have to look at and draw from themselves that their own experiences haven’t given them a direct connection to. It’s fun, it’s fun — and very rewarding. But it’s also a good challenge.”

Tickets are $10 for students and $25 for adults. They can be purchased at the Clowes Hall box office or on the Butler Arts Center’s website.