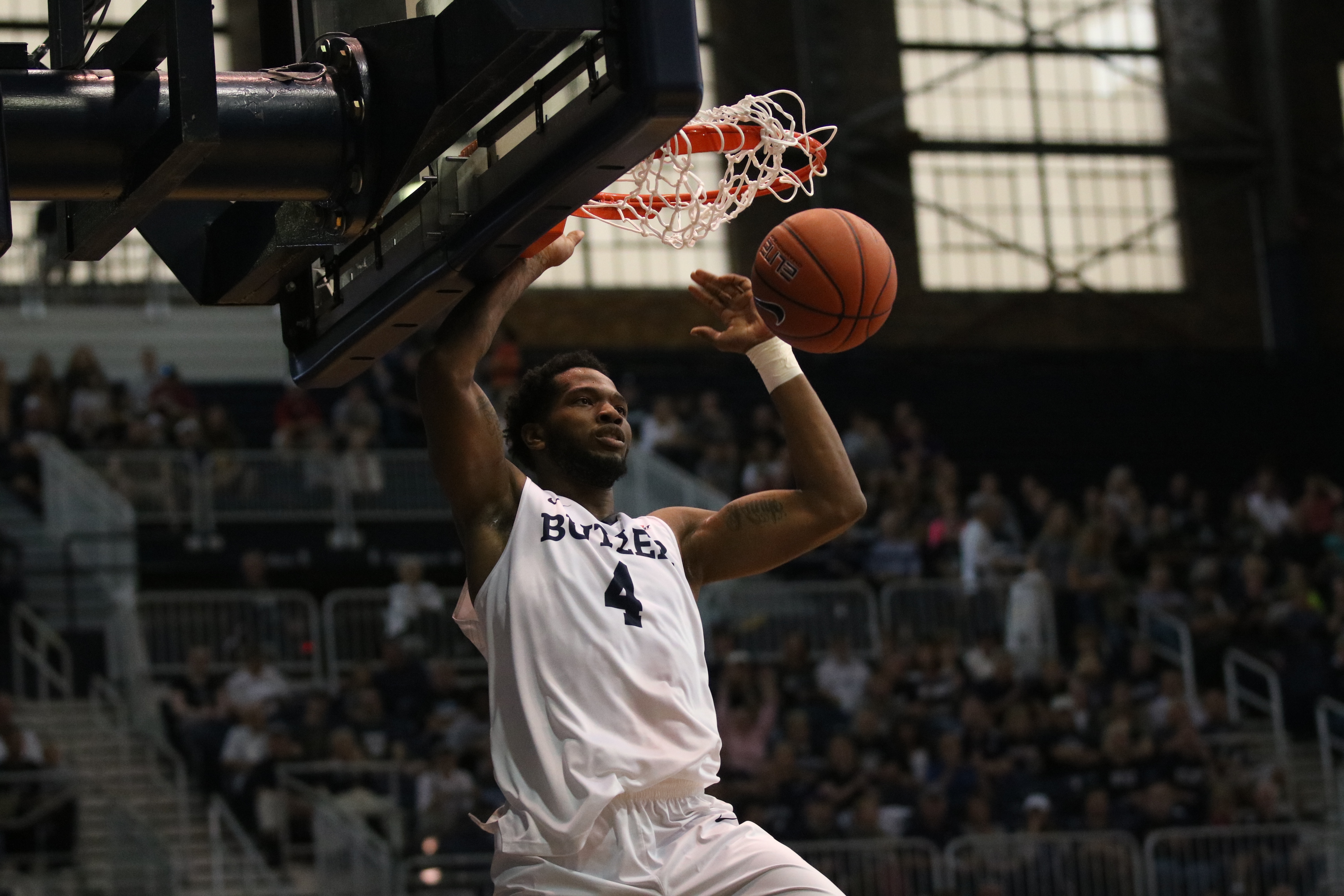 The Butler men’s basketball team went through a major transition over the summer and following months, starting when head coach Chris Holtmann left for Ohio State in June. As the 2017-18 season approaches, here are 10 things you should know.

Former Butler player LaVall Jordan ’01 takes over the program Holtmann left Butler to take the Ohio State job. Jordan spent last season as the head coach at the University of Wisconsin-Milwaukee and was previously an assistant coach at Iowa, Michigan, and Butler. Jeff Meyer and Omar Lowery join the staff as assistant coaches along with Emerson Kampen, who was promoted from his role as basketball analyst to complete the coaching staff.

2) Butler played in Spain this summer… and should be better for it.

With all of the chaos that ensued after Chris Holtmann and his staff departed to Ohio State, the summer Spain trip could not have come at a better time. Not only did the team get an extra 10 practices and a chance to play against professional teams, but they also got to spend time with the coaching staff. Jordan’s hiring came so close to the start of the season that it would have been difficult to cultivate those relationships if they didn’t have that time in Spain.

3) The Bulldogs have a challenging non-conference schedule.

Butler’s non-conference schedule features games against Purdue in the Crossroads Classic and Big Ten team Maryland on the road. In December, they host Utah of the Pac-12. The team is also participating in the PK80 tournament in Oregon, where they will face Texas in their first game. A win over the Longhorns could set up a showdown against Duke, recently ranked No. 1 in a preseason USA Today Coaches Poll. The Bulldogs will play three games in the PK80 tournament regardless of record.

Butler won’t get much of a break in conference games. Villanova and Xavier will be extremely talented as always, but what makes the Big East so tough this year is its depth. Providence and Seton Hall return practically their entire teams. St. John’s dynamic backcourt is back, along with two transfers from Michigan State and Arizona. The Big East has seven or eight teams with legitimate NCAA tournament aspirations.

5) Senior Kelan Martin is poised for a huge year.

Martin was selected as the Bulldogs’ sole member of the preseason All-Big East First Team earlier in October. Despite coming off the bench in 13 games last season, Martin led the Bulldogs in scoring, averaging 16.0 points per game. With so many departures from last year’s team, Martin will be expected to carry the scoring load for the Bulldogs. It is not unrealistic for him to average somewhere between 20 and 25 points a game.

6) Watch out for transfer Paul Jorgensen

Redshirt junior Paul Jorgensen is eligible to play this season after transferring from George Washington. As a sophomore, he was third on George Washington’s NIT championship team with 81 assists. Jorgensen figures to be one of Butler’s primary ball handlers this year and can provide a veteran presence on a young team.

7) Kamar Baldwin in a different role

Kamar Baldwin came out of nowhere last season and burst onto the national scene as a freshman, averaging 10.1 points per game. In year two, he will be asked to do more, especially on offense. Baldwin spent the summer focusing on learning the point guard position, where he will spend more time this season as the team’s primary ball handler. With so many offensive weapons absent from last year’s team, Baldwin is going to be relied upon to create offense for himself and others in addition to continuing his excellent defense. Baldwin’s 59 steals as a freshman were the most on the team and ranked fifth in the Big East. In his time at Michigan, Jordan played a key role in developing NBA guards Tim Hardaway Jr., Nik Stauskas, Trey Burke, and Glenn Robinson III. If he can build off last year’s success, Baldwin will be the next one.

8) Fans can potentially buy alcohol at Hinkle this season.

Last month, Hinkle Fieldhouse applied for a permit to sell alcohol at volleyball and basketball games. The Marion County Alcoholic Beverage Board unanimously approved the alcohol permit, which is now awaiting state approval. It could be approved by the Indiana Alcohol and Tobacco Commission on Nov. 7.

9) Freshman Cooper Neese is gone and the team has no class of 2018 recruits.

Before he ever played in a Butler uniform, Cooper Neese announced he was transferring to Indiana State. The former Cloverdale High School standout’s departure became public on Oct. 8. On the recruiting trail, Jordan picked up his first commitment from John Michael Mulloy of Carmel High School for the class of 2019. The program is still searching for a commitment in the class of 2018 to join the team next season.

10) No one can decide how good or bad this team could be.

Expectations for Butler under a new coaching staff vary depending on who you ask. The Big East coaches picked the team to finish eighth in the conference. However, the Bulldogs were just outside the top 25 in the USA Today Coaches Poll, receiving the third most votes of any unranked team. This Butler team definitely has potential, but head into the season with plenty of unknowns that make it hard to know what to expect from them.