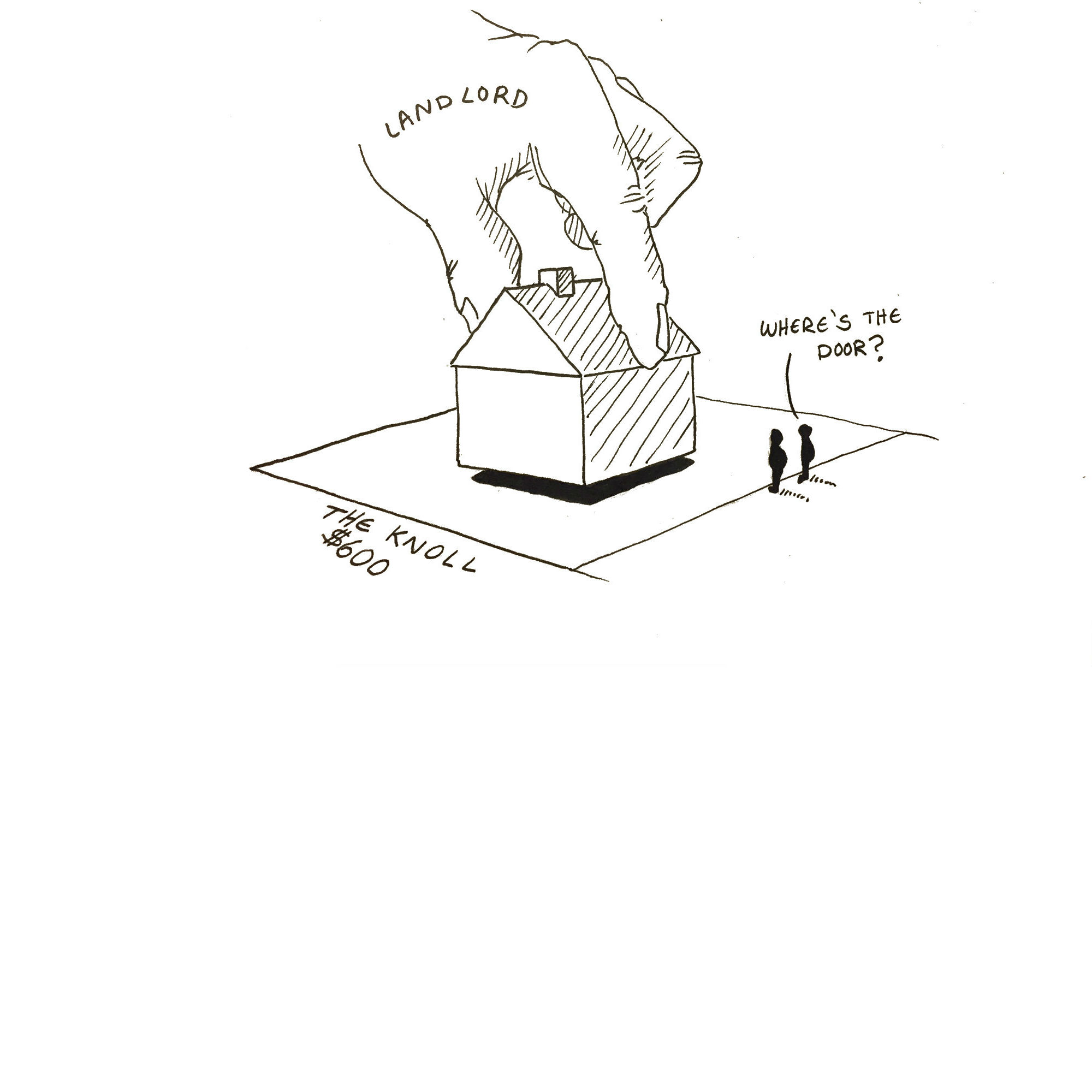 I remember how I first felt when I was told students signed leases for senior houses as sophomores. It was within the first few weeks of being on campus, and my young first-year brain was still trying to adjust to my new surroundings.

A slew of questions rushed through my head: Who do you talk to about that? Is it a cheaper option than living in the apartments? Who thinks it is a good idea to let 19-year-olds sign leases for themselves?

But I told myself that it would work itself out and become more clear as I progressed through my education.

I am now a sophomore, standing on the brink of making this huge, up until this point in my life unprecedented, decision. And I can say with certainty things have really not become any clearer to me. Mary Hermann, a sophomore software engineering major, shares this sentiment.

“I think it’s kind of ludicrous to try to have to think about it, as a 19-year-old sophomore, when it’s going to be when I’m about 22,” she said. “Who knows if I’m going to graduate early, if I’m going to want to live off-campus and commute… how am I supposed to know the answers to those questions?”

Now, students are receiving contradictory information from what many have been told since they started at Butler their first year. About two weeks ago, the Division of Student Affairs sent out an email encouraging students to wait on signing leases. But after asking around, I found the general consensus among students was still that first semester of sophomore year is the right time to make that move.

Doug Howell, the associate director for Residence Life, made it clear that one of the biggest issues is that off-campus senior houses are owned by landlords and not the university, and these landlords are doing what is good for their business.

“[Landlords] don’t have to offer a release 23 months in advance,” Howell said. “Really, if you go out and you looked at what the norm is in the rental housing business, 23 months is nothing even resembling a norm.”

Howell said he doesn’t blame the landlords for trying to conduct their business in the most beneficial way for them. But he does think this pattern has been emerging for years and is getting increasingly dangerous.

“Parents, more-so, but also I hear from students who say that they are feeling pressured — and again, this is not the pressure from an individual landlord or anything, it’s the pressure of the system — and they are feeling pressured one week into sophomore year and all of the sudden, ‘I feel pressured into making this decision.’ And that’s the system sort of coming down on them,” Howell said.

Howell also said the university is not instructing sophomore students not to sign leases, but is merely trying to encourage them to fully think the decision through. He believes the solution to this issue is easy to visualize, but I believe it would be very difficult to actually put into practice.

“If we went back to getting all the landlords on board and saying, ‘First day of sophomore year is just way too early; what can we do?’ … If they were all on board and everybody promised to do the same thing, then that could make, literally, a change overnight,” Howell said.

But how does the university convince private business owners to act against their interest? That goes against the very nature of competition, and I have a hard time seeing how the landlords would actually go for that.

Hermann, a student at Butler, pointed out that living in an off-campus house is not the end-all-be-all.

Both Howell and Hermann expressed a belief that despite the university’s urging against it, students have become so ingrained in the current system that they will not likely change any time soon. And I am inclined to believe them; all my friends, including myself, already have or are in the process of signing leases. Despite this, I — and I suspect many other students as well — wish the system could be different.