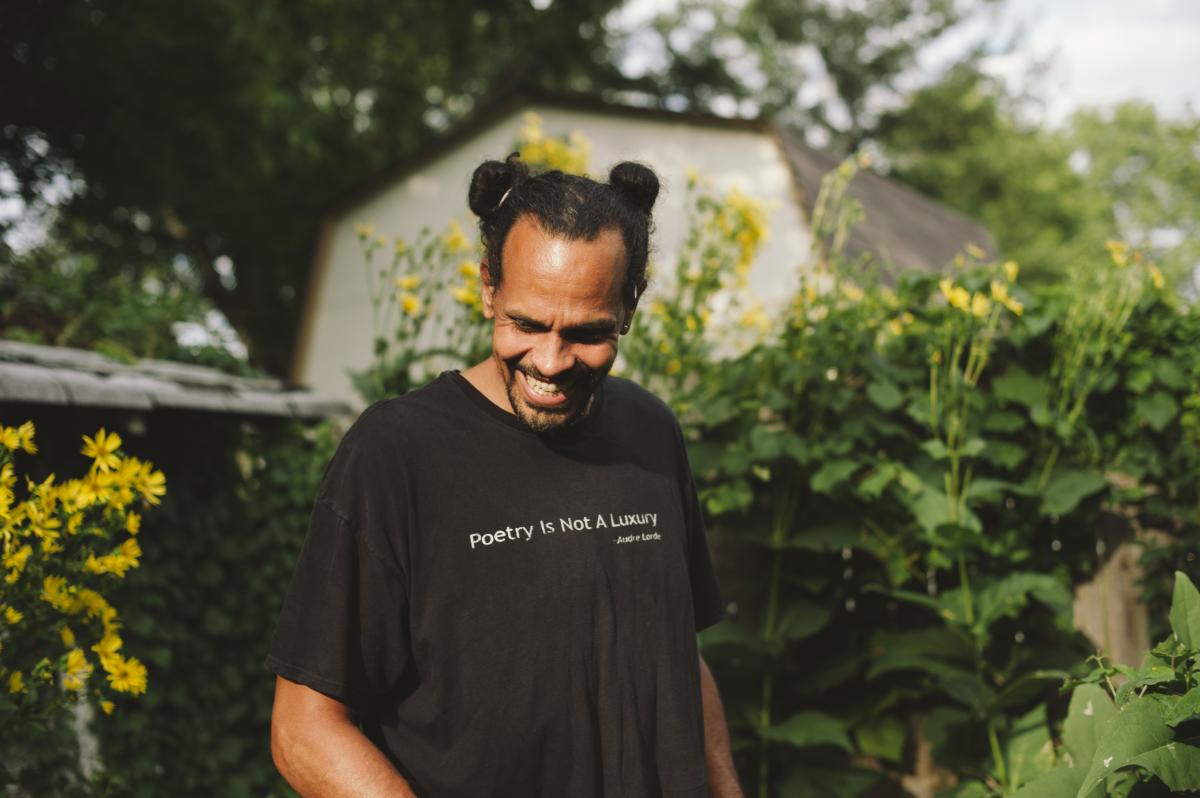 Ross Gay is an award winning poet whose latest book, “Catalog of Unabashed Gratitude,” was published in 2015. Photo by Natasha Komoda.

On Thursday, Sept. 7, Ross Gay, an award-winning poet and professor at Indiana University, will be presenting at 7:30 p.m. at Butler as a part of the Visiting Writers Series.

Gay has written three books, “Against Which,” “Bringing the Shovel Down” and his most recent book, “Catalog of Unabashed Gratitude,” which was published in 2015 and was a finalist for the 2015 National Book Award in Poetry.

Chris Forhan, a poetry professor and the poetry coordinator for the Visiting Writers Series, said that he’s been wanting Gay to do a reading at Butler for several years due to Gay’s presence as a reader as well as a poet.

Forhan describes Gay’s poetry in “Catalog of Unabashed Gratitude” as being examples of ecstatic poems, meaning that they are often joyful and gracious.

“Ecstatic poetry is poetry that just soars into wonder and joy and gratitude. [Gay’s poems are] persuasively ecstatic,” he said. “And what I mean by that is it’s easy for people to say, ‘Oh I’m happy.’ It’s harder to take into account death, or murder even, and, at the same time, end up taking the side of life and being authentically joyful about life.”

“He’s speaking to you like a friend who’s extremely eloquent and excited — except he’s talking about a fig — and you’ll be just as excited about that fig by the time he’s done, too,” Dicus said. “That’s a hallmark of an amazing artist in my eyes.”

Tyler Wagner, a senior English creative writing major and fellow for the Imaginative Sojourns First Year Seminar, has studied some of Gay’s work as a part of his fellow position.

“[Gay’s poems] remind us that we encounter magic on a daily basis. And everyone needs that reminder,” he said.

Wagner has become quite familiar with Gay’s work during his time at Butler, but first heard about and began to admire his poems as a high school student.

“My high school English teachers took a few poetry classes with Ross Gay down at Indiana University,” Wagner said. “My teacher had this bizarre, winding zombie poem on his classroom wall. It was written on a piece of cardboard; Ross Gay had written it for him. So, very basically, I was introduced to his poems after asking about a piece of cardboard.”

In addition to writing poems and teaching at Indiana University, Ross Gay is a director for the Bloomington Community Orchard, a non-profit food project that provides free fruit for all.

“So he gets his hands dirty, literally,” Chris Forhan said, referring to Gay’s interest in gardening, “And in his poems he often refers to planting and growing and refers to fruits and vegetables and eating them…wallowing in these sensory and sensual pleasures.”

Ross is the first of 12 visiting writers that will speak at Butler this year. The Visiting Writers Series is an annual series of readings and question-and-answer sessions with some of the most influential people in literature, as well as emerging writers.

Writers are suggested by the public and then typically voted upon by the faculty of the English department until there are six prose writers and six poets that have been chosen.

For many students, especially those studying English like Caitlin Dicus, the Visiting Writers Series is valuable in thinking about the future and imagining career possibilities.

“It’s vital for us to see these people who had and have the same dreams as us, followed them, and made it,” Dicus said. “So many of us have been surrounded by people saying our dreams aren’t practical or just giving a polite and confused, ‘Oh!’ when we tell them we’re writers or English students. To see someone succeed in their passions is contagious.”

Ross Gay’s presentation on Thursday will be in the Schrott Center for the Arts at 7:30 p.m. It is free and open to the public and counts as a BCR credit.