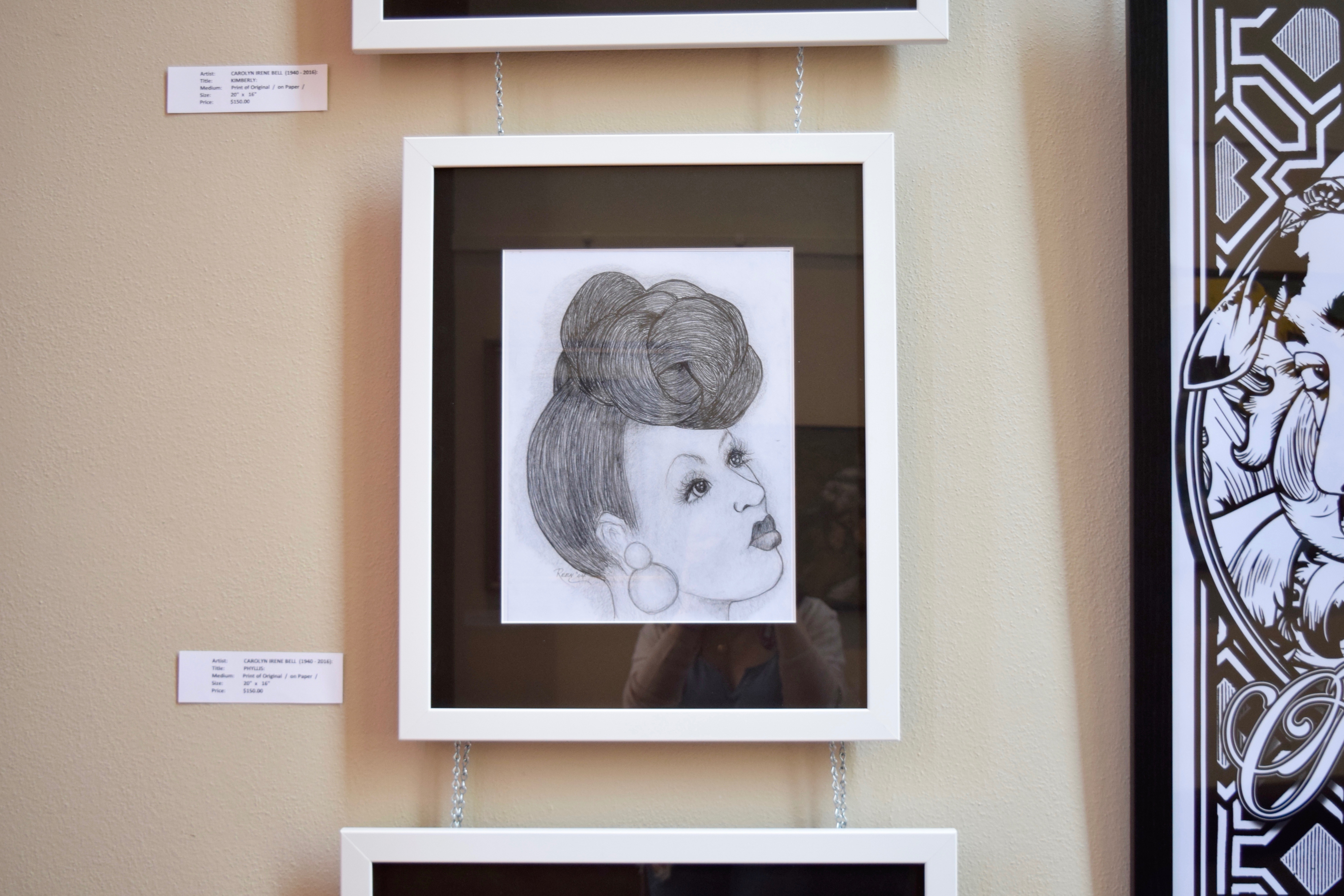 Last Thursday, Aug. 17, Clowes Hall was not just a performing arts space, but also a discussion space and venue for visual art.

There was a tour of the FLAVA FRESH! exhibit, an Indianapolis-based juried series of contemporary art that was visiting Clowes. This was followed by a Clowes Conversation with local curators D. Del Reverda-Jennings of FLAVA FRESH!, Shannon Linker of Gallery 934 and the Arts Council of Indianapolis, Kyle Herrington of the Indianapolis Arts Center and Kyle Ragsdale of the Harrison Center.

The tour was lead by D. Del Reverda-Jennings, an award winning interdisciplinary artist and the founder and independant curator of FLAVA FRESH!.

Her mission with FLAVA FRESH! is to help beginner and emerging artists in their desire to enter the art world. Chosen artists receive exposure through a series of consecutive exhibitions that travel to venues throughout Indianapolis, from Clowes Memorial Hall to the Indianapolis Public Library to the Ivy Tech Community College art gallery. This way, visual art is brought to people who may not otherwise experience it.

“[FLAVA FRESH! is] a thorough training ground for participants,” Del Reverda-Jennings said. “They have to work to participate. An artist can’t just reach back into storage and pull out an old piece of work created twelve years ago and expect it to be displayed in our exhibitions, it has to be fresh.”

And since every piece of art is newly made for each exhibition, every FLAVA FRESH! show is completely different from the last.

FLAVA FRESH! also works to promote diversity through featuring the art of people of all different ages, races and backgrounds. The exhibit has senior art participants in their 80s as well as children, who the exhibit began to feature in 2015.

“In many ways we are like an extended family of sorts and have maintained diversity due to FLAVA FRESH! being an all gender, intergenerational venue of individuals who are dissimilar but who have a similar vision,” Del Reverda-Jennings said.

FLAVA FRESH! is also about uniting people during a time of division.

“With the world so greatly affected by malevolence, violence and separatism,” Del Reverda-Jennings said, “[the exhibit] is about different individuals creating art with various disciplines, genres and levels of expertise, sharing their lives through creativity, focusing upon art.”

During the tour, some of the artists presented their artwork and talked about the meaning behind it. In total, there were 58 artists’ work featured.

The granddaughter of Carolyn Irene Bell, an artist who passed away in 2016 and had several pieces featured in the exhibit, presented on behalf of her grandmother. She said that most of Bell’s sketches were of the faces of normal, everyday black women. Bell wanted to celebrate the beauty of normal women, rather than airbrushed singers and celebrities.

Another artist, Lenny White, presented a photo called Inauguration Day 2017 that was a reinterpretation of the famous photo of Malcolm X looking out a window. He also had another piece called “You Can Not Legislate Me”, that showed a woman’s naked body on top of a ‘soap box’ being blocked by a microphone. He said it was meant to represent how “politicians tell women what they should and should not do with their bodies.”

The exhibit also featured art of all different mediums, including a piece by Shunae Drake (AVALA) titled “Support Me.” It was a mixed media sculpture made out of bed sheets.

After the guided tour there was a discussion with four local curators: Shannon Linker, D. Del Reverda-Jennings, Kyle Herrington and Kyle Ragsdale.

The curators discussed the challenges of growing Indianapolis’ art scene, including how the majority of commercial art galleries in the past ten years have closed, and how Massachussetts Ave is no longer the arts hub that it used to be.

Shannon Linker, the Vice President of the Arts Council of Indianapolis and director of Gallery 924, estimates that up to 30 galleries have closed in the last 10 years. “It is hard to come up with an exact number of galleries that have closed, as so many come and go so quickly,” she said.

Right now, there are only three commercial for-profit galleries in downtown Indianapolis. The rest are alternative spaces, pop-ups, or non profits which have become prevalent in recent years.

Linker believes that alternative spaces have become so popular because, now that most commercial galleries have closed, they are the only remaining option to showcase visual art.

The curators also emphasized that arts organizations are working to become more engaged with the public.

The Indianapolis Arts Center offers classes for the public and free access to their galleries.

The Harrison Center opens all of its artists studios to the public several times a year and has exhibits every first Friday of the month.

Gallery 924 has a series of unique exhibits such as the “TINY” exhibit in December that features only small pieces of art.

The FLAVA FRESH! exhibit will continue in Clowes until Sept. 11. Their next exhibit is at the Indiana Landmarks Center from Aug. 30 to Sept. 28.

In order to apply to participate in the FLAVA FRESH 15! 2018-2019 Series, send your contact information, website, biography, and four to six images of your artwork to FLAVAFRESHINDY1@gmail.com. Put your name and “2018-2019 Artist Submission” in the subject line.