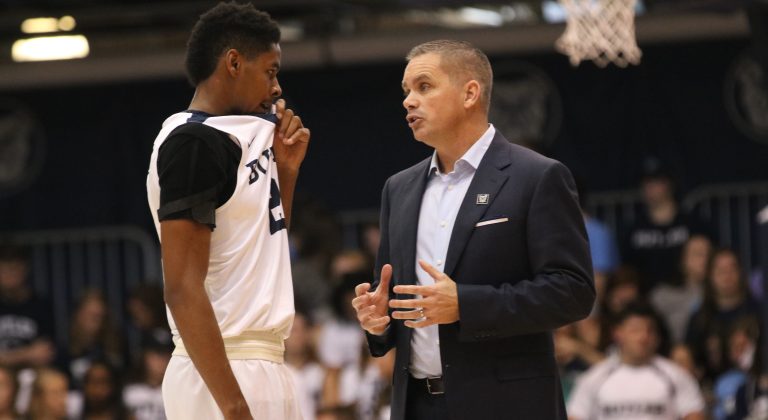 Chris Holtmann could have retired at Butler. He could have spent another 15 or 20 years fielding a consistent NCAA Tournament team with regular appearances in the Top 25.

He took a team that went 14-17 the previous year and lead them to a 23-11 record his first season as interim head coach. The Bulldogs won at least one NCAA Tournament game every year of Holtmann’s tenure.

His job would have been about as secure as a high-level college basketball job could possibly get.

Instead, Holtmann left to take over an Ohio State program that went 17-15 last year.

Thad Matta’s last game in charge of the Buckeyes was a loss in the first round of the Big Ten Tournament to a lowly Rutgers team that finished the year 15-18.

So, why did Holtmann leave the safety of Hinkle Fieldhouse for this job? The fact that Ohio State is almost tripling his annual salary from roughly $1.2 million, according to the Indianapolis Star, to $3.1 million helps.

Statistics from the United States Department of Education.

But it is more than that. Holtmann is now the head coach at The Ohio State University, one of the biggest brands in college athletics. The Buckeyes spent $19 million transforming their basketball practice gym into a state-of-the-art facility in 2013, complete with a kitchen area and ping pong table.

While it certainly doesn’t look like it now, the Buckeyes are not far removed from being an elite college basketball program. Ohio State played in the national championship game in the 2006-2007 season.

Since then, they have appeared in another NCAA Final Four, two Elite Eights, and four Sweet 16’s. The last 11 seasons have also brought four Big Ten regular season and tournament titles to Columbus. In the same time frame, 25 four-star and seven five-star recruits have signed with the Buckeyes.

The Big Ten boasts big brands with proud basketball traditions: Indiana. Michigan. Michigan State. Wisconsin. Even Northwestern, who had never been to an NCAA Tournament until last season, won its 2017 first round tournament game against Vanderbilt.

Ohio State is not like other jobs Holtmann quickly shot down in the past, such as Georgia Tech and Tennessee.

Georgia Tech and Tennessee don’t have the likes of Evan Turner, Greg Oden, Mike Conley, Jared Sullinger and D’Angelo Russell coming through their program, and neither does Butler.

Holtmann had it good at Butler. He had just signed a contract extension through the 2024-25 season and reportedly turned the Ohio State job down originally to stay at Butler before deciding to take it.

Holtmann’s decision to leave Butler for Ohio State was about money and resources. The reality of the situation is Ohio State can offer its coaches and players things that Butler simply can’t.

The last two Butler coaches to accept other jobs are now at Ohio State and the Boston Celtics. The three before them left for Nebraska, Iowa and Xavier, who was in the Atlantic 10 at the time.

Barry Collier and Todd Lickliter, who took the Nebraska and Iowa jobs, respectively, lasted a combined nine years at the schools. Collier now serves as Butler’s vice president and director of athletics. Thad Matta, who took the Xavier job, went on to Ohio State, where is he now being replaced by Holtmann.

It took $48 million and the allure of Ohio State and the Boston Celtics to pry Stevens and Holtmann out of Hinkle Fieldhouse. Maybe the day will come when Butler is a destination job that no one will ever want to leave.

However, as long as its coaches are being offered elite jobs and millions of dollars Butler doesn’t have, they are bound to leave eventually.