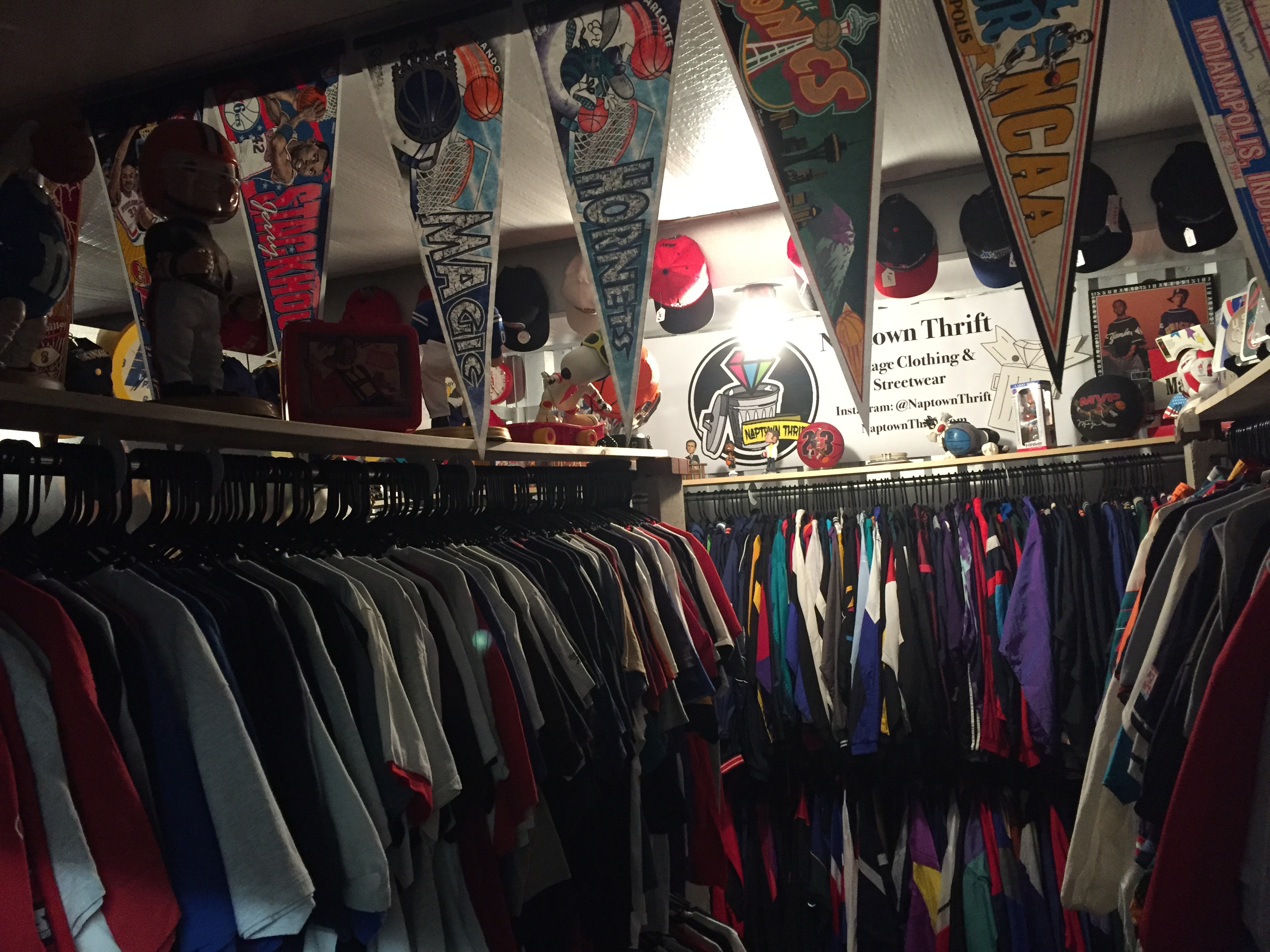 Aaron Marshall, known in hip-hop as Double A, is a Butler junior studying recording industry studies. Along with his growing music career, Marshall has been running a retro thrift shop, Naptown Thrift which he hopes to move from a storage unit to a store front close to Butler’s campus. In this week’s Bulldogs of Butler, Marshall talks about his passion for music, his business and his city.

The Butler Collegian: What got you into hip-hop, and when do you think you realized you wanted to try and make music?

Aaron Marshall: So, I got into hip-hop probably around fourth or fifth grade, just from my friends talking about it. I hadn’t been raised around it, but I was at public school where that was the main music genre to listen to, so I wanted to be able to relate to what my friends were listening to. So, I asked my parents to get me a CD, and, because they didn’t want me to listen to anything explicit, the only clean CD they could find was Jibbs featuring Jibbs, the one with “Chain Hang Low” on it. From there, I started listening to a bunch of different artists. I was really influenced by Kanye and Lil Wayne because they were really big at the time and the sky’s the limit from there. What made me realize I wanted to start rapping was listening to a lot of the “ringtone rap era” music at the time… Soulja Boy and simple stuff like that… I realized that I could do more than this. I got confident enough and thought that, if I practiced enough, I could make an impact in this genre. Even before I got into rap, I was into poetry and rhyme schemes and writing in general, so that part was already there. Then, my interest in hip-hop collided with that. When people started telling me my music was good, that validated for me that I could pursue it further.

TBC: Were there or are there certain artists that inspired you to start rapping seriously? Who’s your favorite artist?

AM: When I was younger, Kanye was really big, but, even more than him, Lil Wayne was the best rapper in the world for a solid five-year span. When I was really getting into hip-hop, it was right before he dropped “Carter III” and “No Ceilings.” When that came out, he was on a different level; he set the tone for what hip-hop was at that time. That set the bar for me in terms of what my skill set needed to be. I’m still working to get on that level, but he made everyone bring out a different gear in themselves to take hip-hop to the next level. Recently, I’ve been listening to a lot of Kendrick Lamar, who is right now setting the bar for the rap game, both lyrically but also visually. As an artist myself, I’m starting to realize more and more that the visual presence is becoming so important. More people are going to click your music video instead of just the song. But as far as new talent goes, I’ve been listening to GoldLink out of D.C. and a young guy named Ish DARR from Milwaukee.

TBC: You have a few tracks that have a significant amount of listens and likes on SoundCloud, “GOLD” has 30,857 plays, 685 likes, and “Feel,” off the Feel EP, has 16,133 plays and 283 likes. What did you think when these tracks started to get this exposure?

AM:  Man, I wasn’t expecting these to blow up at all, it was all organic. I didn’t pay for any promotion or advertising. But, I did post “GOLD” on the hip-hop page of Reddit and I think it got pretty high on there, so that helped a lot. Also, my own social media promotion helped expose it to more people as well. It’s crazy because that’s a year old now and it’s still my number one played track every week. With no outside promotion besides myself, I’m pretty proud of those numbers. But for “Feel,” a good friend hooked me up with a good blog placement in a blog called Indie Shuffle that has a lot of dedicated listeners, so that helped get a good response.

TBC: Are you working on any new projects?

AM: Yeah, it’s been kind of a long time in the making, but my next project is going to be called “Delawhere,” and will hopefully come out in May. I’m just waiting for my features to get back to me. It’s called “Delawhere” because I was born on Delaware Street in Indy. I changed the last part to from “ware” to “where,” meaning wherever I go I’m taking that street and my city with me. I’m planning on releasing a single off of it called “Stacks” in the next few weeks, so watch out for that on SoundCloud.

TBC: What are your goals for your music career? What about your business Naptown Thrift?
AM: Both my music career and business have been doing really well, so I’m in a really good spot right now, which is nice to be able to say. As far as Naptown Thrift goes, I want to open a storefront here in Indy, hopefully in less than a year. Originally, I wanted to do it after I graduated, which would be next year, but I want to do it earlier. I want to work part time there until I graduate and am able to commit myself fully to it. It’s really gained some popularity in the city. As far as music goes, the streetwear and thrift scene go hand in hand with hip-hop and they’re the culture right there. I’ve met so many other artists, videographers and photographers through Naptown Thrift and clothing. Hopefully, when I open this store, I can continue doing music and making connections while I’m there.