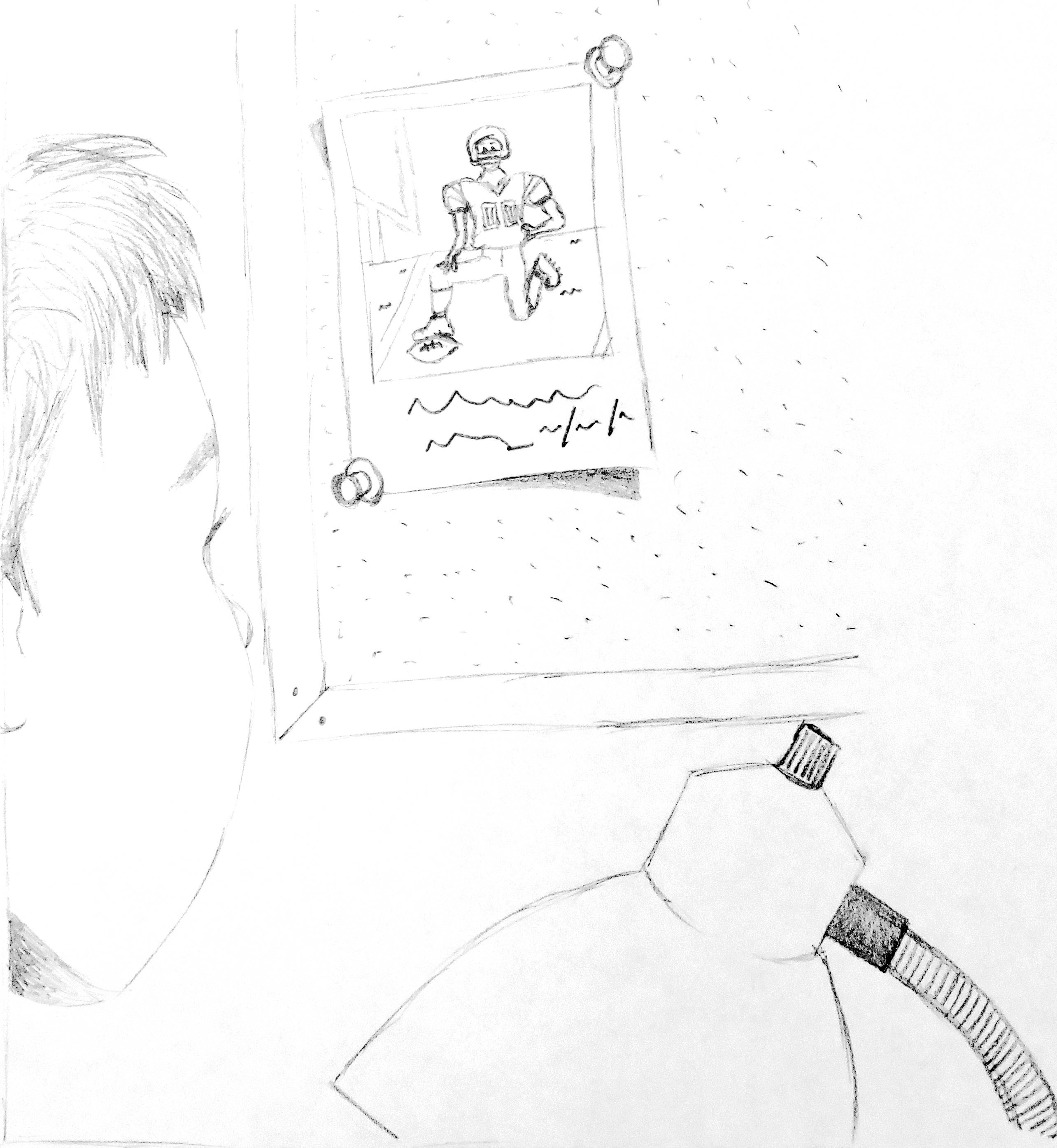 Today, more than any other time in our history, is a time for heroes. For better or worse, athletes are magnified into larger-than-life personas, stretching past the media’s spotlight and seeping into our lives in an osmosis of fame and glory.

They are immortalized for making childhood dreams come true, for shooting the puck at an impossible angle to end a championship drought, for sending the bowl of chips sailing off our laps and into the air as we celebrate in the dim light of the television.

Growing up, it wasn’t so much what the athletes did. It was how they did it that had me completely enamored with their world.

I wanted to trash talk on the school playground the way Larry Bird mouthed off in the Garden. LaDainian Tomlinson slept with a football — I carried a baseball into bed at night, and gripped the seams in the dark the way other seven-year-olds might grip a security blanket. If Michael Jordan played in the 1997 Finals with a flu, then I was going to run at conference with my head cold.

They were my heroes, and I filled in spaces of my narrative with their own stories. We grasp for what makes our heroes tangible, extending our reach onto the podium we place them on.

Until something sends us reeling back.

We made our heroes big under the spotlight and watch them shrink under the same light. We witness the descent of our heroes take the same plummet as that of an Icarus.

Inflicted with emotions resembling the stages of grief, reverence is replaced by denial and anger, slowly followed by reluctant acceptance of reality snapping into place.

For every athlete’s poster I tacked onto my wall, I was taking one down. It was crushing. And it was my own fault. It’s our own fault.

Adrian Peterson never asked to be hung up on the wall of my bedroom.

But heroism is the result of overcoming injuries and wearing the pinstripes, of breaking records and joining the 500 home run club.

The easy answer would be to not make athletes our heroes at all. To limit our attachments to what they do on the field alone. Yet evidence of our admiration for what athletes do on the field is all around us.

It’s in the way Serena Williams fearlessly presses against the court’s baseline — and the way a 12-year-old spends hours outside mimicking the arcing motion of the same serve. It’s how Cam Newton celebrates — and how smaller variations of the dab swept through the end zones of Pop Warner football.

We channel our inner heroes and imitate what they do best. Dominate a game with forehands and backhands. Break tackles with agile footwork and strength.

Everything else — the value of character and compassion, the nature of honesty and disposition of integrity — comes from the people you know best.

It’s the teacher who stayed after class with you to go over one more math problem. And the friend who pulled you out of the slump. It’s the sibling who kept your secret.

The heroes we need are all around us. Yet they are overshadowed by athletes we see as heroes.

For every 10-year-old hanging a poster of Tom Brady, there is an older brother showing him how to throw his first spiral. I hope his walls fill with posters of baseball prodigies and basketball sensations. I hope his heroes remain larger-than-life, their image made immense by the possibilities of breaking records and winning championships.

When the athletes on his wall rise and fall, I hope he’ll remember the way his fingers released that first spiral. I hope he remembers that his older brother was there to catch it.

I wanted to race across the outfield the way Willie Mays ran to make The Catch. But it was my dad who taught me how to play catch. To love the pop and release of every toss, the consistency of every angle in a throw. There’s something heroic in teaching someone how to love the ordinary in what made Willie Mays extraordinary.

We ask athletes to be heroes of the extraordinary. To champion our nights with such flawless execution on the field, our understanding of limits are redefined. We ask for the heroes of pennant races and game sevens of the Stanley Cup.

We ask, but the heroes we need most, are the ones we never had to ask for.