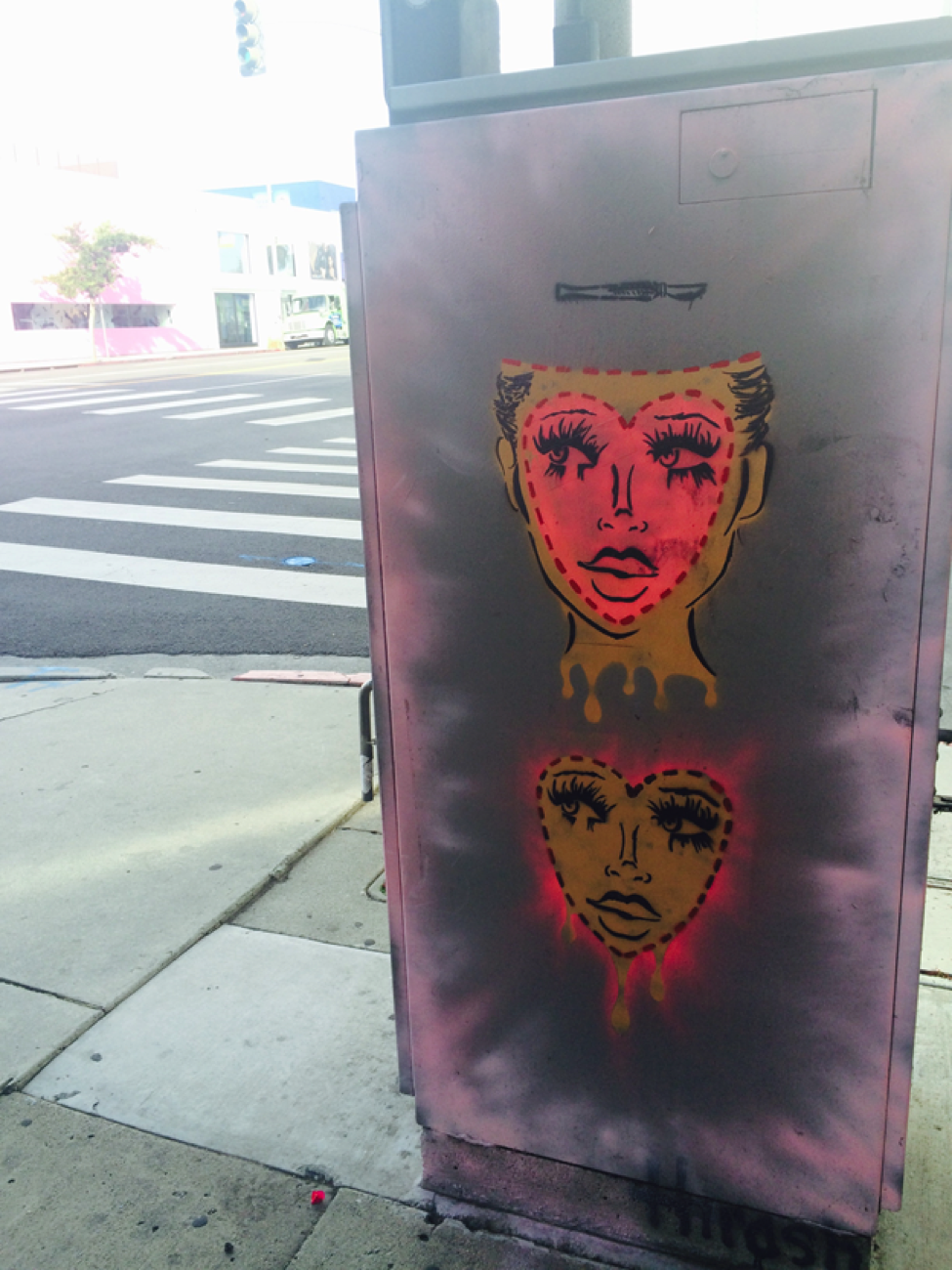 This spring break, I braved two lonely flights in order to visit some friends in Los Angeles. At first I thought of LA as a fabulous and glamorous place with Beverly Hills Housewife-esque women everywhere.

I quickly discovered that the most glamorous things to see in LA and Hollywood are the things that some may find delinquent or out of place.

First of all, the fashion is extraordinary and the people aren’t afraid to show their unique personalities through their clothing.

However, the best shown personalities are those of the street artists.

Street art is available for viewing at every corner, power box and light pole—and the best part is, it’s free!The vibrant colors give the walls character and tell stories, like all other forms of art are made to do.

On Hollywood Boulevard, along with the celebrity stars, murals of celebrities are all over the place, such as the giant portrait of Frank Sinatra.

Frank Sinatra painted on a rolling door on Hollywood Boulevard.

Without this abstract street art, little color or vibrancy would exist in the city. A dark alley is up-cycled with paintings of cats, and an apparently meaningless street sign is covered in stickers and graffiti.

Cats painted along a wall in an alley.

Locals knew of some art museums I could visit, but they talked much more highly of the street art, and told me to look for the graffiti instead. So, I did.

And I found some of the most beautiful paintings I have ever seen.

Hollywood High School bears a giant mural of Judy Garland as Dorothy, along with other entertainers like Selena and Cher.

Mural on the wall of Hollywood High School.

Obey, a clothing company, has a great way of advertising in West Hollywood with a 70-foot mural displaying the Obey Peace Elephant.

Mural for the brand, Obey.

Many garage doors, front doors and back doors are made bright and they light up the entrance to the many shops.

And the most famous piece of art that LA holds- of course- the Hollywood sign. This sign is visible throughout most of Hollywood and is one of the most visited tourist attractions in the area. This giant piece of art really puts a stamp on the city.

On of the many decorated entrances of shops in LA.

The Hollywood sign set against the backdrop of green trees and blue skies.

The art I saw was inspiring, enlightening and really cheered up my morning walks. This graffiti is not seen as trashy. Rather, it is the most typical form of art that LA has to offer. The locals are proud of the murals and stamps all over the city and it was, in my opinion, the best part about Los Angeles.

The murals and graffiti prove that all forms of art, even when slapped on the side of a building in an alley, are beautiful and meaningful.