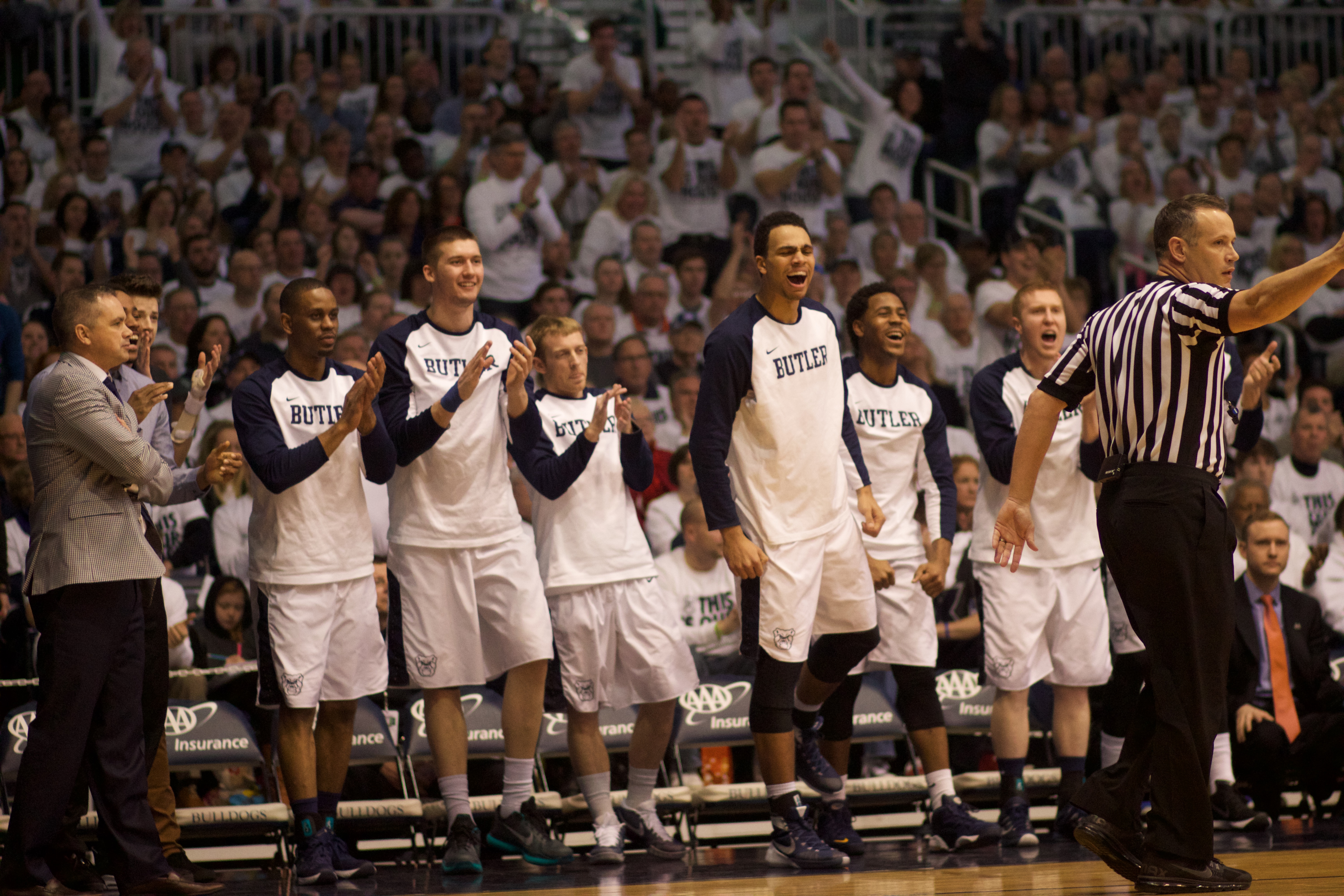 Being a Division I athlete comes with perks.

Along with a select amount of tuition scholarships, players get free meals and thousands of dollars worth of free merchandise in the form of sneakers and apparel.

Most people forget about the opportunity to travel the country, or the world, playing their sport.

High-profile Division I teams travel to places such as the Bahamas, Florida, California, and in Butler’s case Puerto Rico. The opportunities the men’s basketball team – and the baseball team – have are extremely unique and provide the student athletes with an experience unique to few college students.

Just four short years ago, Butler basketball was a member of the Horizon League, a small, ten-team conference that included mostly midwestern universities. The close proximity of all the schools meant the team mainly used bus transportation, making travel plans simple and easy.

The move to the Atlantic-10 and eventually the Big East, and the subsequent boost in funding, introduced the need for flying to schools like Providence College, Seton Hall University and St. John’s University.

The distance sounds like it should be a problem preparation wise, but junior guard Steven Bennett said it actually is not.

“I don’t think it changes it too much, we are on a pretty strict schedule in the way we prepare,” Bennett said.

The typical schedule for the basketball team starts off with a bus ride to the private airport where the team flies privately to almost all away games. After the flight, the team boards another bus to the hotel where team meetings and film sessions take place.

“The hotel gives us a conference room that serves pretty much as our locker room,” junior manager Pat Baker said. “We eat meals there, watch film and have meetings. The process for preparation mainly takes place in the hotel, where players go through their personal routines to go through games.”

People may assume that the players get free time to roam and sight see in the cities where they travel, but because of preparation players mainly stay in the hotel.

“We do get some free time, but not the free time to go out and sightsee,” Bennett said. “Most guys relax, take naps, watch movies or just hang out. The main goal is to rest up and mentally and physically prepare for the game.”

The coaching staff does its best to maintain a strict itinerary so players have blocks of time to relax, get treatment and eat.

“For the most part [the coaching staff] has a pretty good control on the travel, we don’t usually have many issues come up” Bennett said.

Despite all the planning that comes with travel, for most players their minds stay focused on the game.

“You have to stay focused, play mentally tough and don’t get outside of yourself,” sophomore forward Kelan Martin said. “No matter what you have to be prepared and ready for your opponent.”

“It’s almost easier when we travel,” Baker said. “Everyone is in one place, we don’t have to worry about classes that day and it’s easy to get a hold of players.”

“At home, gamedays are more relaxed,” he said. “I can go to our walkthrough and then just relax until game time, but on the road, the schedule can impact my routine.”

This past November the team traveled to San Juan to compete in the Puerto Rico Tip-Off where they faced off against Southern Missouri State University, Temple University and the University of Miami.

“Puerto Rico was great because we got to get away to warm weather and compete against some great teams,” Davis said.

On normal trips, the team does not get time to walk around the different cities they travel to. In Puerto Rico, the team got time to relax on the beach and get closer as a team.

“The main difference in Puerto Rico was the people thought it was fun and games,” Bennett said. “They didn’t understand the seriousness of the games and the impact that they would have on the teams as far as losses and tournament status.”

The baseball team has a similar, unique experience, as they are traveling to Alabama to kick-off their season. The team will be traveling to play Samford University and Charleston Southern University.

During spring break, the team will travel to Florida to play against top name schools such as Northwestern University, Boston College and Indiana University.

Sophomore outfielder Tyler Houston said the distance will not impact the team in a negative way.

“No matter what we always try to keep the same routine,” Houston said. “The only difference is the time we get to prepare, but despite that, we just try and find a rhythm.”

Freshman pitcher Matt Ryan said he looks forward to traveling with the team and is anxious to get his career underway.

“Playing in college is a whole different world for me,” Ryan said. “Coming out of high school and getting to travel to all the different universities is exciting.”

Butler baseball head coach Steve Farley has no problem with hitting the road to play games.

“I think our players are oftentimes better focused when playing on the road because there are fewer distractions,” he said. “We stay in a hotel, we eat our meals as a team, it’s a set schedule. At home in Indy, there are friends, girlfriends and more people asking for your time. I don’t have to worry about too much on the road.”

Farley still worries when on the road, such as the preparation for the spring break trip and the missed classes that come with leaving Indianapolis.

“Our spring break trip to Florida requires a lot of detailed planning, as it is the only trip where all the players on our team travel, and we are at a location for an entire week instead of just a weekend,” Farley said. “Our players are serious about their schoolwork, and it is a challenge for them to put in the hours needed for workouts and games and still stay on top of their academics.”

With the recent rise of Butler athletics, more opportunities have come with it. Better travel is the first item on a long list of perks for these student athletes.