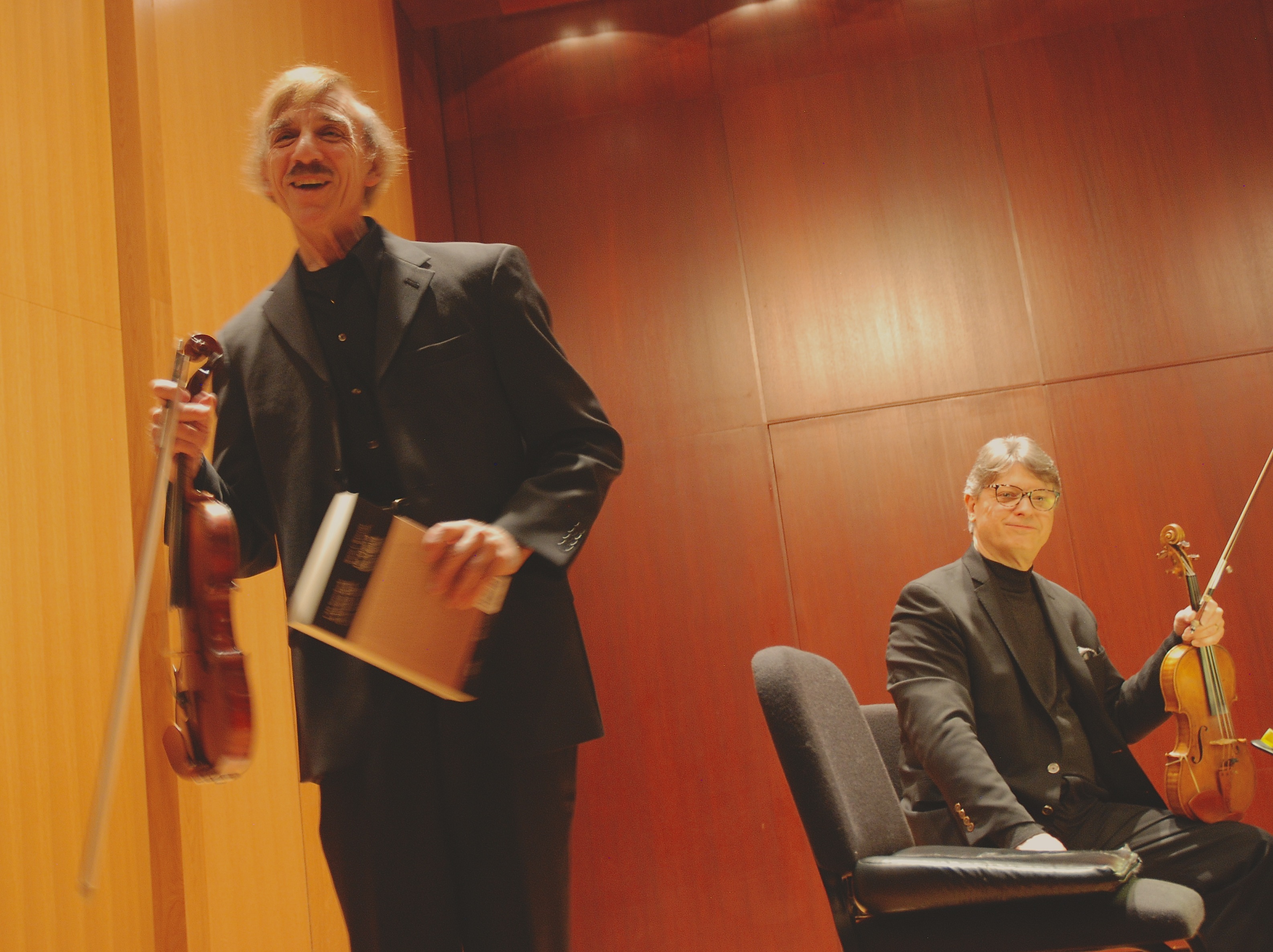 When it comes to instrumentation, there is not an underappreciated group quite like the string family: the violin, viola and the cello.

Professor Larry Shapiro speaks about the repertoire for the night.

Butler students could experience the sounds of these instruments this past Tuesday in the Eidson Duckwall Recital Hall through the mastered hands of Larry Shapiro, Byron Plexico, Colette Abel, and Margot Marlatt in a showcase entitled Four on the Floor.

Each piece included in the evening’s event was a classical one, and the show featured the works of quintessential composers like Joseph Haydn, Samuel Barber, and Maurice Ravel.

The quartet captured the audience’s attention right away with Haydn’s Quartet in F Major, Opus 20, #4. The warmth and tenderness that radiated from the harmony between all four instruments was truly indescribable.

With the second piece, the quartet honored the composer Samuel Barber by playing his famous String Quartet, Opus 11, containing what is sometimes called the “Saddest Piece of Music”: Molto Adagio. Having heard the piece through Shapiro’s famed 1772 violin crafted by Nicholas Gagliano, it is clear why such a composition is still so iconic.

Larry Shapiro, Byron Plexico, Colette Abel, and Margot Marlatt bow through three sets of applause at the end of the performance.

After an intermission just long enough to catch your breath, the quartet spiced things up once again and ended the evening with the works of Maurice Ravel, including Quartet in F Major. From the amazingly sharp plucking work of the cello done by Marlatt to the conversations between Abel and Plexico’s viola and violin, the piece took many twists and turns and left the audience in a wondrous state of sonic whiplash.

At the beginning of the night, before the musicians took their seats, Shapiro stated that the showcase would not merely be a presentation of classic works, but rather a “conversation between four intelligent equals.” He couldn’t have been more right.