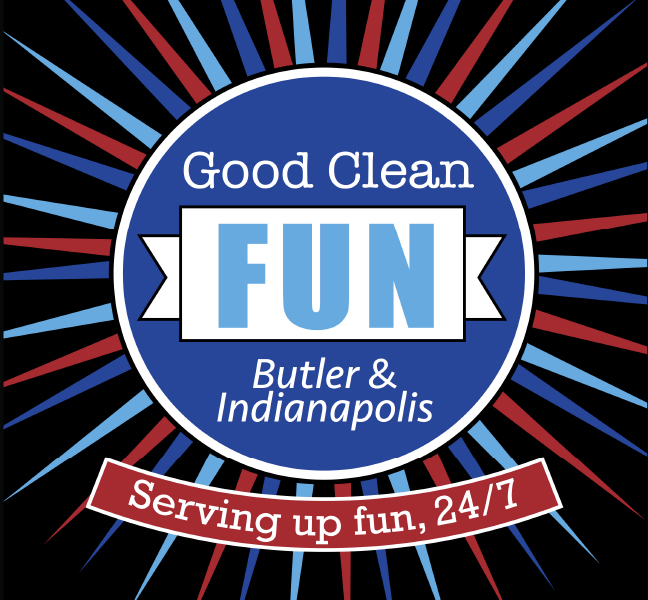 Out on the Town

The social-media account Good Clean Fun provides information about events happening around campus and Indianapolis to students at Butler.

Good Clean Fun, originally called Sober in the City, was created a decade ago in response to patterns of high-risk drinking discovered through a student survey.

“The survey asked those students why they were making these choices, and a lot of students responded with, ‘There’s nothing to do, there’s nothing else going on,’” said Sarah Barnes Diaz, Butler’s health education and outreach programs coordinator. “And it’s so not true. There’s so much going on.”

Junior Katie Utken, one of the faces behind Good Clean Fun, believes that the organization started with a bad reputation.

“I think some people avoid it because they think it’s for the goody two-shoes or the people who don’t party, but it’s really a good resource for anyone to follow,” Utken said. “We want people to come to it when they’re like, ‘I have nothing to do this weekend!’ or, ‘What’s going on Friday night?’”

This summer, Utken worked with Diaz to rebrand the account and create a new logo.

Utken said she hopes by changing the design of the account, students who may have had an aversion to it before will now be inclined to check it out.

Now, the organization advertises itself as “Your one stop shop for all things fun at Butler University and beyond ‘the Bubble.’ Usually cheap. Typically awesome. Always hangover free.”

In the past three years, Butler has also tried to help inform incoming students about alcohol, drugs and sexual misconduct through an online class provided by MyStudentBody, a program that “reduces risky student behavior using strategies that research has shown are most effective–motivational, attitudinal, and skill-training interventions,” according to its website.

Through the class and its survey, students share information about their perceptions of other college students’ alcohol use as well as their own.

Students who have drank alcohol in the past year… | Create Infographics

This summer, 912 Butler students completed and passed the class.

434 of the university’s students said they had not used alcohol in the past year, according to the study.

In other words, the survey showed that 48 percent of Butler’s class of 2018 did not drink alcohol their senior year of high school.

The MyStudentBody survey also asked the students, “In your opinion, what percentage of college students has not used alcohol in the past year?”

The freshmen thought that only 25 percent of students abstain from alcohol use, when, in actuality, close to half of their class had not used alcohol in the last year.

Only 19 percent responded they had used alcohol in the last year and had binge drunk in the last two weeks of taking the survey.

The National Institute on Alcohol Abuse and Alcoholism’s website defines binge drinking as four drinks for females and five drinks for males in one occasion.

“It seems like there are some students who really don’t want to drink, but that seems like the easiest way to be with people,” she said. “Hopefully, something like Good Clean Fun can make it really easy for students to check out what’s going on.”

Sophomore Jessica Graham also  said she hopes Good Clean Fun can provide a healthy alternative for students on the weekends.

“There are lots of people who are interested in drinking and the party scene, so having a resource that shares information about other activities that aren’t so detrimental to their health is interesting,” Graham said.

At the other end of the spectrum, exploring past the “Butler Bubble” is a priority for some bulldogs.

“My 2014 New Year’s resolution was to explore Indianapolis more,” senior Taylor Brown said. “I have plans to go tandem biking next week, I went to Mass Ave. last month and I’d love to go duckpin bowling.”

For students who just moved across Indiana, or even the country, maneuvering around Indianapolis might not be as easy.

“If I saw something I wanted to go to, I’d tell my friends and see if they wanted to go,” freshman Kaitlyn Sawin said. “I’d probably not go alone, though, and it’s hard to get downtown without a car.”

Good Clean Fun posts and retweets about organizations and businesses of all types.

“Even if I’m not going to go, I like to know what’s going on in the world around me,” sophomore Abby Dolan said. “I definitely want to get off campus, check out what there is to see and meet new people.”

Making Butler’s student body more aware of what is going on downtown has been part of Good Clean Fun’s initiative for the last ten years.

Businesses have caught on to Good Clean Fun’s motive and make sure that news regarding their events is publicized.

For example, the Children’s Museum of Indianapolis is offering free admission for all full- and part-time students enrolled in Indiana colleges every Sunday through Nov. 2.

Email paws@butler.edu if you would like to see an event or activity shared on its page.

“I think that if you look close enough, there’s a lot to do in Indianapolis,” Utken said.