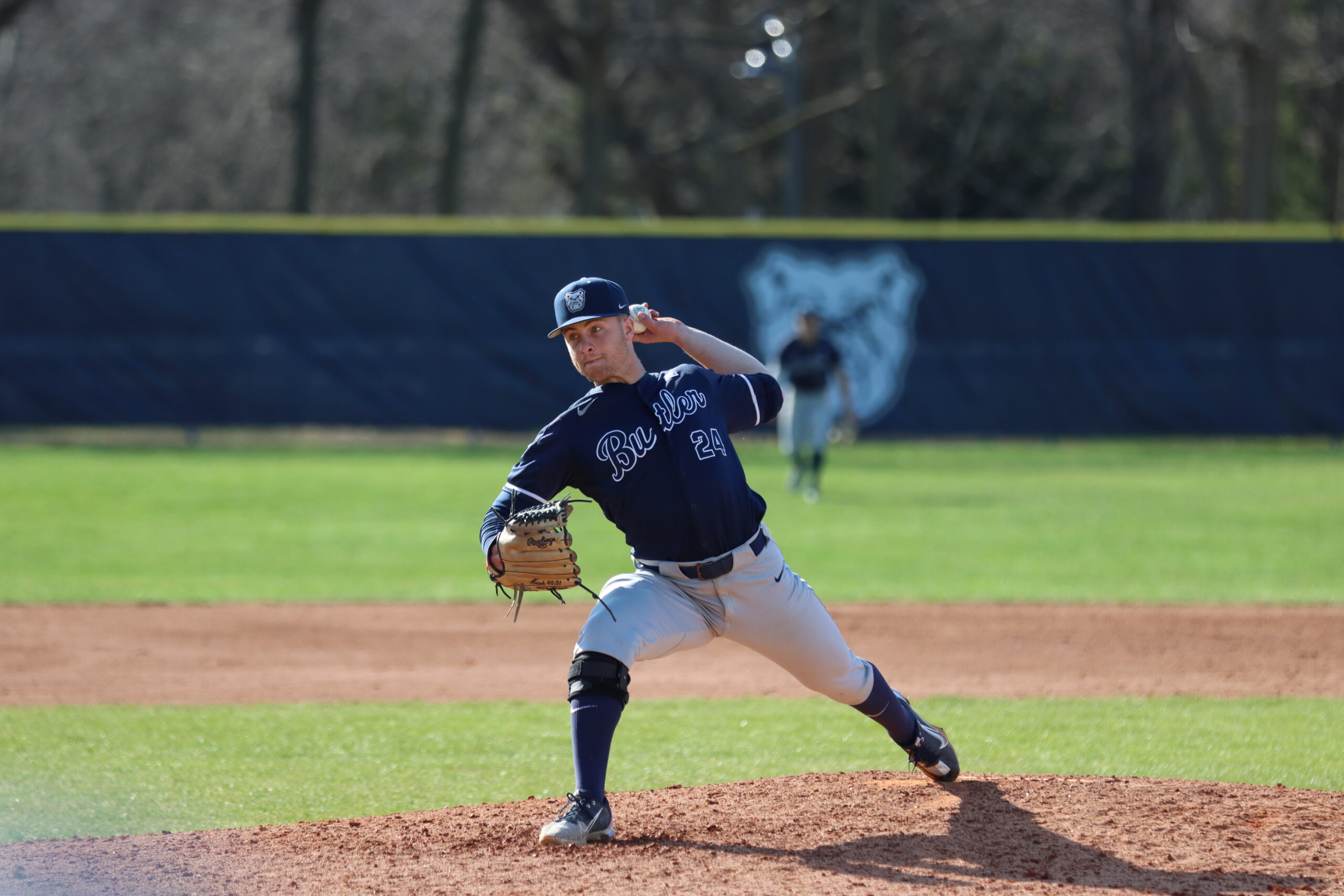 Men’s and women’s track and field performed at a high level at the Raleigh Relays this past weekend. Redshirt senior Barry Keane had a time of 28:15.60 in the 10,000 meter run, placing him in second out of 107 runners. The winner of the race broke the track record, making Keane’s time the second best time in Division I this season. Sophomore Zac Stanley placed eighth out of 40 participants in long jump with a mark of 7.18 meters.

Both Chandler McGaha — 3:50.84 — and Corinna Pena — 4:25.86 — finished with personal bests in the 1500 meter run, winning their sections. Along with Pena, finishing with PRs in their events were Rebecca Collester in the 100 meter dash, Maddie McLain and Morgan Werner in the 5000 meter run and Kami Hankins in the 10,000 meter run.

Women’s tennis came out on top against Western Kentucky, winning 4-3. The Bulldogs were down in the beginning of the match after losing the doubles point and a single match.

This was the third time Beavin has clinched a team win for the Bulldogs this season. The Bulldogs record improved to 6-11 while the Western Kentucky Lady Toppers moved to 13-7 this season.

Women’s lacrosse lost to the Cincinnati Bearcats 12-16. The Bulldogs fell behind early after Cincinnati’s Ava Goeller scored two goals within the first three minutes. Kaley Attaway responded by scoring a goal a minute later. At the end of the first quarter, Butler trailed 8-3 after goals from both Greer Bireley and Lindsey Schreiber.

Schreiber, Ellie Eisenklam, and Gabryelle Bodine brought the score to 8-6 after scoring three goals within three minutes of the second quarter. By the second half the Dawgs were still trailing 8-10 after a goal from Campbell Connors.

There were a total of 4 goals scored in the third quarter, two by each team. Gabryelle Bodine had both for the Dawgs. In the fourth quarter Cincinnati scored four goals within 10 minutes and the Bulldogs were unable to comeback. The Dawgs scored twice in the fourth quarter, one by Attaway and the other by Connors.

Women’s softball lost 5-8 to the Pirates in the first game of their three-game series this weekend. Seton Hall remained in the lead going into the fourth inning after scoring two in the first and two in the third.

In the fourth, Monique Hoosen drew a walk and scored on a passed ball. The Pirates lead grew to six at the top of the fifth after scoring three more runs. Mackenzie Griman scored in the bottom of the half and one batter later, Maddie Moore hit a single that pushed Ella White across the plate. After five innings, Seton Hall led 7-3.

In the sixth inning, Griman hit a two-run single that got Ellie Boyer and Lauren Fey to home plate. The Pirates added one more run to the score in the last inning.

Men’s tennis emerged victorious against Eastern Illinois with a 6-1 win in the Butler Bubble. The Dawgs swept through the singles matches, winning five out of the six matches in straight sets.

After the Dawgs dropped the doubles point, Alvaro Huete Vadillo picked up the pace with an easy 6-2, 6-0 decision at No. 2 singles. Michael Dickson, Patrick Joss and Michael Karr posted straight set victories at No. 3, 5 and 6 singles, respectively. Thomas Brennan also won at No. 1 singles. Borja Miralles came back from being down a set to win 3-6, 6-5, 7-6(3) at No. 4 singles over EIU’s Charles Courteau.

Butler baseball lost 13-3 to Northwestern with Travis Holt and Aaron Steinhart hitting solo home runs for the Bulldogs. The Wildcats controlled the game by scoring 13 runs off of 12 hits, these runs occurred mainly in the third and seventh inning. The Wildcats scored two in the first, four in the third and secured the win with five more runs in the seventh.

Nick Eaton made his 2022 debut for the Bulldogs. Robbie McCargar was brought to home plate by Ryan O’Halloran with an RBI double to left field. Aaron Steinhart also provided a solo home run in the third.

Following a loss on Friday, women’s softball came back with a win of 4-3 against the Pirates. Seton Hall scored in the first inning, but the Dawgs were up going into the second after Ella White hit a home run that allowed Lauren Fey to score.

The Pirates took the lead in the fourth with a two-run RBI single, making the score 3-2. Gracie Voulgaris hit a solo home run to tie the score 3-3 in the sixth, her first in a Butler Bulldogs uniform. In the bottom of the seventh, Bri Avery slid in just under the tag to secure the win for the Bulldogs.

The Bulldogs secured a win over the Wildcats on Senior day in the Butler Bubble, the score was 6-1. This is the Dawgs fifth consecutive win, making their record 9-7 and 2-1 for the Big East this season.

Butler secured the doubles points with ease at No. 2 with Tom Brennan and Ryan Roegner winning 6-1 and No. 3 with Patrick Joss and Zach Trimpe winning 6-0. Seniors Thomas Brennan and Michael Dickson had straight set wins at No. 1, 6-1, 6-1, and No. 3, 6-0, 6-0. Alvaro Huete Vadillo finished off the match for the Bulldogs with a 6-4, 6-2 victory over Villanova’s Justin Suarez.

Women’s tennis vs. University of Illinois-Chicago

Butler women’s tennis lost to UIC by a score of 4-1. The Dawgs lost in each of the top three flights after losing the doubles point as well. The Bulldogs gained a point at No. 4 singles with Katie Beavin’s 6-2, 6-1 win over UIC’s Dominika Hrabalova, but UIC’s Ana Jover won 6-3, 3-6, 6-4 to secure the match for UIC.

The Bulldogs beat Youngstown State 12-9, securing their fifth win of the season. By the end of the first quarter, the game was tied 4-4 after Campbell Connors scored off an assist from Layla Tattersfield. Kaley Attaway, Ella Squibb and Lindsey Schreiber also scored for the Bulldogs.

Going into the second half the Bulldogs lead 9-6. Greer Bireley scored one, Connors scored two, Schreiber scored one and Tattersfield scored one as well.

The third and fourth quarters were mostly defensive oriented with both teams scoring three goals each. Connors, Schreiber and Attaway scored the three goals for Butler. Aleigh Monroe and Katie McGrath also contributed to the win by making five saves each.

The Bulldogs clinched a 11-10 win against Northwestern at Itchy Jones Stadium. Butler’s odds were not looking good at the start of the ninth inning down by a run, but James Gargano kept the Dawgs afloat with a double on a 2-2 count.

Kollyn All sent a ball over the wall in left field, and both Travis Holt and Ryan O’Halloran each had three hits to lead the Bulldogs. The Dawgs scored their 11 runs off 11 hits and excelled in the field as well.

Softball secured their second win over Seton Hall this weekend with a 4-1 victory. The Bulldogs scored in the first, fourth and fifth innings. Seton Hall scored one run the whole day at the top of the seventh with a home run. Monique Hoosen had her seventh home run of the season and the 10nth of her career.

Butler has won each of its first three series conference games — Villanova, 2-0, DePaul, 2-1, Seton Hall, 2-1. This victory marked 264 wins for Coach Scott Hall and gave him the title of most wins of any coach in the history of Butler softball.

Butler men’s golf had their second consecutive top-two finish after coming in second place in the Butler Spring Invitational. Play ended Tuesday with 18 holes after inclement weather shortened Monday’s play to a single round as opposed to 36.

Seven of Butler’s 10 players finished in the top 25. Redshirt freshman Daniel Tanaka finished tied for eighth with a score of 142 (+2). Senior Raymond Sullivan’s score of 143 tied him for 12th. Freshman Damon Dickey tied for 17th with a score of 145 (+5). Graduate student Nick Williams, playing as an individual, also tied for 17th with identical scores to Dickey. Henry Quinn, Weston Guili and Michael Tanaka all finished at 146 and in a three-way tie for 22nd.

The Bulldogs’ next event will be from April 9 to April 10 at the Boilermaker Invitational in West Lafayette, Indiana.

Butler baseball won on the road against Bellarmine 7-4. Freshman Cole McDaniel was awarded the win after pitching 5.1 innings and not allowing a hit until the fourth.

Freshman Adrian Vega earned his first save of the season by striking out six batters and only walking one. Sophomore Billy Wurch and graduate student Travis Holt both led the Dawgs offensively with two runs each.

Butler’s next opponent will be Eastern Illinois, whom the Dawgs play four times this weekend. Their first game will be Friday at 4 p.m. at Bulldog Park.