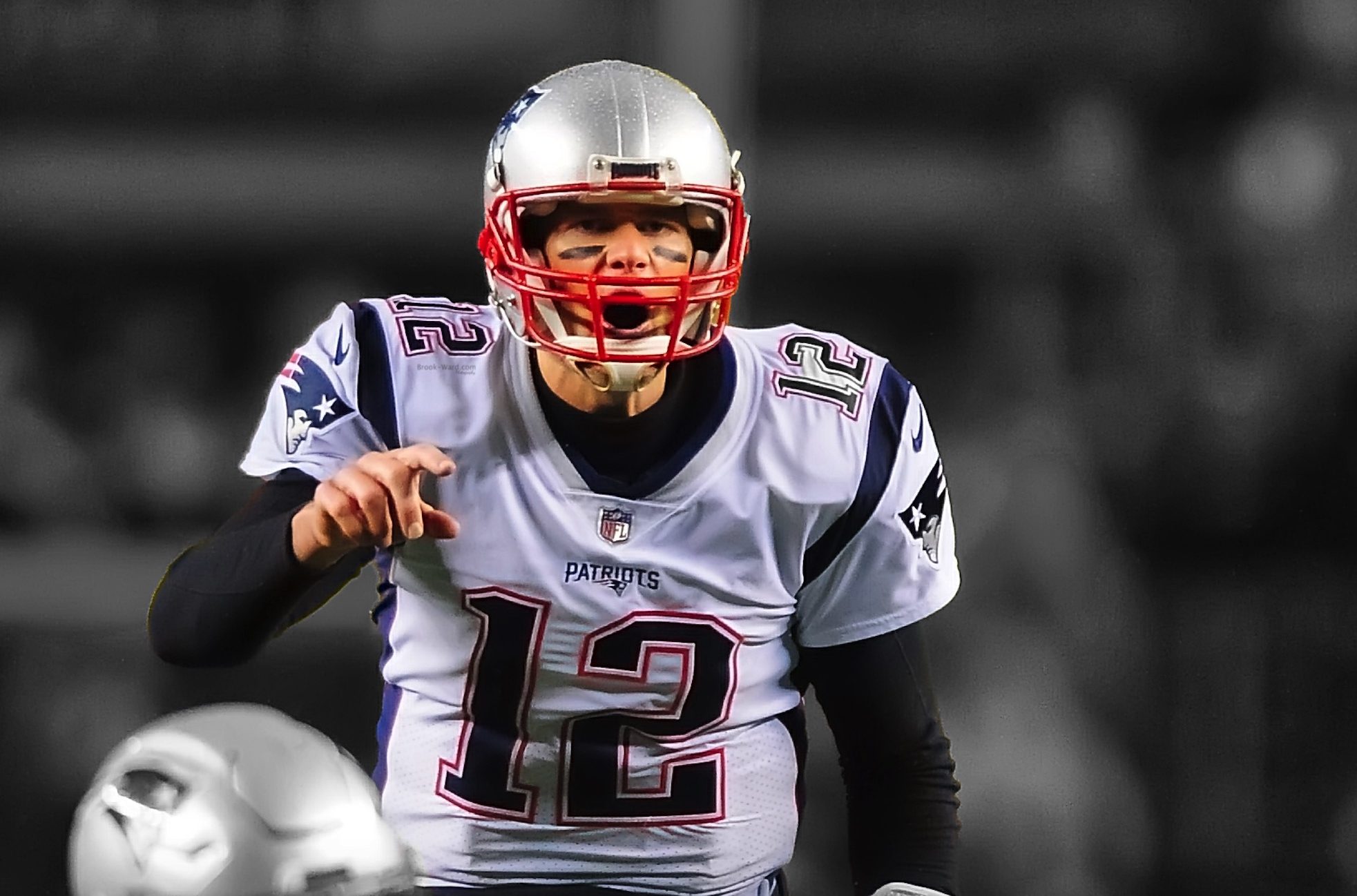 The past three weeks without sports have been truly testing for die-hard fans, but one thing we can take solace in is that NFL free agency doesn’t stop for anything — including pandemics, apparently.

Free agency has been quite unique, with the greatest football player ever changing teams and some trades that make you question how some general managers have jobs. Here are the biggest winners and losers from free agency so far:

As all of you know by now, Tom Brady is a Buccaneer. Although on the surface it seems like the weirdest move possible, it actually makes a lot of sense. After Jameis Winston’s crazy season last year, in which he became the first player in NFL history to throw 30 touchdowns and 30 interceptions, his unprecedented rate of turning the football over was enough for the Bucs to look elsewhere in free agency. Lucky for them, they landed the smartest and best quarterback of all time.

It is important to remember that he is headed into his age 43 season, but if Tom Brady says he can play until he’s 45, I’m going to believe him until he proves otherwise. He will also be throwing to the best wide receiver duo in the league with Mike Evans and Chris Godwin, which is a pretty nice upgrade from Phillip Dorsett and a banged-up Julian Edelman.

Last season, Tampa’s defense ranked fifth in the NFL in DVOA — an advanced defensive efficiency stat that compares every play to the league average based on the situation — despite starting in, by far, the worst average field position. After re-signing Ndamukong Suh and franchise tagging 2019 sack leader Shaquil Barret, Tampa’s defense looks poised to improve with more stability and leadership from Brady and the offense. The Bucs went from average to contenders, and all it took was a GOAT.

Although the Philip Rivers era is over for the Chargers, the team looks much more ready to compete than last year. They made an effort to boost the offensive line by trading for five-time pro bowler Trai Turner from the Panthers and signing veteran Bryan Bulaga from the Packers. The Chargers’ offensive line was ranked 29th out of 32 teams in the league last year according to PFF, so they have done a good job at fixing their biggest weakness.

They re-signed running back Austin Ekeler and let Melvin Gordon walk to the Broncos, which was a smart move considering how disposable running backs are in today’s league. The Chargers also boosted their already talented defensive. They added Linval Joseph to man the middle of the interior defensive line that already has two of the best pass-rushers in the league in Joey Bosa and Melvin Ingram. Star cornerback Chris Harris also joined the star-studded defensive backfield led by Derwin James.

The big hole to fill is at quarterback, and it’s anyone’s guess what they’ll do. They could draft a quarterback with their sixth overall pick, trade up to draft Tua Tagovailoa, sign a free agent like Cam Newton or roll with veteran Tyrod Taylor who is already on the roster. Regardless of who the quarterback is, the Chargers have done well to make sure that person will have the tools around them to succeed.

After taking over the general manager responsibilities after the 2018 draft, Eric DeCosta has made a name for himself with masterful trades. During the 2019 preseason, he dealt backup kicker Kaare Vedvik to the Vikings for a fifth round pick in the 2020 draft. The Vikings proceeded to cut Vedvik less than three weeks later after he lost the starting job.

This offseason, DeCosta decided to deal that pick to Jacksonville for 2017 PFWA Defensive Player of the Year Calais Campbell, who signed a two-year deal with the Ravens. Absolutely masterful. DeCosta also shipped backup tight end Hayden Hurst to Atlanta for a second-round pick, giving the Ravens five picks in the first three rounds.

Most of last year’s 14-2 team is returning after Baltimore franchise tagged sack leader Matthew Judon and resigned defensive backs Jimmy Smith and Anthony Levine Jr. The additions of Campbell and defensive end Derek Wolfe will ideally put more pressure on opposing quarterbacks and force them into throws that they don’t want to make. This is especially beneficial for the Ravens because they have the best defensive backfield in the league, with Earl Thomas, Marcus Peters and Marlon Humphrey.

By far the biggest loss of the offseason was the retirement of future Hall of Fame guard Marshall Yanda. Addressing this issue early in the draft is important, because the success of the franchise relies on the protection of MVP Lamar Jackson. Assuming Lamar does stay healthy, the Ravens present by far the biggest challenge to the Chiefs in the AFC.

Words cannot describe how genuinely confused I am that Bill O’Brien is still the acting general manager of the Texans. He clearly doesn’t know how to do the job. Throughout his time in the position he has made many strange trades, but not one came close to as insane as this one. The Texans traded Deandre Hopkins and a 2021 fourth-round pick to the Arizona Cardinals for David Johnson and a 2020 second-round pick.

First of all, Deandre Hopkins is a consensus top-two wide receiver in the league, which is one of the most valuable and coveted positions in football. He was traded for David Johnson, a running back who had one amazing season in 2016 and has been either injured or ineffective since. O’Brien apparently hasn’t gotten the memo that running backs aren’t valuable, and especially not even close to the value as a top wide receiver.

It is clear that this was a salary dump, and reports have come out since that Hopkins wanted between $18 million and $20 million a year. I understand a general manager not wanting to pay that salary for one player, but trading that player for scraps is just downright stupid. Literally at the same time this trade took place the Bills traded a first-round pick and three other picks to the Vikings for Stefon Diggs, a significantly worse receiver than Deandre Hopkins.

It’s unfathomable to think that seven months ago the Texans had both Jadeveon Clowney and Deandre Hopkins, and have traded them both away and have zero first-round picks to show for it. Someone fire him before he trades Deshaun Watson for a sixth-rounder and a box of Girl Scout cookies.

For the first time in 20 years, the Patriots are not one of the favorites to win the Super Bowl. Weird, I know. That is not to say that they won’t, because Bill Belichick is the greatest football coach ever and overachieving is kind of his thing.

But losing Tom Brady, the engine that ran the Patriots dynasty, will not be easy to replace. Brady was not only a great player, but he was a huge champion of “the Patriot Way,” which is about hard work, discipline and accountability. Without an icon like Brady encouraging this mantra in the locker room, there’s a chance that the effectiveness of this model could decrease.

Belichick will need it to work, because the Patriots lost more than just Brady this offseason. While they kept their elite defensive backfield in place, much of the front seven will look different next season. Defensive tackle Danny Shelton left for the Lions, but he was quickly replaced by Beau Allen, who should be able to contribute in a similar way. They also lost linebackers Jamie Collins and Kyle Van Noy, two staples of last year’s number one defense.

Unfortunately for the Pats, they only have one pick in the first two rounds of the draft, and their needs far outstretch that. I’m not saying that Belichick won’t find a way to turn Jarret Stidham and a bunch of nobody’s into AFC East champs, but talent-wise this is the worst it has been in New England in a long time.

It seems as if the Rams have just realized that you can’t give every player a really big contract. Unfortunately for them, this realization came after signing both Todd Gurley, who has arthritis in his knees, and quarterback Jared Goff to massive contracts.

For now, they will have to live with mediocre Goff on a max contract, but they decided to cut Gurley and absorb a $20.15 million dead cap hit, the second largest ever behind the Raiders and Antonio Brown last year. Ultimately it was the right move to get rid of the richest running back contract ever, but a dead cap hit like that is rough.

They lost both Dante Fowler Jr. and Cory Littleton in free agency, two linebackers that have shined for them in the past few seasons. They also lost Greg “the leg” Zuerlein, the second-best kicker in the league — shout out to Justin Tucker — to the Dallas Cowboys, and finding a good kicker like him in today’s game is not easy.

Although they couldn’t find the money for any of the aforementioned players, they did find $30 million for 38-year-old tackle Andrew Whitworth. No disrespect to Whitworth, but signing a 38-year-old offensive lineman to a three-year deal might not be the best money management.

Although many of these moves were necessary to make so there is room for Goff and defensive tackle Aaron Donald’s contracts, the Rams lost a lot of talent. They don’t even have a first-round pick to get young cheap talent into the roster. The Rams have overspent to acquire and keep talent in the McVay era, and now they are watching a lot of real talent leave and are stuck with their $30 million system quarterback in a division that is on the rise.