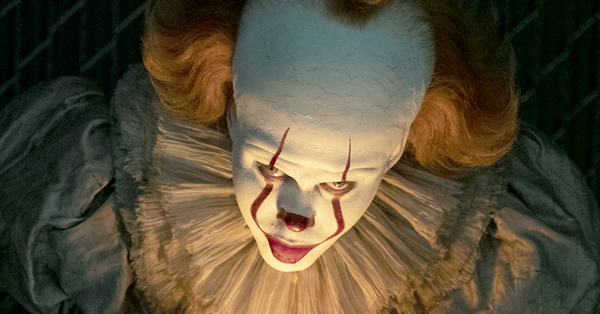 Horror movie audiences often experience an extensive range of vocal reactions throughout any screening — laughter, yelps of surprise and shouts of fear. “It Chapter Two” drew out these emotions, along with a few sighs of boredom and an occasional snore or two.

The final installment of Andy Muschietti’s adaptation follows the Loser’s Club 27 years later, as they return to Derry to face Pennywise the Clown, along with some inner demons of their own. Bill, Bev, Ben, Ritchie, Mike and Eddie spend the film enduring a grotesque cocktail of traumatic memories, suppressed emotions and, occasionally, terrifying Pennywise-induced hallucinations. The adults are played by James McAvoy, Jessica Chastain, Jay Ryan, Bill Hader and James Ransone.

It was clear that Muschietti gained confidence after the success of his first installment and adaptation of Stephen King’s novel, “It” in 2017. This was most evident in the extreme use of special effects, which recurred too often to have much impact on the audience, and the length — three long and tiring hours. While the casting and actors’ performances were nearly perfect, the film simply lacks the tortuous, suspenseful and dread-inducing fear of the first film.

For those who are familiar with King’s work, Easter eggs, subtle references and cameos abound. For those who are not familiar with King’s work, the subplots, complex relationships and seemingly unnecessary detours will surely cause frustration. This is partly because of the magnitude of the source material, with the 1986 novel reaching nearly 1,200 pages. There are just too many intricacies to effectively translate to the screen, even with an immensely long running time.

I won’t even address the fear factor of the film because it was nonexistent. Like the first film, jump scares dominate the screen. However, there isn’t enough nerve-wracking, suspenseful buildup prior to the scares, rendering them ineffective. In fact, there were more laughs than screams in the theater, due to the palpable chemistry between the actors and their characters.

The adult cast and their childhood counterparts are both present in this film, and each succeeds at conveying the comradery and unbreakable friendship that is a recurring theme in King’s novels and short stories. With the nostalgic references to 80’s classics like “The Lost Boys” and “Nightmare on Elm Street” and the primary mode of transportation being bicycles, the image of the Losers evoke a mashup of “Stranger Things” and “Stand By Me,” also written by King. Most notable was the relationship between Ritchie and Eddie, whose immature banter at both ages garnered all the film’s laughs.

Again, not everything that is present in King’s behemoth of a novel is present in the movie, and quite a bit of it is altered. While this is a recurring annoyance to most “read the book first” moviegoers, it should be understood that large portions of plot and background had to be cut out to avoid an even longer running time.

On a more successful note, Muschietti and writer Gary Dauberman managed to maintain the most important themes of the novel: the power of friendship and, of course, the idea that the supernatural is only along for the ride; true evil lies within people who sometimes only need a small push to do terrible things.

There is a lot more that I could write about this film, but if you’re looking for a real fright, just read the book.