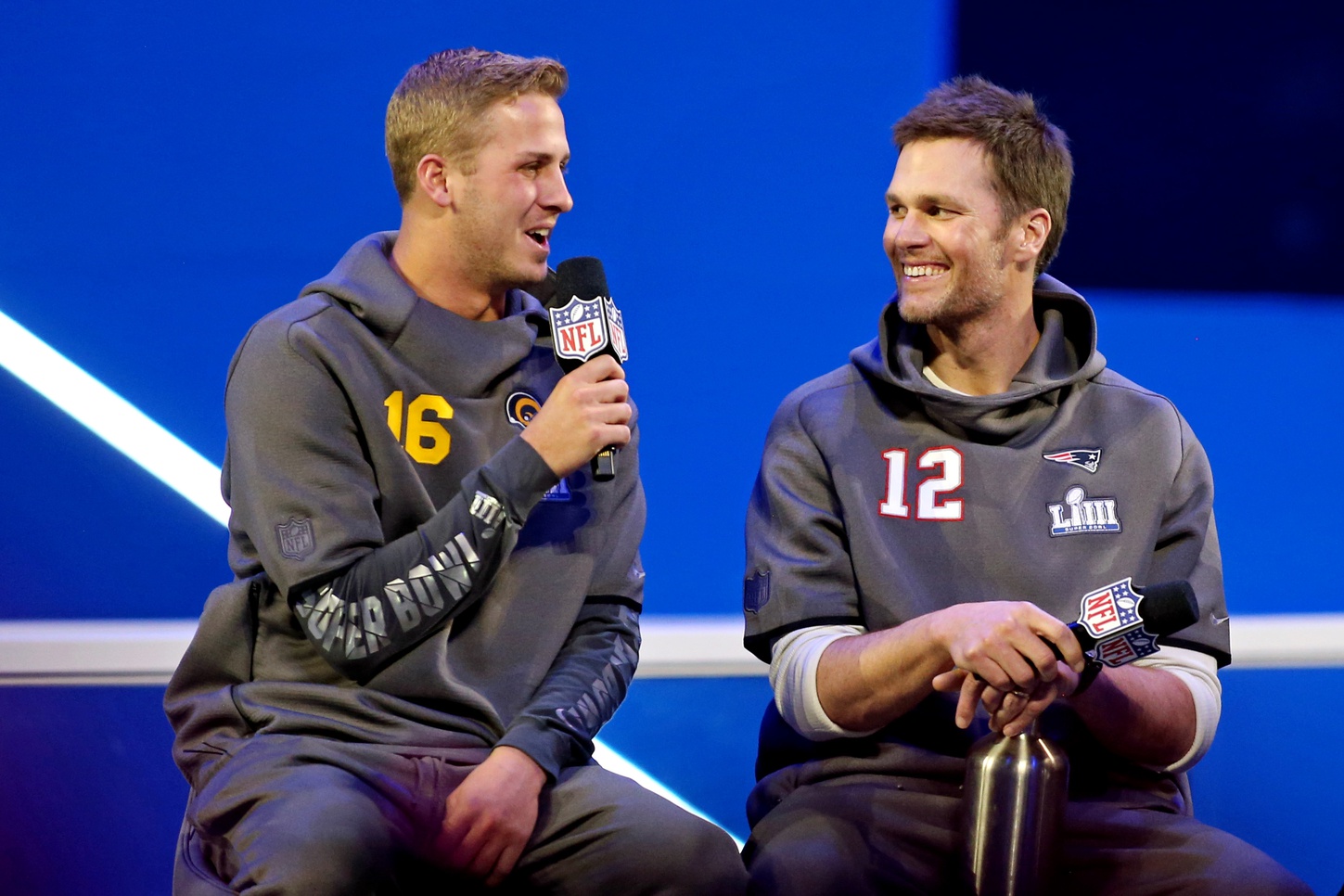 The Collegian sports staff gives its predictions for the Super Bowl. All but one of us thinks the Patriots will defeat the Rams.

As a native St. Louisan who has been lied to and left in the dust by Rams owner Stan Kroenke, and as a Colts fan who is incapable of rooting for the Patriots, this is really a pick your poison scenario. But taking my own potential bias out of the situation, I find myself unable to bet against Tom Brady and Bill Belichick in the Big Game, or in any playoff game for that matter. Perhaps if New England was facing a more experienced opponent I might be more tempted to bet against them. But the Rams, while extremely exciting and the better team on paper, cannot be described as an experienced team. Experience isn’t everything, but it can be the difference maker, and in this case I think it will be.

Tom Brady and Bill Belichick aren’t losing in back-to-back Super Bowls, especially not to a team as inexperienced as the Rams. New England’s offensive line will play well enough to slow down Aaron Donald, forcing the Rams to blitz or let Brady pick them apart. Los Angeles is the better team on paper but so were the Chiefs. The Patriots score the game-winning touchdown on a painstakingly slow drive that takes up half the fourth quarter.

It’s funny how a few tiny little things can change the entire narrative of a sports league. If Dee Ford, defensive end for the Kansas City Chiefs, had not been lined up in the neutral zone of a certain fourth quarter play in the AFC Championship game, we would not be talking about another Pats Super Bowl. Instead, the narrative would’ve been about how Brady’s three interceptions cost New England a chance at the Big Game. Instead, Ford is offsides, Brady leads two incredible drives and here we are. This go around with the Rams presents a different situation. There’s too much talent on that defense to not get pressure on Brady. There is too much talent on that offense to not score again and again against a suspect Patriots defense. We’ve doubted them all year, and up to this point they’ve proved us fools, but down in Atlanta, those Rams will prevent Tom Terrific from claiming that sixth ring.

You don’t get to be in the G.O.A.T conversation without showcasing your abilities on the big stage. This will be the key factor separating Tom Brady and Bill Belichick from a young Rams roster. With a number of personnel who have taken this ride many times before, the experience and knowledge of the Patriots will give them a strategic advantage. Los Angeles does have young and explosive playmakers in Jared Goff and Todd Gurley. Still, the clutch know-how that sits on the side of New England will be enough to secure them as Super Bowl champs yet again.

Tom Brady is the best to ever do it. He is still here. Enjoy greatness, because we are witnessing it in the flesh. I hate to break it to Marcus Peters, but I think his team is done. Brady has starred on the biggest stage so many times, and that experience will help guide him and his team to victory. I’ll never pick against him in these games.

New England’s dynasty is most definitely still alive. Tom Brady is hungry for another Super Bowl win, especially coming off of a loss last year. With his experience and success on the Super Bowl stage, Brady should have no problem getting the Pats their sixth Vince Lombardi trophy. The Rams will put up a fight, but in the end, the Belichick-Brady duo will not be stopped again.

The guy with two first names isn’t done yet. Tom Brady and the Patriots somehow transformed into an “underdog” role this postseason and have relished in their familiar postseason glory. As much as many may not like the idea, it would be foolish to pick against Bill Belichick and the Evil Empire in the Super Bowl. The Patriots have already knocked off one young quarterback this postseason, Patrick Mahomes, and they won’t have much trouble with the next one, Jared Goff. Sean McVay, your turn is coming. But right now, this is still Bill Belichick’s league.

I refuse to bet against Tom Brady and Bill Belichick against this talented, yet inexperienced Rams team. The Patriots have put together opening drives of more than 80 yards lasting more than seven minutes in both of their playoff games, and I’m betting they’ll do it again. If the Saints could score in the red zone the Rams would’ve been down to New Orleans 21-0 in the first quarter, and Drew Brees would be playing for his second Super Bowl. The Rams might be the more talented team, but Brady is the G.O.A.T and if Rob Gronkowski plays the way he did against Kansas City — six catches, 79 yards — he’s still the biggest mismatch on the field. The Rams should be competitive for the next handful of years and I wouldn’t be surprised if they get a Super Bowl, but it won’t be this year.

All Hail Tom. In Bill we trust. Goff is suspect. Brandin Cooks is too small. Todd is their only hope.