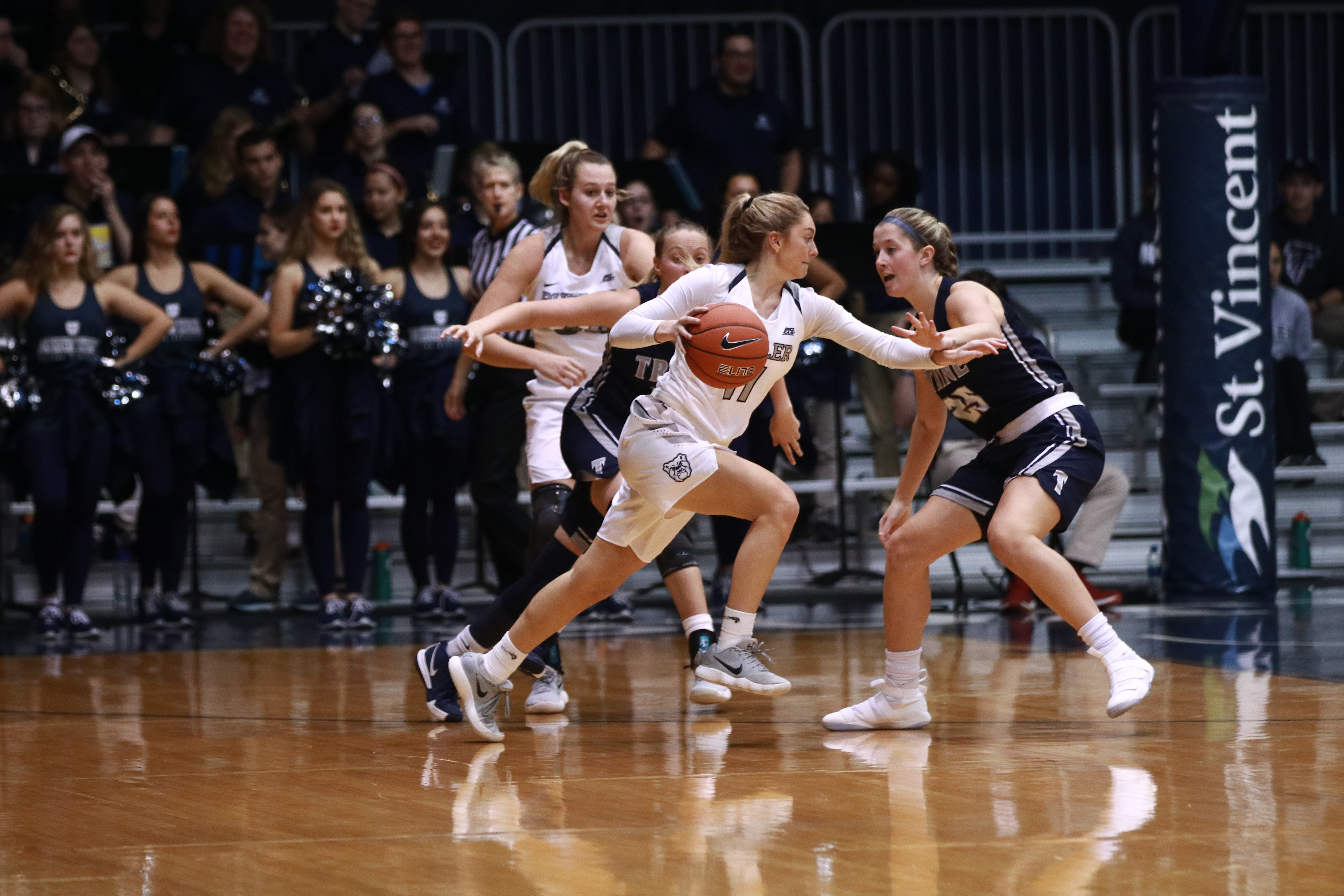 Michelle Weaver searches for a driving lane. Weaver recorded seven assists and did not commit a turnover in the win. Jimmy Lafakis/Collegian file photo.

In its tightest game of the season, the Butler women’s basketball team eked out a 58-56 victory over Illinois State to go 5-0 on the season. An 11-0 run in the third quarter propelled them to victory.

While the last five games were cakewalks for the Bulldogs — who averaged 84.8 points per game in those contests — this game was a grueling battle until the very end. In the third quarter, specifically, Kristen Spolyar charged the 11-0 run with a punctual and-1. Whitney Jennings then knocked down a three followed by a layup and Naira Caceres hit a three. The third quarter was the Bulldog’s best, outscoring the Redbirds 19-14, in an otherwise slow-moving, defensive game.

Illinois State was flying all over on defense. The Redbirds forced the Bulldogs into more turnovers than assists — 13 to 12. They held Jennings to 38 percent shooting, which was actually the best on the team for anyone who attempted more than 4 field goals. Overall, Butler shot 35 percent from the field, 19 percent from deep, and 56 percent from the charity stripe.

The defensive mentality was contagious, as Butler joined in on the fun. Butler scored 23 points off 23 Illinois State turnovers, had 12 total steals, and held Illinois State to 40 percent shooting.

In the fourth quarter, the Bulldogs and Redbirds were in a deadlock. You know what that means: Whitney Jennings time. With under a minute to go, the guard hit a three to give Butler the lead. Then, she hit three free throws to close out the win.

Butler has some time off to prepare as their next game is against Ball State on Dec. 2 at 2 p.m.