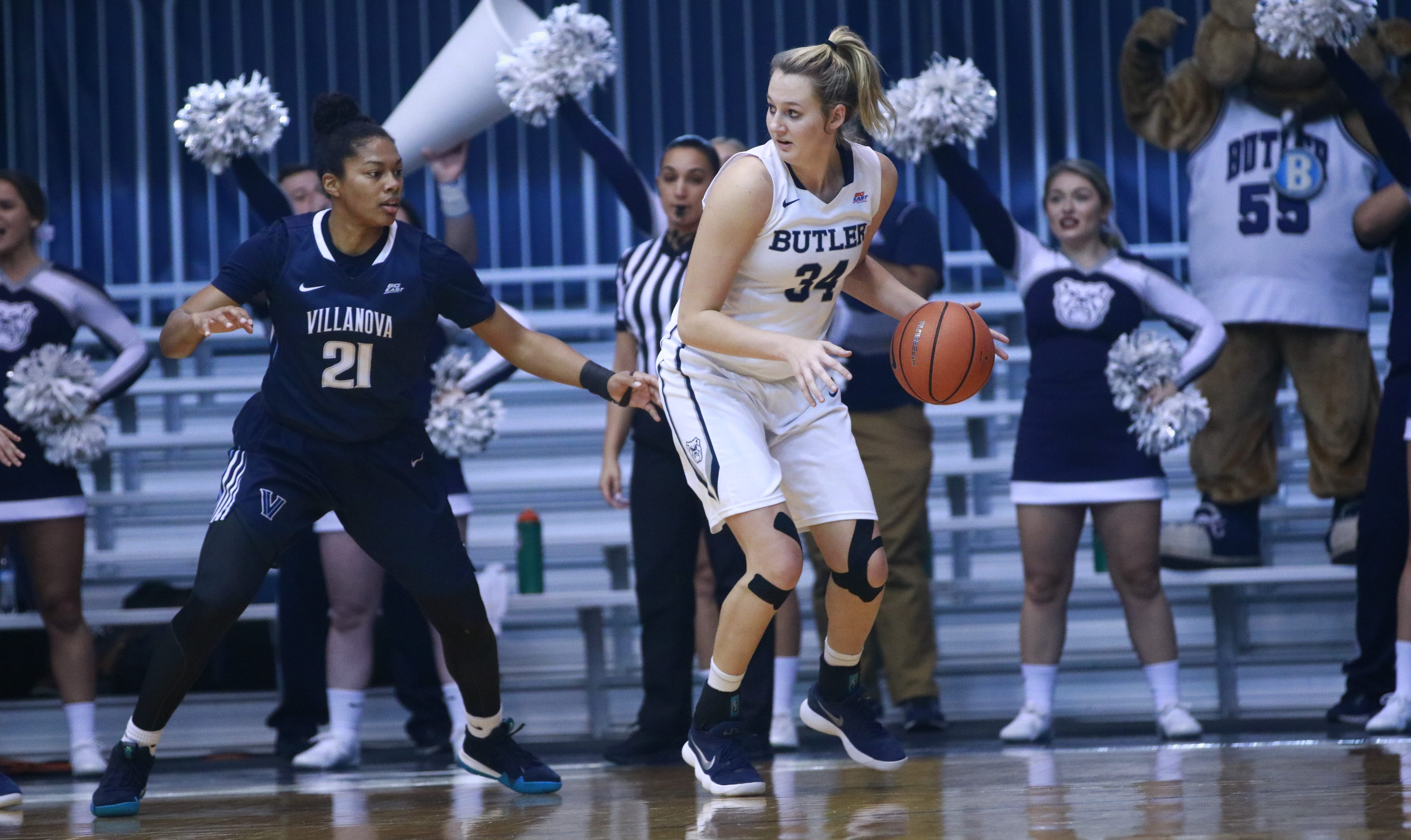 Coming off their best overall record since the 2013-14 season, the Butler women’s basketball team is looking to take another step forward this season with potentially their most talented roster in years. While there is plenty of optimism surrounding the team, there are also several unknowns. Here is a look at five key questions the team needs to answer this season.

1) Is the best still yet to come from the team’s dynamic senior duo?

Following a 15-17 overall record and 6-12 mark in conference play last season, the Bulldogs return a class of four seniors which includes their dynamic scoring duo of Whitney Jennings and Tori Schickel, who finished fourth and fifth, respectively, in the Big East in points per game. Even with their high level of success last season, it is still possible we have yet to see the best from the pair.

Schickel, a center whose height and size allow her to pound the glass on both offense and defense, has taken a step forward in each of her three seasons with the team. Her points per game average have risen from 11.8 to 14.6 to 16.4 over the past three seasons, while she has consistently led the team in rebounds.

In her first season playing for Butler after transferring from Iowa, Jennings, a 5-foot-5-inch point guard and Indiana native, led the team with 539 points, averaging just under 17 points per game. With a season under her belt and potentially more scoring options for opponents to defend, Jennings will have the opportunity to elevate her game even further and improve upon an almost 38 percent field goal percentage this season. Jennings and Schickel taking yet another step forward this season may be key to the team’s success.

2) What will highly touted transfers bring to the table?

In addition to a talented group of returners which includes Jennings, Schichel, Michelle Weaver and Kristen Spolyar, the Bulldogs are also adding an intriguing group of transfers to the mix this season.

Redshirt sophomore Naira Caceres will make her Butler debut this season after sitting out last year following her transfer from the University of Maine. A versatile player capable of handling nearly any position, Caceres, a native of Spain, is a former Blue Star Europe five-star recruit. She could prove to be a go-to option off the bench for the Bulldogs this season, or even force her way into the starting five.

Another potential impact transfer is redshirt junior Ashanti Thomas. Thomas, a 6-foot-4-inch center, brings an element of height which could help complement Schickel. The Penn State transfer was previously ranked as the 100th overall prospect in her high school recruiting class. Impact performances from Butler’s transfers figure to be key in elevating the team to the next level this season.

3) Can freshmen make an immediate impact?

With three of the team’s best players set to graduate after the season, this team will be turning to its youth before long. But with the high upside of their newest recruiting class, it’s possible the team could see an almost immediate impact from some of their freshmen this season, which could prove crucial the team’s success.

Among the potential freshmen who could make a major impact is guard Jamilyn Robinson, a three-star recruit who was ranked as the No. 28 guard in the country by ESPN. The shooting guard scored over 2,500 points during her high school career in Louisiana, averaging 33 points per game her junior year and 25 points per game her senior year.

Freshman guard Emilia Sexton averaged more than 10 points per game in all four seasons of her high school career, tallying nearly 1,500 points over four years. Another freshman, forward Ellen Ross, was a First Team All-State selection while averaging nearly 17 points per game during her senior year in Fort Wayne, Indiana.

4) Will more depth help the team compete in Big East?

“We are on the verge of getting there, but depth is an issue.” That is what head coach Kurt Godlevske said late last season as the team struggled down the final stretch of conference play. Indeed, quality depth was a weakness of last year’s Butler team. Six players accounted for 90 percent of the team’s total minutes on the floor, and 95 percent of the team’s scoring came from those same six players.

With the number of exciting newcomers the team has, it appears Godlevske will have more high-quality options to turn to off the bench this season. That, too, could help the team take the next step up.

5) Can they avoid a late-season slump?

After starting Big East play last season with a 5-4 record, their best first half of conference play since the 2014-15 season, Butler went 1-8 to finish out the regular season. The team dropped four games to teams they had previously defeated while failing to pick up a victory against a conference team they had already fallen to.

Throughout the second half of conference play, opponents adjusted to keep Jennings off balance on the perimeter while double-teaming Schickel inside. Finding a way to counteract that this season will be crucial to avoid another late-season slump. Having other major scoring sources emerge could prevent opponents from paying as much attention to Jennings and Schickel.