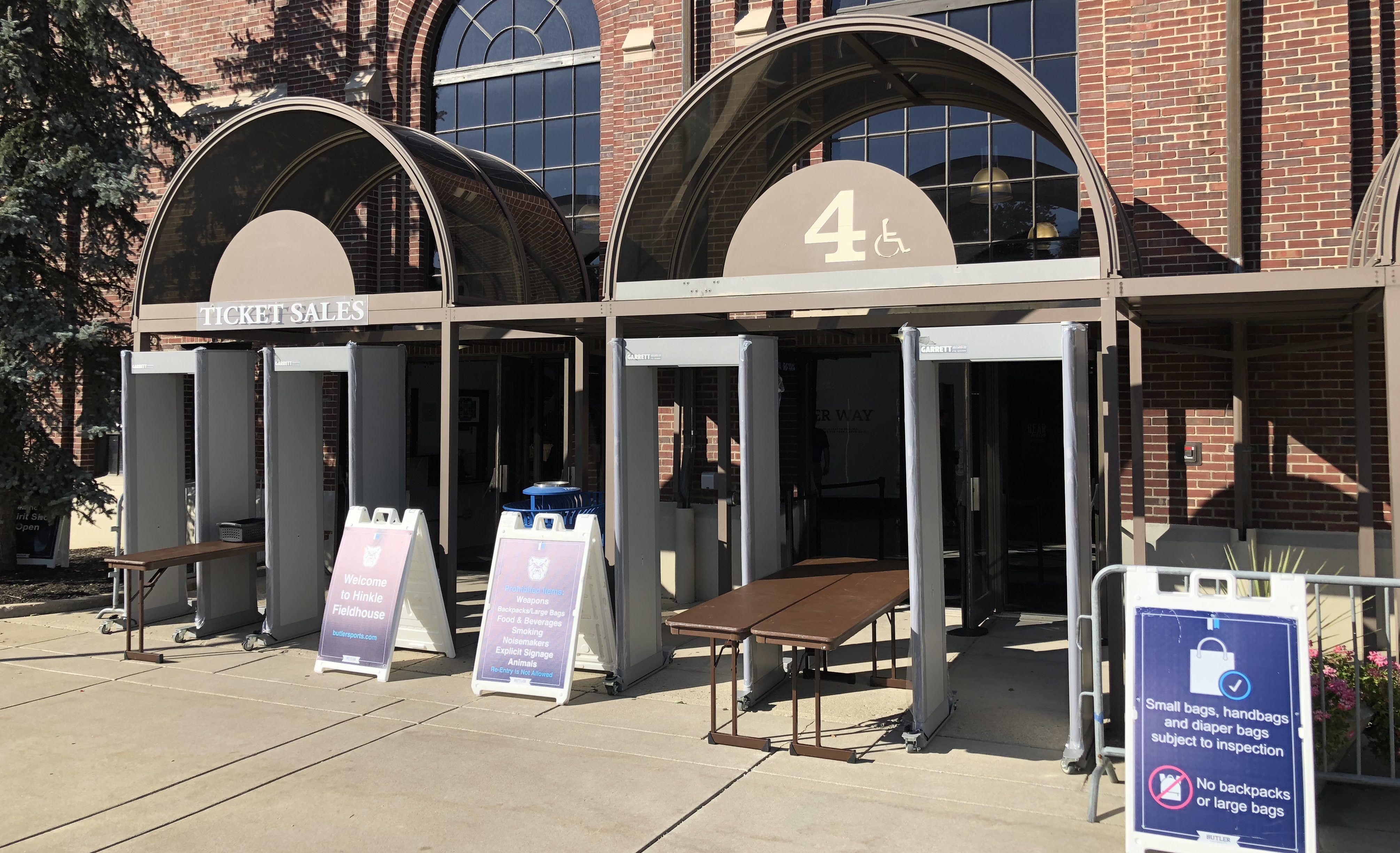 Butler’s new metal detectors placed outside Hinkle Fieldhouse, one of the few locations the university plans to use them. Photo courtesy of Butler Athletics.

Beginning this weekend, Butler will start using metal detectors for Butler men’s basketball games as well as other large events in an effort to increase campus security.

The metal detectors will be predominantly used at Hinkle Fieldhouse and Clowes Memorial Hall, but may be used at smaller venues like Schrott Center for the Arts and the Reilly Room on occasion.

According to a press release from Butler Athletics, the implementation of metal detectors aligns with recommendations from the Department of Homeland Security and the FBI for security at sports and entertainment venues. They are not a reaction to a specific threat or event.

“We’ve progressively moved every year towards tightening security a little more each year as much as we can,” Conley said. “We’re a little bit behind the times, but we’re getting caught up.”

The metal detectors are the same ones used at major Indianapolis venues such as Bankers Life Fieldhouse and Lucas Oil Stadium.

The metal detectors are expected to slow the entry process into events slightly. Fans arriving at events will be required to place bags and any metal they might have with them in a basket, walk through the metal detector and pick up their items before they enter the venue.

“According to what we’ve been doing in the past, it will obviously slow down the process a little bit, but not enough that it should impact it,” Conley said. “People that come to Hinkle Fieldhouse all the time will realize that, and things that they have to run through a metal detector they will leave in their car, or they may arrive an extra five minutes early just to go through and make sure they get through at the same time they want to. It’s going to be a little different.”

Butler Athletics stated in the press release that metal detectors have been determined by studies to be less intrusive and more effective than wanding each individual fan as they enter the venue.

The metal detectors will be used for the first time at the men’s basketball exhibition game on Sunday against Tiffin. Conley and Butler Athletics encourage fans to arrive early in order to accomodate for the new procedure.