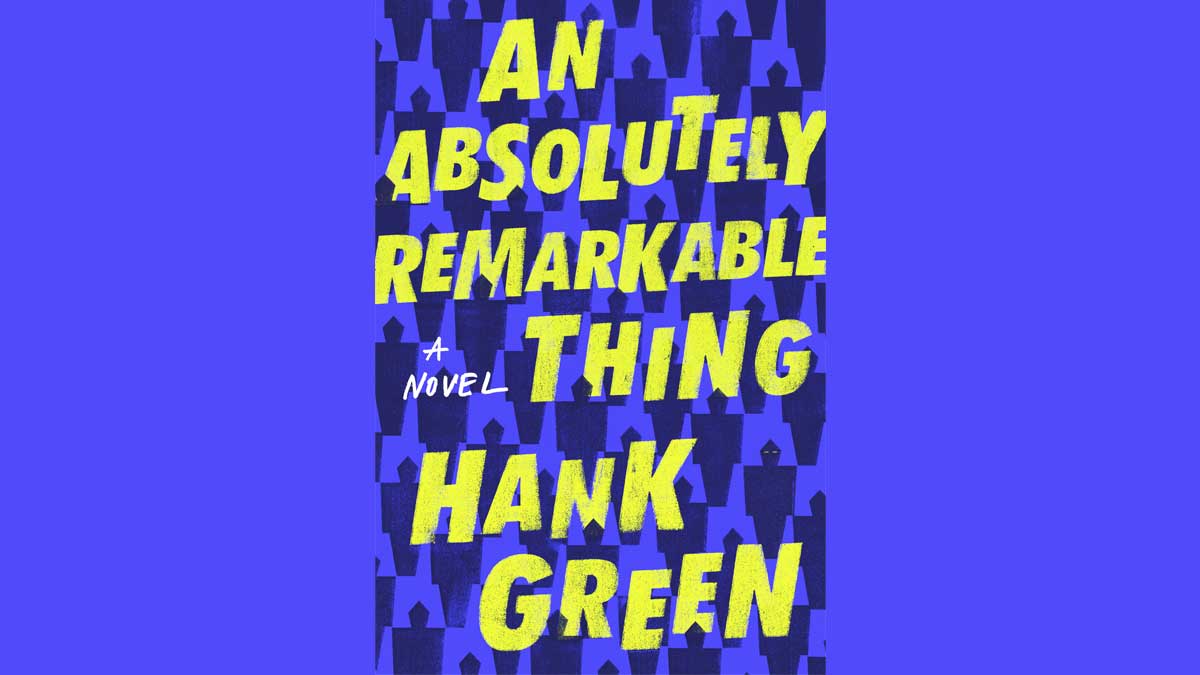 Hank Green, a YouTuber known for Vlogbrothers and Crashcourse visited Clowes on Sept. 30 to promote his debut novel. He is also the brother of best-selling author John Green.

The novel is called “An Absolutely Remarkable Thing.” It follows the life of a young woman named April May as she discovers a large robot-like sculpture in Manhattan and makes a viral video about it. Green’s book tour with his brother was anything but ordinary.

Anyone who expected a typical book reading was in for a surprise. While Green did read a passage from his book for about five minutes, the night also included original songs, jokes, and his brother, dressed in a bumblebee costume, lecturing about the history of robotics.

Green explained at the end of the show that he structured the performance to resemble “a microcosm of the internet,” a topic he explores deeply in his book.

“We have a cultural problem right now, and that problem is the internet, but also not the internet,” Green said. “The internet is both good and bad. It’s a tool we don’t know how to use yet.”

He went onto explain that he needed a “book’s worth of time” to process this idea, and so he wrote one.

“And I still need more time,” he said, hinting at “An Absolutely Remarkable Thing’s” upcoming sequel.

Despite the show’s sometimes ridiculous nature, it was filled with thoughtful assertions about the internet, fame, and what it means to be human in a time of improving artificial intelligence.

Kyra Laubacher, a junior dance performance major, said she liked the balance between humor and seriousness.

“It was equally as quirky and witty as it was vastly profound,” she said. “I loved the performance and I’m so excited to read the book.”

For long-time fans of the Green brothers, seeing them perform live in a characteristically quirky fashion was both familiar and new. First-year MFA student Kaleigh Respecki mentioned how the style of the performance stood true to the Green brothers’ style that she grew up watching.

“I’ve actually been watching their Vlogbrothers videos since I was in middle school,” she said. “I’d never seen them live before, so this was everything I wanted it to be. It was so weird and wacky and wonderful and I thought it was just a great and unique way to do a book reading.”

And while it certainly was not a typical book reading for a first-time novelist, MFA student Andrew Lesh found it compelling and refreshing.

“Having the musical aspect to it, having the different things with his brother in there, and just the comedic approach than he took with it was great,” Lesh said. “It was different than what I was used to, especially because of the more hardcore literary stuff that I usually go see in readings. It was refreshing, it made me laugh.”

Laura White, a junior communication sciences and disorders major, said regardless of if someone was knowledgeable about the Greens, their comedic styles made the show enjoyable.

“I thought it was pretty interesting, and I expected it to be a little pretentious with all the metaphors and stuff, but it was surprisingly chill,” she said. “John Green’s cool, Hank Green is obviously super cool too. Their personalities made it entertaining.”

While Hank Green has a vast array of skills ranging from making comedic videos to science tutorials to founding Vidcon, writing a novel was a new challenge for him.

“It was hard understanding it was possible to write a book; which you’d think I’d know because I watched this dork do it,” he said, referencing his older brother. “But it’s such a big thing and I’m so used to making small things.”

Everyone who attended the show received signed copies of “An Absolutely Remarkable Thing” with the purchase of a ticket. Now Butler students can read the book and decide for themselves how remarkable it really is.