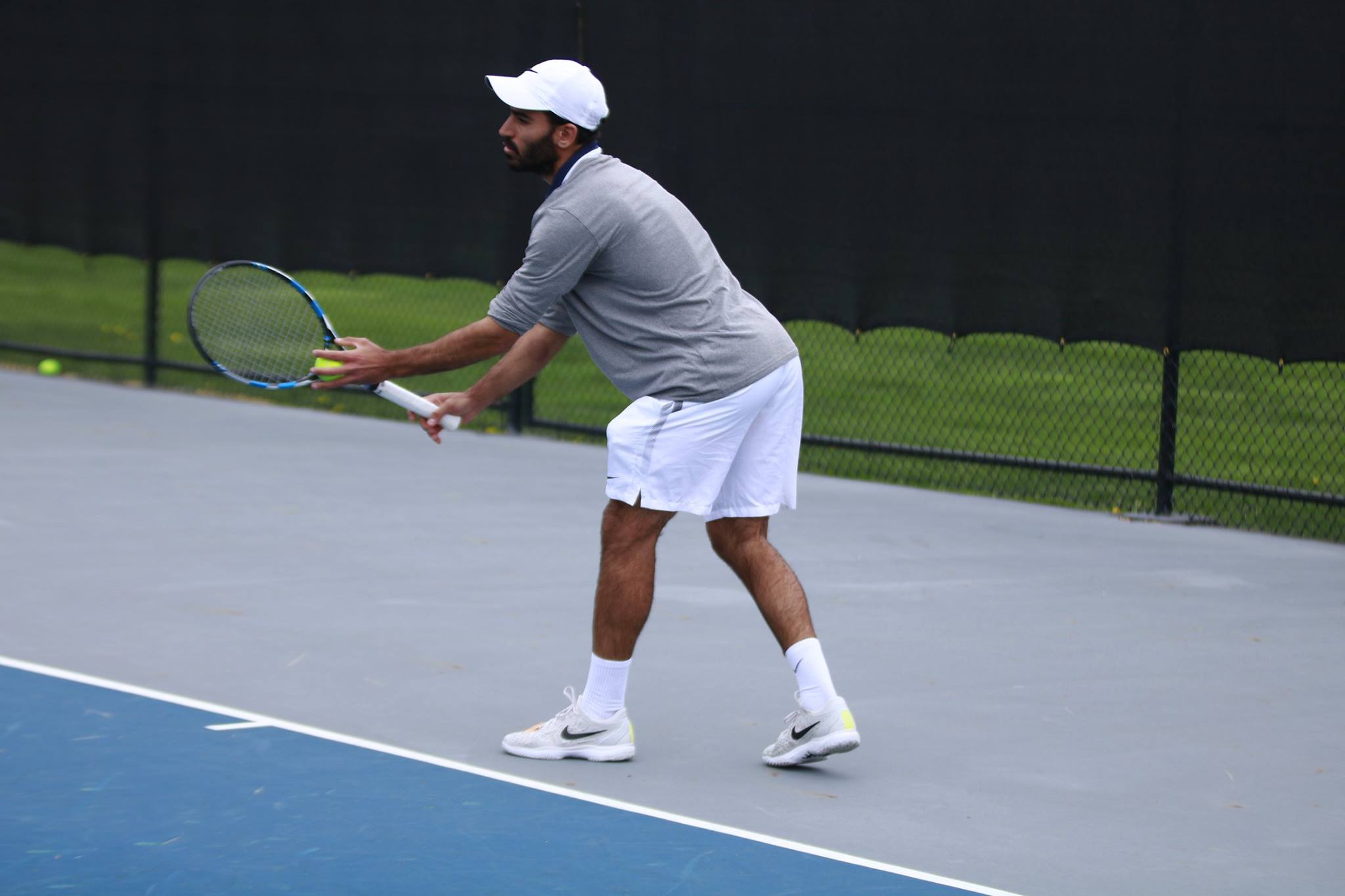 Aviv Ben Shabat prepares to serve. The men’s team finished the season with a record of 14-7. Jimmy Lafakis/Collegian file photo.

The Butler University men’s tennis team were eliminated in the quarterfinals of the Big East Tournament after losing to Georgetown by a score of 4-3 on April 27.

Butler took care of the doubles point by way of victories in the No. 1 and No. 2 spots to take a 1-0 lead.  Both were won with 6-4 set victories.

After succeeding in their respective doubles pairs, Mason Dragos and Michael Dickson were both able to secure points for Butler in singles play as well.

The fate of the season for each team would rest on the rackets of Butler’s Ari Gerstein and Georgetown’s Charlie Sharton.

The two split the first two sets, necessitating a third set to decide the outcome of the match.

Up 5-2 in the third set, Sharton and Georgetown needed only one more game to advance to the next round.

They’d have to wait though, as Gerstein won the next three games to tie the set at five.

Georgetown took the last two games, securing their place in the semifinals of the tournament.

Butler finishes their season with a record of 14-7.