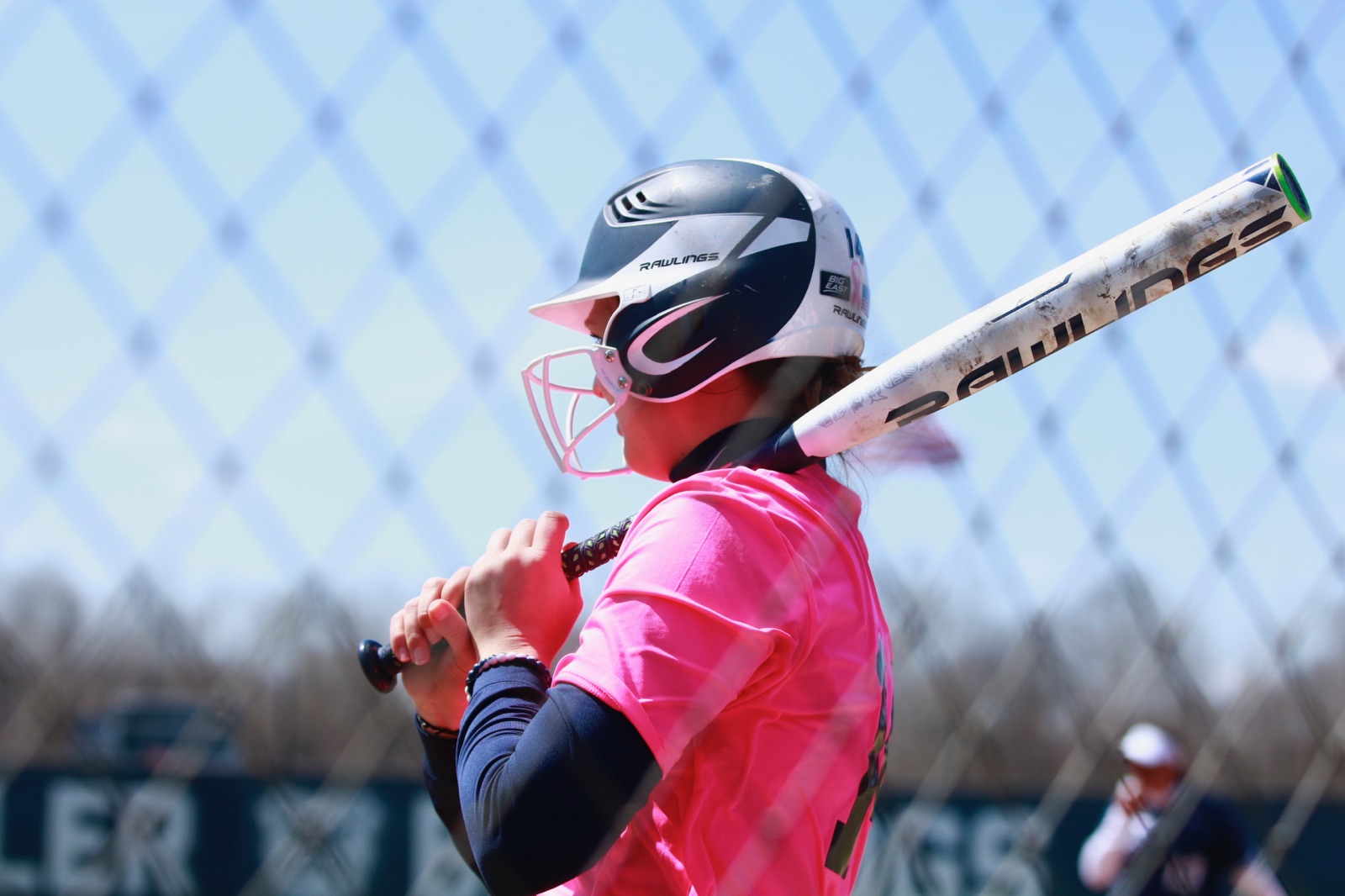 A member of Butler’s softball team waits to step into the batter’s box. The Bulldogs return to action with a three-game weekend series at St. John’s University on May 5-6. Jimmy Lafakis/Collegian file photo.

The Butler University softball team was swept by DePaul University in a three-game weekend series from April 28-29. The Bulldogs fell to 7-8 in Big East play and 20-25 on the season with the losses.

In the first game of the weekend, Butler got on the boards first with a two-run second inning. Sophomore infielder Madi Christiansen drove in a run with a double and sophomore outfielder Alyssa Garcia drew a bases-loaded walk to score another run.

DePaul responded with two runs in the fourth inning and four runs in the fifth inning to take a 6-2 lead which held for the rest of the game.

In the second game of the day, it was the Blue Demons who jumped out to an early lead. DePaul scored a single run in the first inning and three runs in the fourth inning to take a 4-0 lead into the sixth frame.

Butler scored one run in the sixth on a sacrifice fly by senior outfielder Sarah Dixon and another run on a groundout by senior infielder Alyssa Lach in the seventh, but the Bulldogs were unable to complete the come-from-behind effort, falling 4-2.

In the final game of the weekend, the two teams swapped runs in the first inning. A wild pitch scored Dixon in the top of the inning, while a sacrifice fly from DePaul tied the game up in the bottom of the frame.

The Bulldogs reclaimed the lead on a solo home run by freshman infielder Claire Gilliland in the second inning, but the Blue Demons responded with an eight-run third inning. Butler chipped into DePaul’s sizeable lead with a solo run in the fifth inning on a sacrifice fly by Doud, but the Bulldogs fell 9-3 in the contest.

The Bulldogs will return to action with a three-game weekend series at St. John’s University from May 5-6.