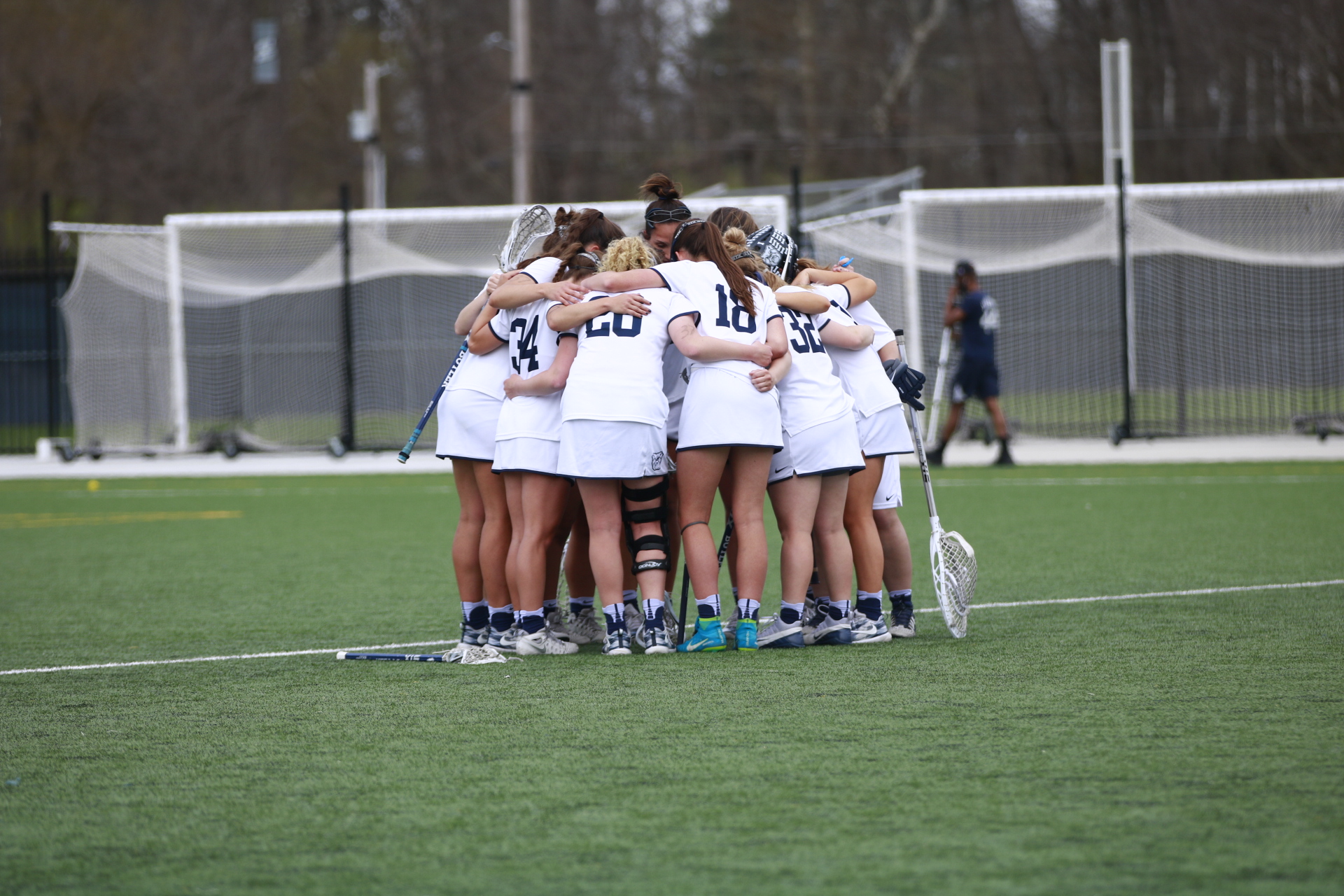 Butler’s women’s lacrosse team huddles up before a match. The Bulldogs ended the season with a 1-16 record. Jimmy Lafakis/Collegian file photo.

The Butler University women’s lacrosse team concluded its season with a 23-3 loss at the University of Florida on April 28.

Freshmen Ashley Guerra and Madeline Hooks scored for the Bulldogs, while sophomore midfielder Ashley Lizzi also found the back of the net. Hooks’ goal stopped a 15-0 Florida run before the end of the first half.

Butler made 11 saves in the match, seven of which came in the second half.

The Gators came in ranked No. 6 in the nation and earned their 31st consecutive Big East win.