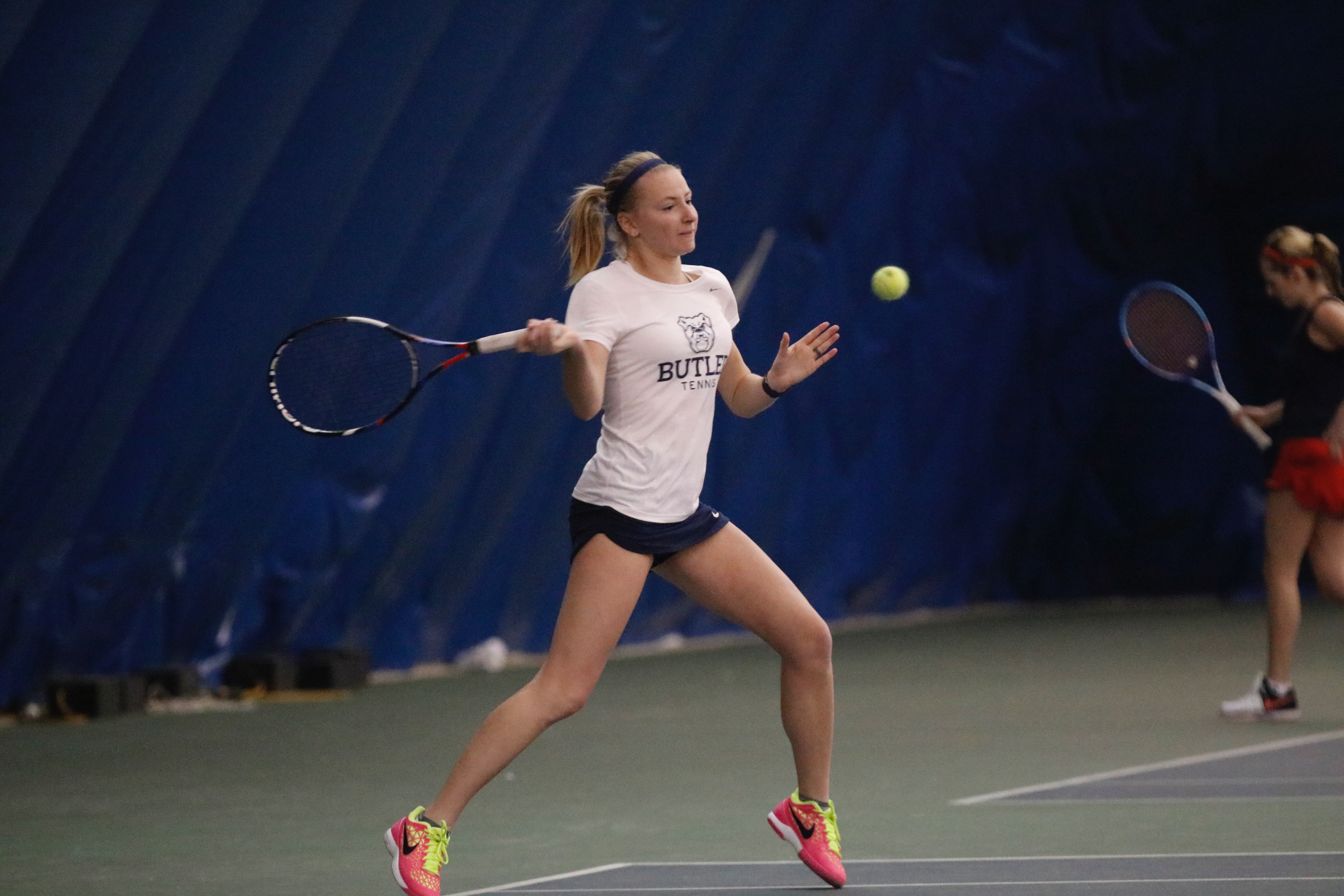 Rachel Sutton in action at the Butler Bubble. Sutton’s Butler career came to an end with the loss to Georgetown. Collegian file photo.

The Butler University women’s tennis team competed in the BIG EAST tournament on April 26. Georgetown beat them 4-0 in the first round.

It was the final match for the four Butler seniors: Bailey Padgett, Rachel Sutton, Jordan Minnick and Callie Schmit.

Emily Neal, the usual No. 3 singles player, didn’t travel with the team to South Carolina due to an illness.

The Bulldogs were down early after the Hoyas won on all three doubles courts.

The Bulldogs end the season with a 9-17 record.