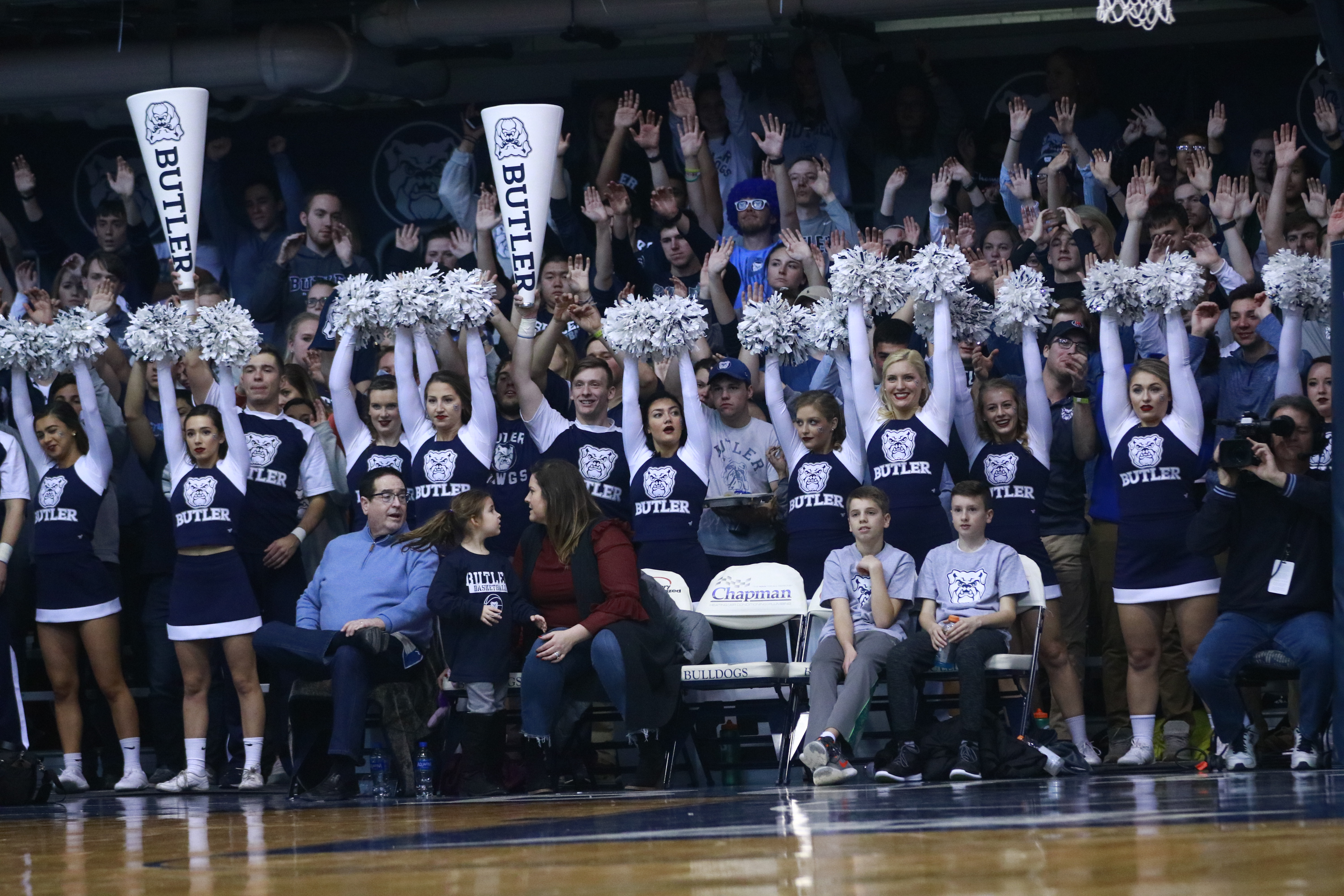 Don’t do it. You’re too smart to be fooled by the revolving door of coaches, and too steadfast to be shaken by the doubt that follows when yet another Butler head coach leaves. Sure, LaVall Jordan is here now, but — quick — snuff out that cynicism.

Don’t say this one will leave too.

Count them off now, because before Jordan there was Chris Holtmann, then Brandon Miller, Brad Stevens and Todd Lickliter and Thad Matta.

My goodness. Don’t tell me you think The Butler Way got lost in that coaching shuffle.

“We are still here.” Isn’t that what Joel Cornette said? Fourteen years ago, words so pure and true they became a mantra for the month of March en route to the program’s first Sweet 16 in decades. And sure, maybe Cornette was talking about the team, but he was also talking about The Butler Way. The two are one and the same.

How was Tony Hinkle supposed to know that when Stevens led the team to two consecutive Final Fours, it would be his philosophy the country latched onto? Three words aired in so many game broadcasts, it became the heartbeat to the Cinderella story.

The Butler Way is defined by its principles as much as it is by winning. How was Hinkle supposed to know his words would be adopted for the national stage?

Once you find a way to win, you don’t ever let that go. Winning is the holy grail of college basketball. It’s a slippery slope, and honest-to-god good college coaches need to win so bad — hell, they’ll bribe recruits if that’s what it takes.

Find a way to win as a mid-major program, and win cleanly — you’ve got yourself a holy grail not even Indiana Jones can obtain.

Hinkle conceived it, Stevens championed it and athletic director Barry Collier seems to keep on hiring it, but every coach is entrusted with The Butler Way.

But how many will switch from guard to point mid-summer, a position he’d never played before? And yeah maybe it’s too much to ask of a 20-year-old kid but… “Sure Coach. I’ll give it a go.”

Kentucky and North Carolina can keep their guys. Jordan can’t stop praising his point guard enough. Not that it needs to be said. Remember what this is all about?

Slap the words outside a locker room wall to light the flame that keeps their gears churning and feet pivoting, shots falling and bodies flailing. All for that extra rebound, because one more lunge means an extra touch, another shot for a teammate.

… accepts reality, yet seeks improvement every day while putting the team above self.”

Give him a chance and Paul Jorgensen might even drain another three from 35 feet out to send the Hinkle faithful into a wild frenzy.

Yes. Another 35-footer, because he did it once before against Villanova, just balancing on the knife’s edge of confidence and cockiness. It was the sort of display that has Butler fans defending your name years after you’ve played your last game.

Jorgensen is a kid from the Bronx and born-again Hoosier anointed by The Butler Way. He just didn’t know it until he came to the Midwest. Suddenly the transfer who averaged 4.2 points at George Washington is scoring more than double that in his first year of eligibility.

Find the magic that keeps fans returning to Hinkle, dads hoisting kids on shoulders because they’ll be too heavy and too old for this all too soon. If The Butler Way is little more than a marketing ploy, then the whole state is buying. Might even be the best kind of stock Indiana has to offer.

Already a kid is practicing in the driveway where he pretends to be Kelan Martin long enough to make — “four layups in a row, mom!” She smiles. Then the years breeze by and suddenly her son is the one taking his children to a Butler game.

Maybe now you see why coaching turnover seems so insignificant.

Coaches leaving? It’s only an affirmation the Butler Way is working, even if from far away. This is bigger than the guy at the helm, and boy don’t they know it. The Butler Way is going to outlast all of them.