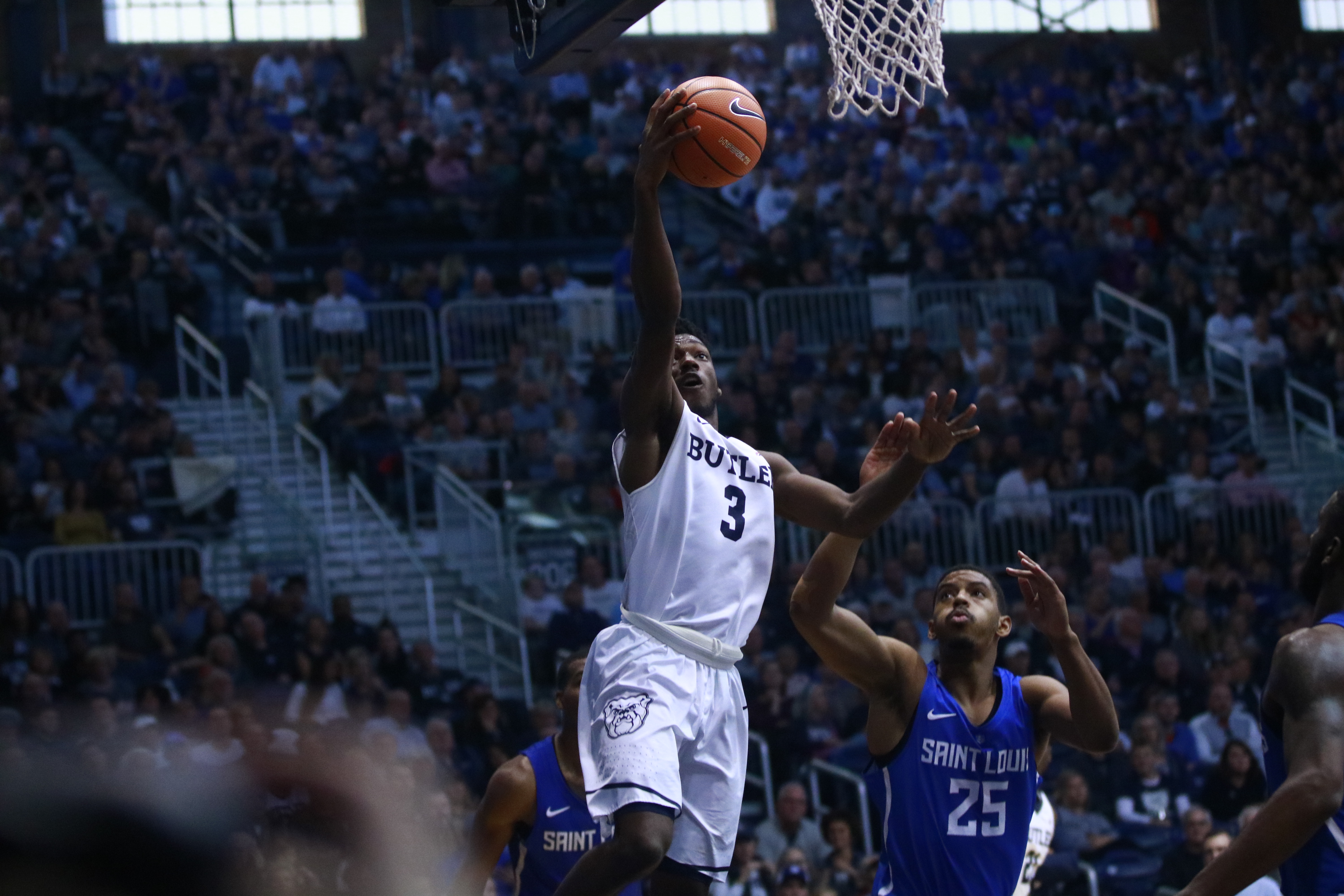 Kamar Baldwin lays the ball in against Saint Louis. Baldwin and the rest of the Bulldogs enter the Utah game winners of three straight. Collegian file photo.

Who: Butler vs. Utah

After their most complete performance of the season against Saint Louis, the Butler men’s basketball team sets their sights on the 6-1 Utah Utes. Both teams blew out their previous opponents, as the Bulldogs took care of business in a 30-point win against the Billikens. Utah led wire-to-wire, beating Hawaii by 20 in their most recent contest. Here are a couple keys to the game as the Bulldogs welcome a Power Five conference team to Hinkle Fieldhouse.

While it’s helpful when Kamar Baldwin and Kelan Martin combine for 12-22 from the field, the Bulldogs were solid in three categories against Saint Louis. The Bulldogs turned the ball over 13 times, had 15 assists and won the rebounding battle 41 to 26. A turnover total around 12 or 13 oftentimes will not be a key contributor to a win or loss. And when the point guard position is in a bit of a transition period, 12 turnovers is not bad. An assist number between 15 and 20 means good ball movement, good shot selection, and shots finding the net. Winning the rebounding battle means less second chance points and less easy buckets for the opponents. If the Bulldogs do this every game, they will be a tough team to beat and Tuesday’s game is no exception. If the Bulldogs do these three things, the Utes will have a hard time coming away with a victory.

Making up for Sean McDermott’s absence

When McDermott went down with an ankle injury, the Bulldogs lost their biggest 3-point threat and a key piece of their offense thus far in the season. However, a tandem of players filled in the gaps left by McDermott’s absence against Saint Louis. Henry Baddley had nine points, a season-high, and Paul Jorgensen had 11. It doesn’t always have to be these two players, but in order for the Bulldogs to continue to survive McDermott’s absence, someone needs to step up and fill the gaps.

Good wins against teams in big conferences are crucial

Including the matchup against Utah, the Bulldogs only have two Power Five opponents left before conference play begins. While the Utes are not ranked, a win against another Power Five opponent would be a lovely addition to Butler’s nonconference resume. The big November nonconference tournaments are over, but Butler still has a few chances to strengthen their resume and build some momentum before entering a tough Big East conference schedule.