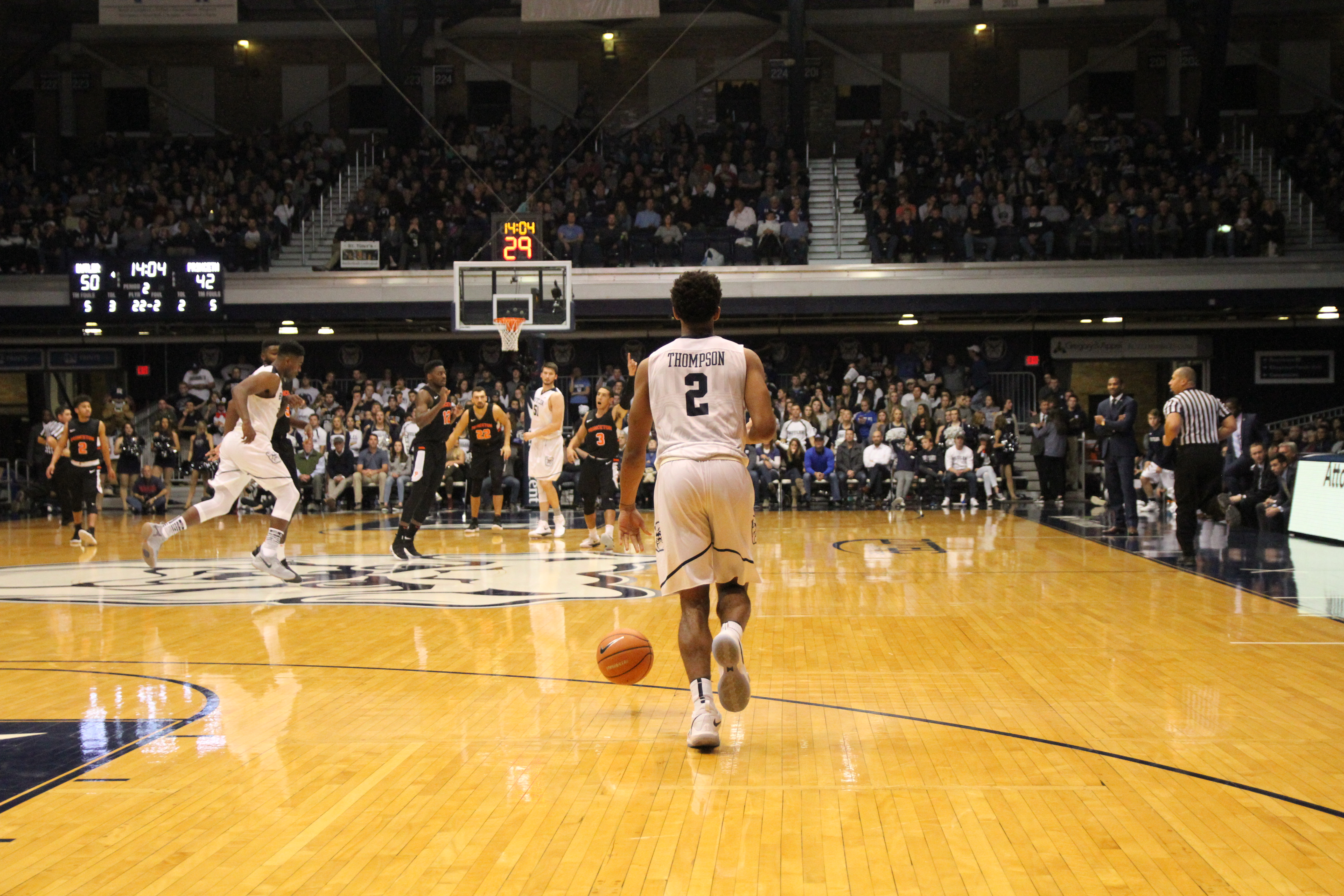 The Butler men’s basketball team opened Big East play with an instant classic, edging Georgetown on Kelan Martin’s floater with under three seconds left. Martin and Kamar Baldwin, who had a career-high 31, combined for 58 points. Here are three takeaways from the roller coaster of emotions that ended in Butler’s third straight overtime win at Georgetown.

1. Butler needs to be aggressive attacking the basket.

It’s hard to score points shooting 32 percent from the field and an abysmal 1-for-11 from three like Butler did in the first half. When shots aren’t falling, the free throw line becomes a team’s best friend. However, the Bulldogs decided to continue to take shots from the perimeter instead of driving to the hoop and only attempted four free throws before halftime. When a team struggles to break 20 points in a half, changing the approach can only help.

By the time Butler shot its first free throw with 6:59 left in the first half, Georgetown had already been to the line 10 times. After halftime, the Bulldogs were a much more aggressive team. Fifteen of the 67 points they scored in the second half and overtimes came from the free throw line. This game changed when Butler started to attack the basket relentlessly. If shots are falling, that’s great. If not, which has been the case for most of the season, Butler should look to get to the charity stripe as much as possible.

2. The Bulldogs continue to play with fire by starting so poorly.

Another game, another brutal start for Butler. Before things really got going, the Bulldogs were already down 20 and trailed by 18 points at halftime. Then, Butler woke up and started their comeback, eventually claiming a 71-70 lead before the game went to overtime. In first halves against Big 10, Pac 12, Big 12 and Big East opponents this season, the Bulldogs have been outscored 196-152.

If Butler almost ran out of time to mount their comeback against a Georgetown team picked to finish ninth in the Big East and ranked 216th in RPI, they will be in even more trouble if this trend persists when they face the better teams in the conference, such as Villanova and Xavier, their next two opponents. The Bulldogs need to take the urgency and mentality they have in second halves and put together complete 40 minute performances.

3. This was a massive, massive win, but don’t get too excited about it.

Make no mistake: starting conference play 1-0 is huge. Not only did Butler gain even more confidence and get a Big East road win, but they gave themselves some breathing room. Their next four games come against teams currently ranked in the top 25, including two teams, Villanova and Xavier, in the top 10. Had the Bulldogs dropped this one, they very well could have been staring at an 0-5 conference record.

That being said, this was not a great performance, particularly early on. Both the offense and defense struggled in the first half, and Georgetown made 28 free throws in the game. Perhaps most concerning, Butler was 3-for-21 from deep. They found other ways to generate offense and scored 51 points in the second half, but teams are going to continue to crowd the lane and force the Bulldogs to beat them from three. That means fewer driving lanes for the likes of Baldwin and Martin. The thrill of victory can’t completely erase all of the issues that were visible in this game.