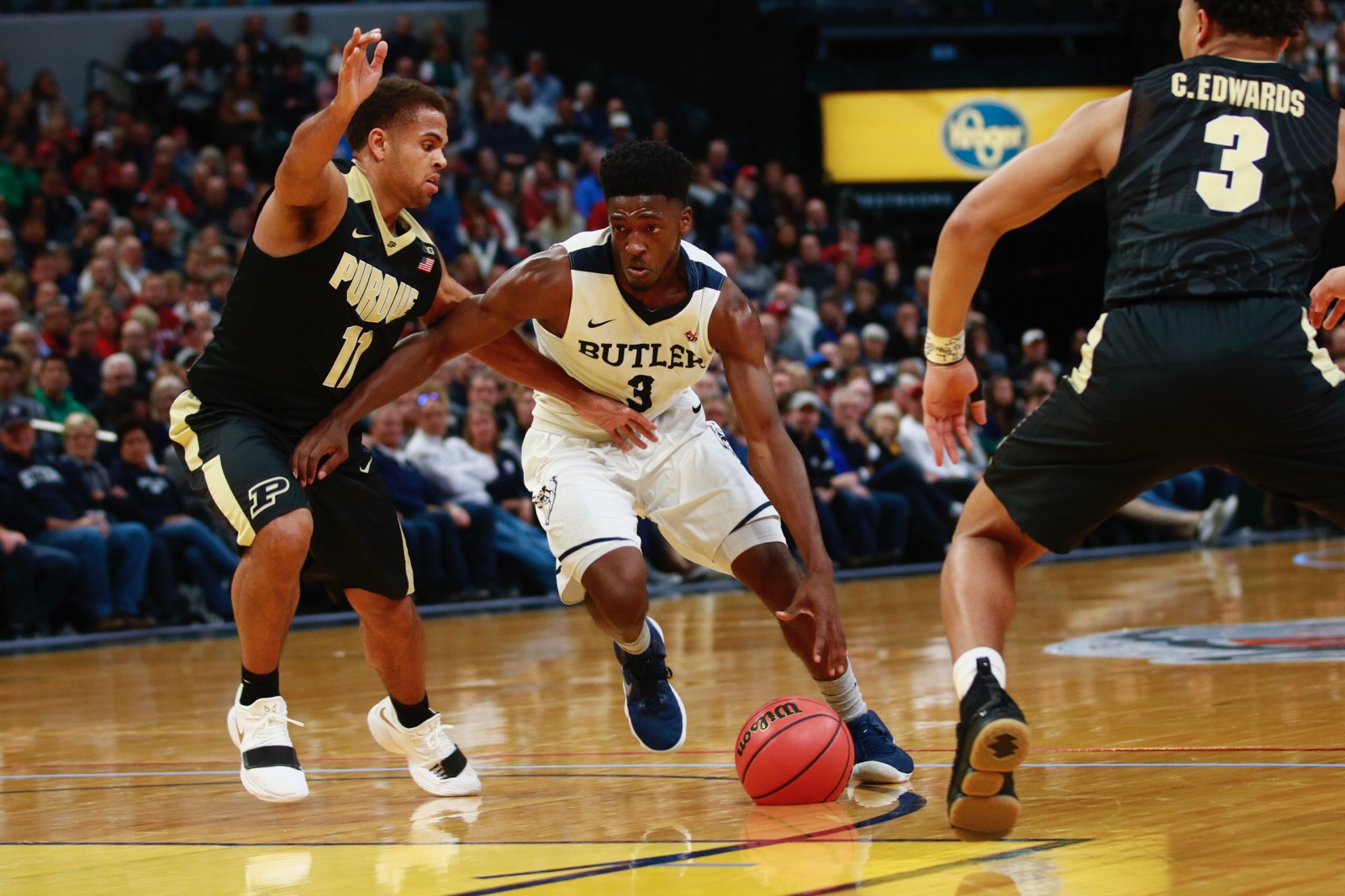 The Butler men’s basketball team dug themselves yet another huge hole to climb out of, but this time the comeback effort came up short. Many of the issues that have plagued the team throughout the season were on full display in this game, particularly during the first half. Here are three takeaways.

1. Butler needs to find a way to get easy baskets.

Against good defensive teams like the Boilermakers, playing halfcourt offense is going to be a struggle, especially since the Bulldogs aren’t a great offensive team to begin with. Nothing came easy for Butler in this game. They only scored 19 points on 21 percent shooting in the first half and did not record a single fastbreak point. The Bulldogs shot 38 percent for the game and had 11 assists.

This needs to change if Butler is going to be competitive with the best teams in the country. While they don’t have to be a great offensive team, Butler has to generate easy shots for themselves sometimes. The transition offense that looked so promising against Kennesaw State and Princeton has vanished for large parts of the past month. The 13 fastbreak points in the second half were what allowed Butler to get back within striking distance. Now, the next step is to make that happen on a consistent basis for entire games.

2. The undersized Bulldogs did a great job on the glass.

Considering that Purdue has at least one 7-footer on the court practically the entire game, rebounding against them can be quite a challenge. Butler made it look rather easy, winning the rebounding battle 37-31 overall. More importantly, the Bulldogs held Purdue to seven second-chance points and grabbed 18 offensive rebounds to the Boilermakers’ seven. This game could’ve gotten even more out of hand if Butler didn’t control the glass the way they did.

Being able to rebound at a high level while playing a small lineup most of the time is a huge benefit. Four different Bulldogs had at least five rebounds, making it a true team effort. As Butler heads into Big East play, this dedication to rebounding could make a huge difference. It is also another way to get easy shots near the basket, which was a major struggle for the Bulldogs in this contest.

3. The 3-point line is still a major problem.

If Butler was going to win this game, they were going to have to win the three-point line. Purdue’s size makes it extremely difficult to score inside, so the Bulldogs needed to knock down threes at a high rate. Instead, they went 7-for-22 from beyond the arc, including an abysmal 1-for-14 to start the game.

Equally as troubling was Butler’s three-point defense. The Boilermakers shot 43 percent from three, higher than their season average of 39 percent. Purdue outscored Butler by six points from the 3-point line. The return of Sean McDermott helps on the offensive end, but even with McDermott, Butler struggled to shoot the three. The perimeter defense continues to be just as concerning.