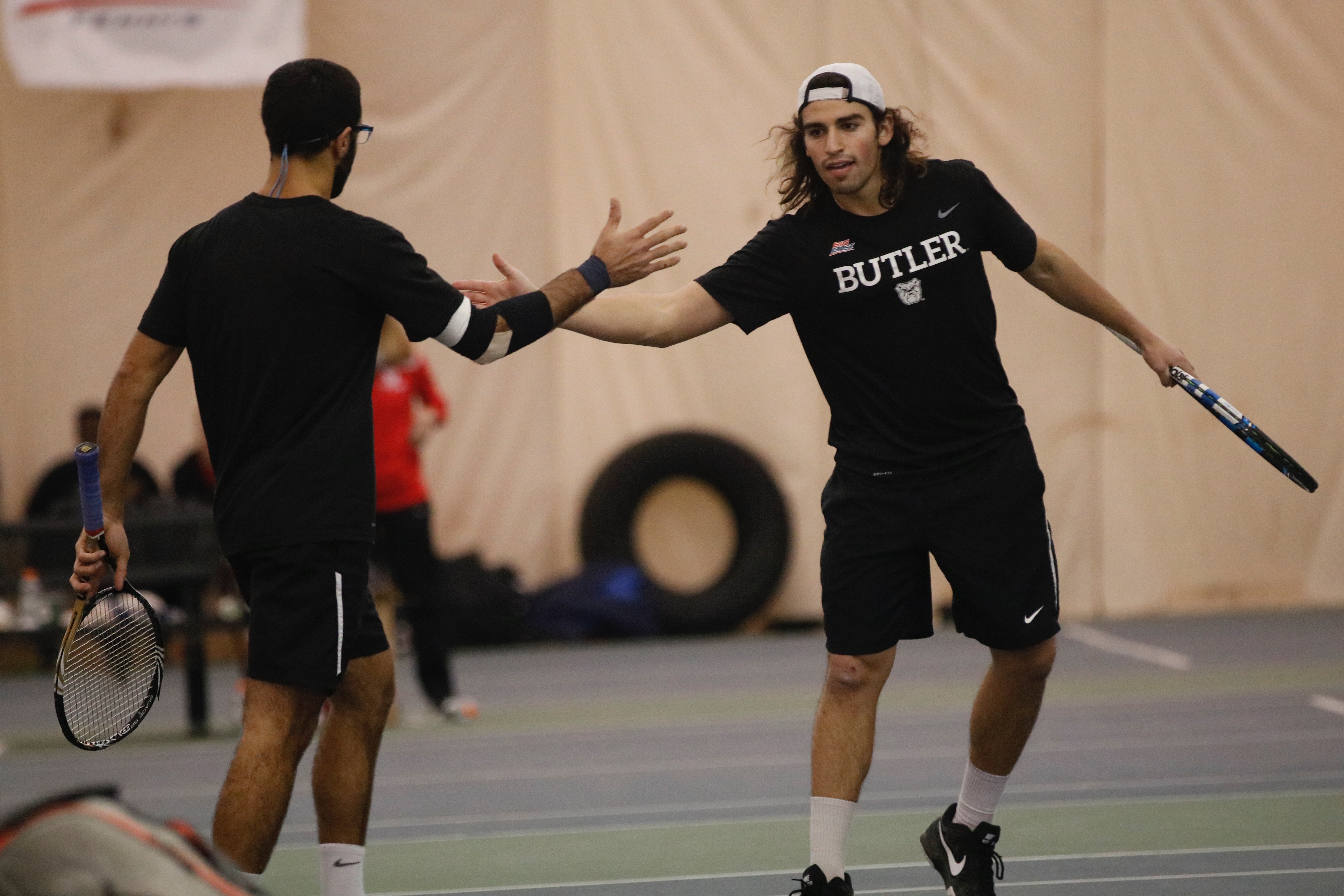 The Butler University men’s tennis team holds a 14-5 record as they look toward the Big East Championships.

The championship will start April 27 in Cayce, South Carolina.

This year’s team is already matches ahead of last year’s. Last season, the team finished 9-14, highlighted by a five-game winning streak, but followed by a losing streak of six-games.

This season, the team capitalized on the positive with a seven-game winning streak, which began March 3 and ended April 7 against DePaul University.

The success has come with a young roster. Of the nine rostered players, six are sophomores. Five started with the team as first years, while sophomore Aviv Ben Shabat transferred from UNC-Wilmington this year.

Head coach Parker Ross, a 2006 Butler graduate, said the group of sophomores are not at the level they could be.

“We’re not even close [to them reaching their full potential],” Ross said. “That sophomore class, when they are seniors playing in their last conference tournament, I think they would all be able to beat themselves now, pretty handily.”

Dragos consistently plays in the No. 3 slot and said he can see growth in his game since last season.

“I’m fixing a lot of the things I didn’t do as well last year,” Dragos said. “I have a lot of energy in practice and matches. And I’ve been staying positive.”

In terms of performance, the team saw shutout victories over Dayton, Cleveland State and Northern Illinois — all teams they lost to last year.

The 12-3 @BUMensTennis team is coming off a win over Ball State and hosts IUPUI Saturday. @chelsgroves21 tells you more… pic.twitter.com/RpTzDQ4Wgz

During spring break, the team scored a huge victory over Furman University.

The victory was tight and came down to Khmiadashvili’s match. His victory sent the Bulldogs to a 4-3 win.

“The win over Furman was one that really let us know how good we are,” Ross said. “It kind of got national recognition.”

The team also saw a recent 6-1 victory over what Ross said was a “really good Marquette team.”

Off the court, the team possesses a unique quality for a competitive atmosphere — they are friends.

“We’re all really tight knit and we’re friends,” Dragos said. “You can yell at one of your friends a lot more than a teammate. It’s easier on the court to play with your friend rather than some random kid on the court next to you — you want to win for your friends and your team.”

“Our team chemistry is on another level,” he said. “They’re good guys, they’re funny, they want to win and it’s a nice balance.”

The team will wrap up the regular season on the road against Xavier University on Saturday at 12 p.m.

Seeding will be determined on Monday. Since not every Big East team faces each other, seeding is not straightforward. It is determined by national rankings, head-to-head opponents, common opponents and scores.

Play will begin for the Bulldogs on April 28.