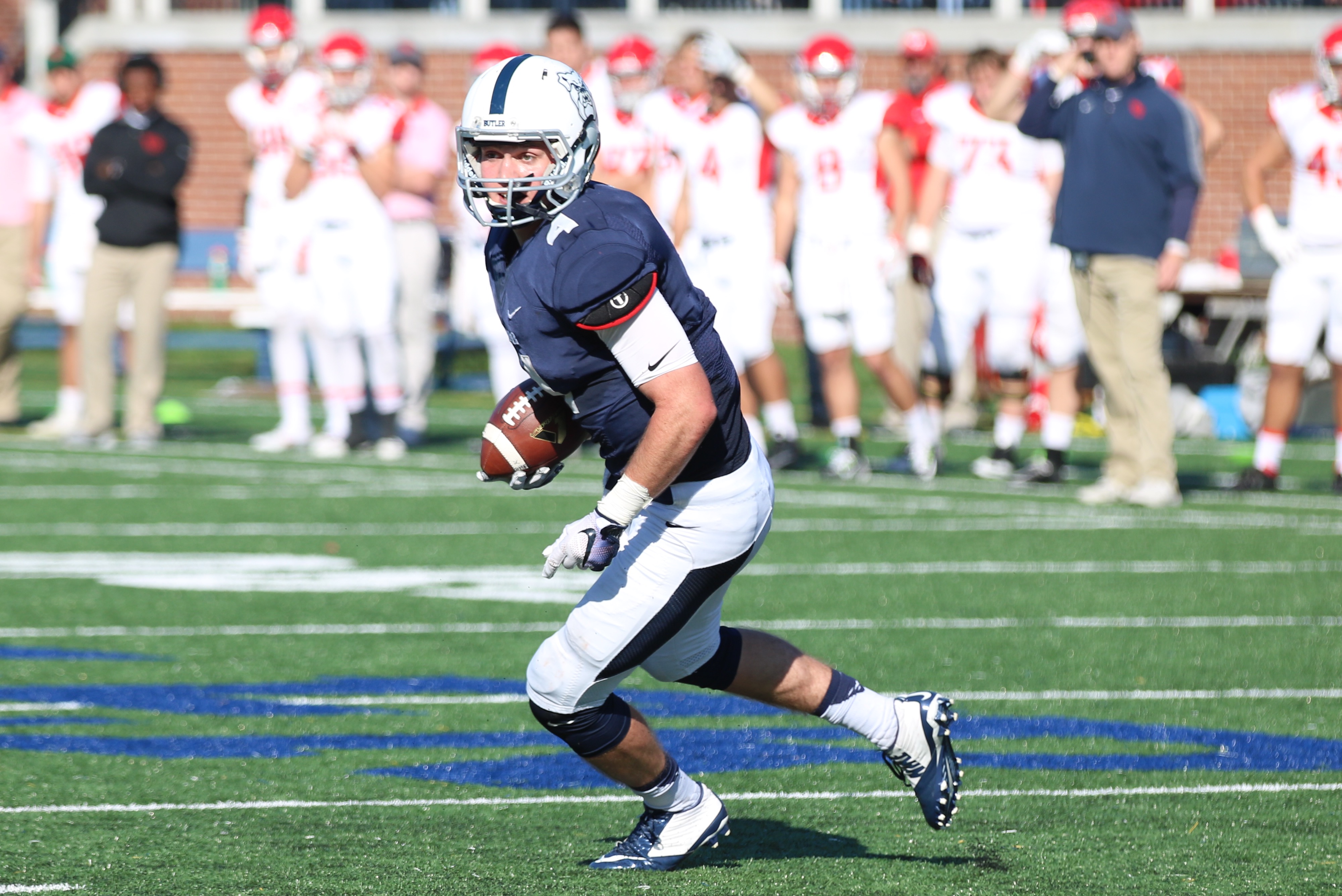 Sophomore wide receiver Pace Temple seizes opportunities. Temple snagged 18 receptions for 214 yards as a freshman. Four of those catches in his 10 games were touchdowns.

He stepped up his game for the Bulldogs (4-5, 2-4 Pioneer Football League) this year. Temple has posted 51 receptions for 864 yards and averages 96 yards per game through nine games. The Geneva High School product said he gained confidence in the off-season.

“I am now much more confident with my assignments and my role,” he said. “I have learned how vital the off-season is, and I am always learning how to become a leader.”

Temple said he has owned a competitive nature since he was young. He said that spirit drives him on the football field.

“I have always had a hard time losing,” he said. “As I have gotten older, that hasn’t changed much.”

“We inspire each other because we are great friends,” Martin-Hayes said. “We genuinely wanted to see each other have great games. We would joke around on the sidelines and keep it fun, but we would always lock in on the field.”

Martin-Hayes now attends Butler football games as a fan. He said he has watched his mentee grow as a player and person over the last year.

“He has always been elite,” Martin-Hayes said. “I have definitely seen him improve as a leader. When you go up to snatch a ball off a defender’s helmet, you need to have a mindset of, ‘This is my ball.’ He has that mindset.”

“He loves to bring enthusiasm to the offense,” Weaver said. “He is the kind of receiver that makes every catch look exciting, and that is a testament to his athletic ability.”

Weaver said he has the utmost confidence in the sophomore’s abilities.

“Having Pace as a target is easy,” Weaver said. “If you give him a chance, he will do his best to make a play for you. As a quarterback, you find comfort in that when you are going through your reads and progressions.”

“He is extremely dynamic,” Rogers said. “Just when you think you have him covered, he gives you that extra step to get separation for the catch. He is easily the hardest receiver I have ever covered.”

And here is Pace Temple coming into your living room. #GoDawgs pic.twitter.com/7nTyGnhrMb

Rogers is close with his classmate, but said they put their friendship to the side when they step in between the white lines.

“He constantly tests my skills,” Rogers said. “During the camp, we battled a lot. We set out to make each other better players on the field.”

Temple may own the offense’s most eye-popping numbers, but credits his teammates for his success.

“I am around a group of guys I know have my back,” he said. “I know I’m in a special place that people truly love to be a part of.”

Temple has two more games this season to showcase his skills before moving into the off-season to prepare for his junior year of football. The Bulldogs host Morehead State University on Saturday at 1 p.m.