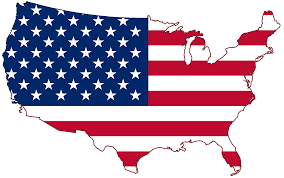 The national anthem resounds across the stadium, notes suspended from end to end as fans rise, hats lift off and players still, hands over hearts, eyes skyward.

Colin Kaepernick descends to the ground. A 90 degree bend lowering his body to graze the sideline before his full weight settles on the left knee, elbow resting over the top, a slight lean forward. A noticeable dip in the line of players facing the flag.

Kaepernick is taking a stand. Maybe that’s the wrong word to use when he kneels.

“I am not going to stand up to show pride in a flag for a country that oppresses black people and people of color,” Kaepernick told NFL Media at the end of August.

Kaepernick took a knee, and the air is thick with the smog of unease, our distress manifested in bar banter, opinions outlined in 10-inch columns and voices broadcasted over national TV.

Protest makes people uncomfortable. There’s a slight tick in the neck, a stuttering of movement, and somewhere in between, America decided we don’t talk about what makes us uneasy, that the First Amendment allows one to speak but not to be heard.

Names like Trayvon Martin and Michael Brown are dialed to white noise. Let’s not talk about the fact that young black men are 21 times more likely to get shot by police than white men according to a ProPublica report. Nevermind that black males ages 25 to 39 are six times more likely to be imprisoned than their white counterparts, the U.S. Department of Justice reported.

These are the issues Kaepernick kneels for.

Instead, America weaves the conversation into a roundabout, circling from one debate to the next but never approaching the center to address Kaepernick’s message.

Dizzying our minds with a series of controversies until we don’t know up from down, we sigh with false exhausted satisfaction that all of the questions have been answered, when in reality, they have not.

And when we finally clear from the roundabout we so lovingly coiled our words around, America will look up in a daze, and realize in our desperation to avoid the hard questions, we have become the moderates Martin Luther King, Jr. cautioned against.

America, we’re doing this all wrong.

Call Kaepernick’s protest a PR stunt, and he will list 10 easier ways that make his name relevant again without abusing the plight of African-Americans or risking his livelihood.

Say Kaepernick can’t understand black oppression with a $129 million contract in his pocket and he’ll recall the night a cop pointed his gun at him. Not a single cent of that contract changes the color of his skin.

His success should not undermine the cause of his protest when such success is an anomaly in a country where the average white household makes 16 times more than a black household.

Ask why he can’t focus on football and he will respond with numbers. Sixty-eight percent of NFL players are black. Out of 32 head coaches, only five are black. In 96 years, the league has yet to see a black team owner.

The NFL is simply a microcosm of the very reality Kaepernick objects against. He said he plans to kneel until “I feel like that flag represents what it’s supposed to represent.”

What would Americans have Kaepernick do in place of kneeling? What other forms of protest could’ve survived the on-demand, fast-track attention span of this country?

What action does this country require from an athlete to peacefully raise awareness about an issue that plagues the minds of the everyday citizen to the West Wing of the White House?

Seventy percent of white Americans believe Kaepernick’s behavior is unpatriotic while only 40 percent of minorities say the same according to a Reuters poll.

Protest does not cause division; it magnifies preexisting fissures.

Standing for the national anthem doesn’t make an individual any more American or patriotic than someone who chooses to kneel.

For the past month, the Kaepernick issue has streamlined into a debate concerning the apparent disrespect for the military.

His posture hardly changes the fact that there were nearly 50,000 homeless veterans in 2014, according to a U.S. Department of Housing and Urban Development report.

Before we accuse Kaepernick of disrespect towards the military, let us recognize that respect demonstrated during the anthem can only penetrate the surface level of what it truly means to honor the sacrifices of military members.

Nor did anyone call the NFL unpatriotic when the league received $5.4 million between 2011 and 2014 from the U.S. Department of Defense in exchange for participating in on-field ceremonies. And was it unpatriotic of Roger Goodell to accept $6.7 million in 2013-2015 from the National Guard for the similar reasons listed above?

The league distorted the national anthem from a moment of patriotism to a marketing ploy in more ways than one, even before Kaepernick ever took a knee.

Kneeling before the flag shouldn’t be seen as a symbol of defiance, but rather a posture graced with the acceptance of service to his country.

We the People of the United States. Whether we choose to kneel or stand, the question remains the same.

Protest is not the beginning of a solution, but the realization that a problem must be solved.