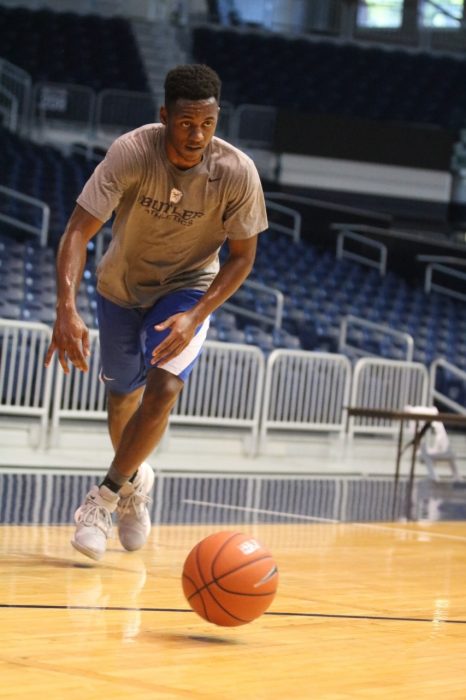 When you speak with Avery Woodson, you can quickly glean that respect is one of his core values. He knows he has not called Indianapolis home for long, but he still aims to represent the Butler Way.

Woodson, who became a Bulldog on April 18, originally planned to wear number 33 in the 2016-17 season. After attending former Butler player Joel Cornette’s ceremony on August 22, he decided to make a change. He will now wear number zero in his final season of college basketball.

“It is all a matter of respect, he said. “Joel had a very impressive career here, and I just want to show respect to him and his family. What he has done for this program means so much to me and our team.”

Such a beautiful service for Joel Cornette today. I don’t have to know you to respect you and everything you’ve done. Rest in peace ??

Woodson, who graduated from Memphis in the spring, said he developed that high regard after hearing Cornette’s friends and family’s stories at the ceremony.

“He was a once-in-a-generation type of player as far as leadership and energy go,” he said. “I just wanted to show that ultimate respect after seeing what he meant to Butler and this community.”

“Our community will realize that Avery has a really good appreciation for why he came to Butler,” he said. “He was moved by who Joel was and what he represented, and our people will realize that we have a special young man here.”

After making the initial decision to change numbers, Woodson knew exactly what number he wanted, and he had two main reasons for it.

The first reason was because he wanted the Twitter handle @_Subzzer0 as opposed to his previous handle of @_CampaignAve.

The second reason dealt with his remaining eligibility after this season.

“I have zero years left to play college basketball,” he said. “I started from ground zero.”