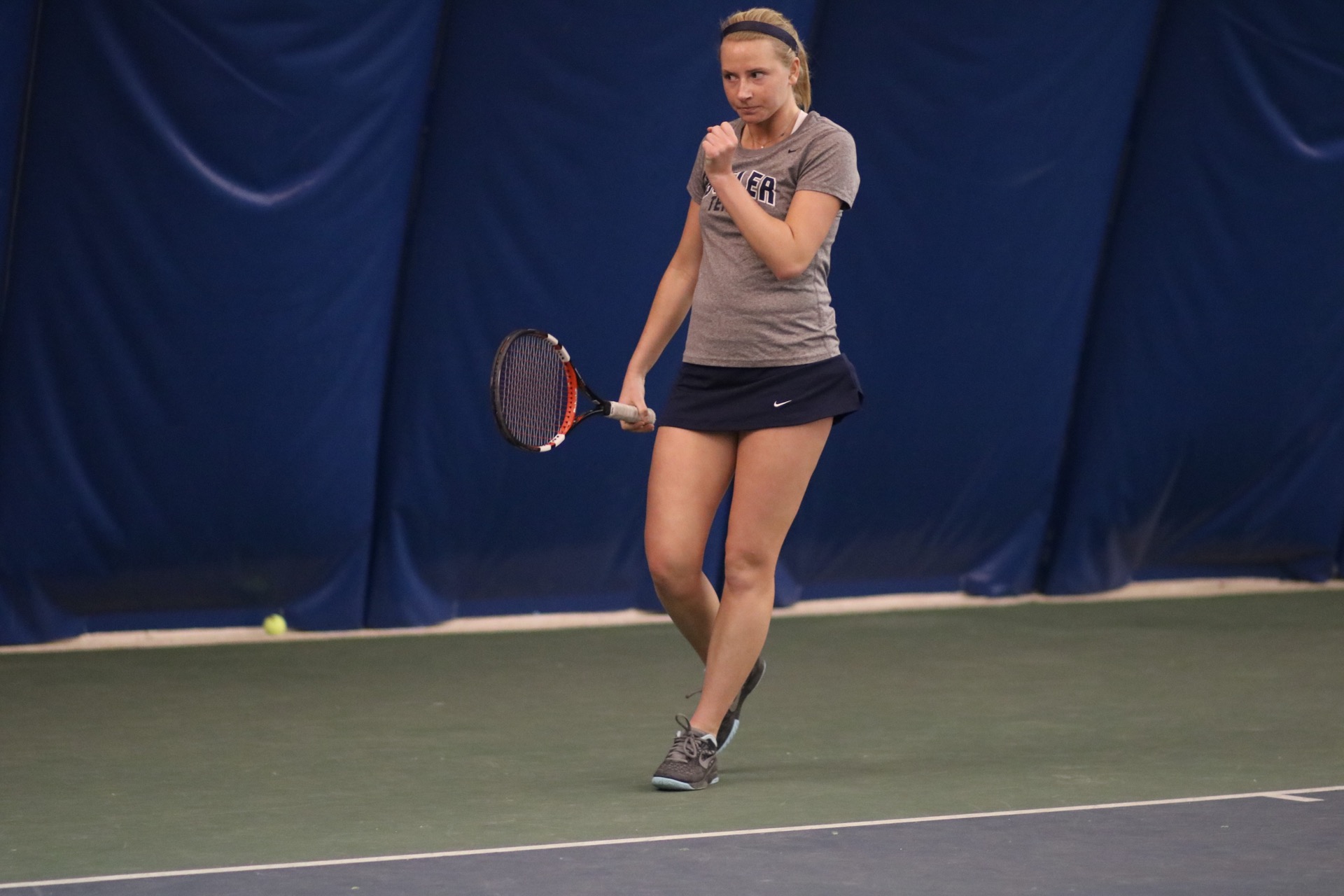 The Butler University women’s tennis team was unable to defend a home court advantage and fell to the University of Cincinnati on Feb. 27. The 6-1 loss sets the team’s record to 1-12.

A strong performance from Rachel Sutton at No. 4 singles rewarded Butler with its lone point of the match, allowing the Bulldogs to narrowly sidestep being swept by the Bears. Sutton battled her match to three sets. After losing the initial set 2-6, the sophomore rallied to win the next two 6-2, 6-1.

Sophomore Bailey Padgett was the only other Bulldog to force her match into a third set. After losing 6-0, Padgett defeated Ali Miller 4-6 before falling 6-3.

The rest of the team was unable to come up with wins for singles competition.

The efforts of Konstantina Adami and Padgett at No. 1 doubles converted to a win with a final score of 7-5. However, a 7-5 defeat in the No. 2 doubles slot for Kailey Eaton and Jocelyn Koester resulted in Cincinnati gaining the point advantage.

The Bulldogs travel to Florida for a series of matches starting March 8 and concludes March 10. The first match at Florida International begins at noon.