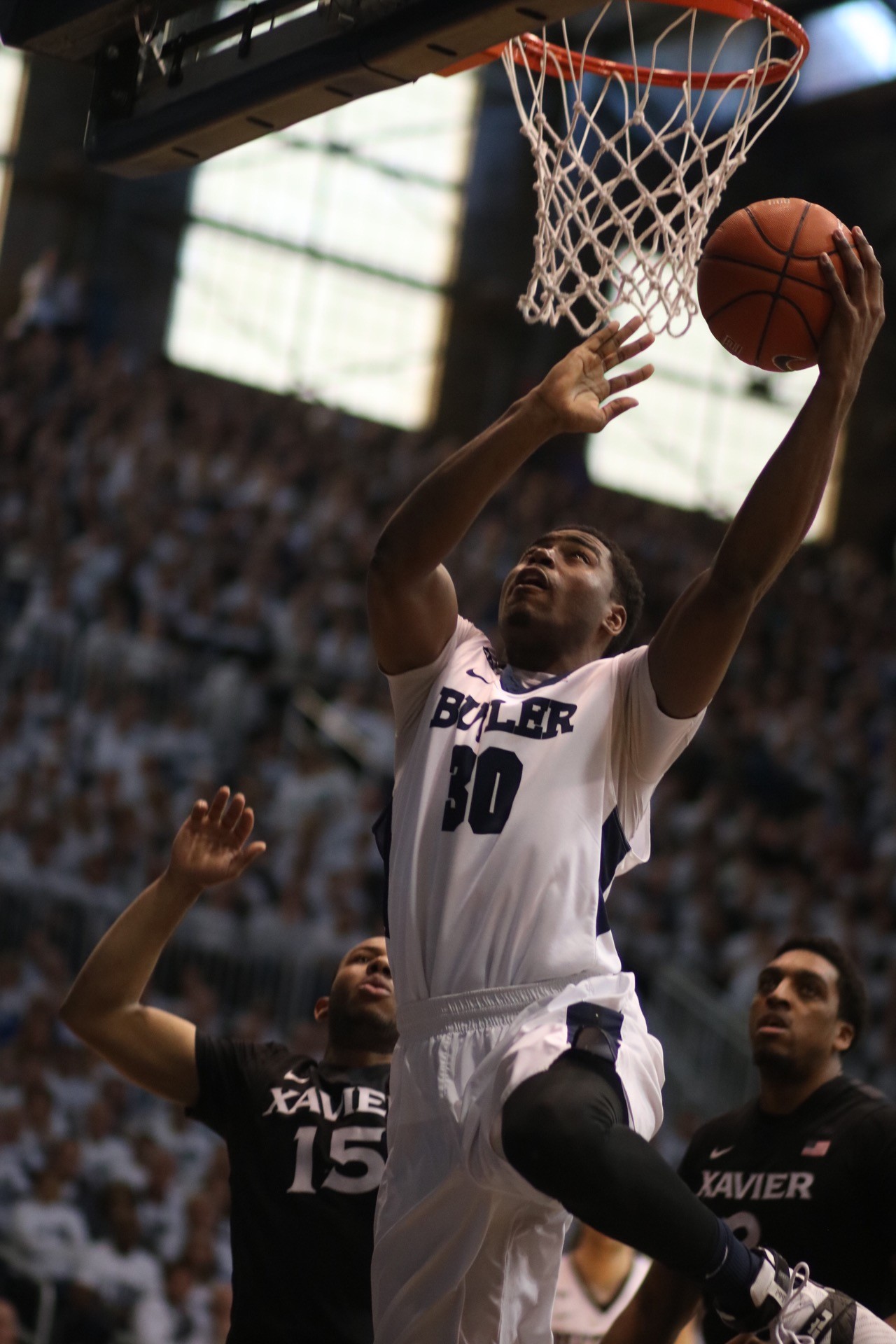 The Butler University men’s basketball team narrowly defeated Georgetown University in overtime on Feb. 27 by a score of 90-87. The win helps Butler improve to 19-9 overall and 8-8 in the Big East. Georgetown falls to 14-15 on the season and 7-9 in conference play.

Kellen Dunham led the way for the Bulldogs with 29 points. Kelan Martin and Roosevelt Jones also each contributed 18 points. Tyler Wideman helped on the defensive side of the ball with eight rebounds and a team-high seven steals before fouling out.

This sums up the first half for Butler… a thing of beauty. https://t.co/WK1Oy4zYxz

After Butler led 79-66 with 2:37 left to play in the game, Georgetown would score 17 of the final 20 points of the game to push it into overtime. In overtime, D’Vauntes Smith-Rivera and Jones both fouled out, taking the senior point guard experience out of the game for both sides.

Down the stretch, the Bulldogs missed 16 of their 44 free throw attempts which would have ultimately meant a win in regulation. However, Butler would connect on eight of 12 attempts from the free throw line in the extra five minutes, including two critical ones from Jordan Gathers to seal the victory.

“I’m really proud of that effort,” head coach Chris Holtmann told ButlerSports.com. “We won on the road against a talented team that wasn’t going to lay down for anyone. We didn’t hit our free throws, but a lot of teams would have packed it in when it went to overtime. We didn’t. That’s a gutsy win in the Big East.”

Smith-Rivera led the way for Georgetown with 26 points, four rebounds and four assists.

The Bulldogs will return to action on March 2 at home against Seton Hall University. Tip is scheduled for 8:30 p.m. and will air on Fox Sports 1.