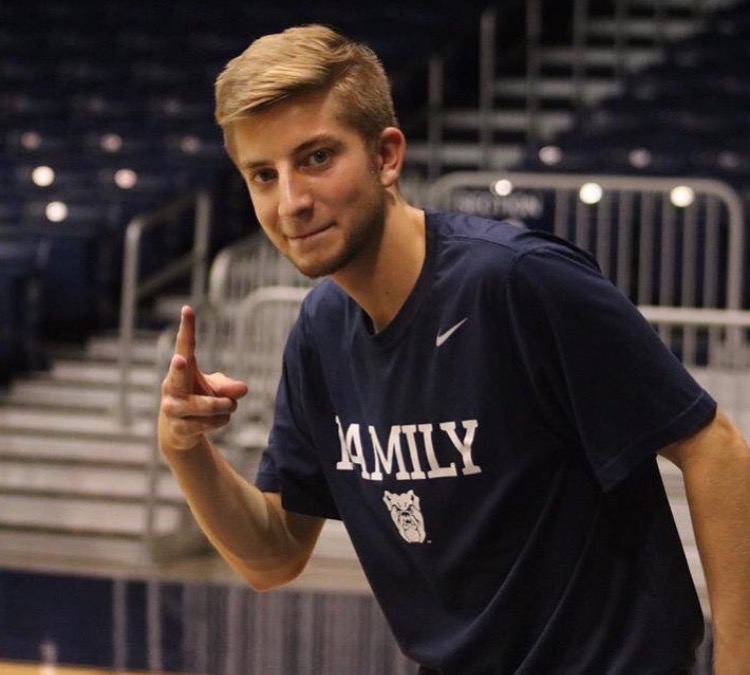 Adam Owens was there before it happened. He was in the spot before all of the attention, acclaim and recognition came. Adam Owens stuck through thick and thin, and now, his patience is being rewarded.

Owens, a freshman, hails from Fort Wayne, Indiana. He currently serves as a manager for the Butler University men’s basketball team. His father, Craig Owens, graduated from Butler in 1990. Craig passed down the Butler magic to his oldest son, and Adam has cheered for the Dawgs since he was a young pup.

“I grew up going to Hinkle; the old Hinkle,” Adam said. “I remember Avery Sheets hitting game-winners back in 2005, and I remember A.J. Graves making half-court shots on a normal basis in 2008. The charm is still there.”

Craig believes that the unbridled Butler spirit was instilled in his son. Ask him about Adam, and his voice beams with pride.

“It has been a lot of fun to see him soak up the Butler Way,” Craig said. “Everyone talks about it, but it is a real thing. It is who Adam is as a person.”

As a manager, Owens understands that the elbow grease come with the job. You might see him as one face in a sea of over 9,000 people, but the true grind occurs when no one is watching.

“Every day, we have to be at practice an hour early,” he said. “Day by day, it changes, and you have to be ready for pretty much anything.”

Craig is convinced that his son is a basketball savant. His uncanny knowledge of the game serves him well on the sidelines.

“I love basketball, and I know the game,” Craig said. “He knows more than I will ever know. We will be watching a game on TV, and he sees plays way before they happen.”

For Owens, being a member of this basketball-crazed community is the most satisfying part of the job.

“You really feel like you’re part of the team because you truly are,” he said. “On game day, you might be wearing a polo instead of a jersey, but you’re still representing Butler.”

His palpable passion resonates with his polo-wearing peers.

“Adam will always do things that other people may not want to do,” freshman manager Sam Sturtevant said. “It’s not that easy to transition to being a star on your high school basketball team to doing the dirty work as a manager, but he knows where his place is.”

His upbeat demeanor strikes a chord with the players. His energy lifts the Bulldogs when they need help.

“He will text me on a Friday night at 12:30 saying, ‘Hey, do you want to go shoot? I will rebound for you,’” redshirt freshman Sean McDermott said. “If I text him, he is always there to rebound for me. He is just an awesome dude.”

Sturtevant could see the potential bond between he and Owens from day one.

“On the first day I met him, we were talking about how we were going to be the head managers in a few short years,” he said. “We talked about how we would take the journey together.”

McDermott pinpointed what so many others have felt: Owens’ passion extends far beyond 510 W. 49th Street.

“He always talks about his passion for Butler,” he said. “But it’s not just Butler. It’s the game. Period.”