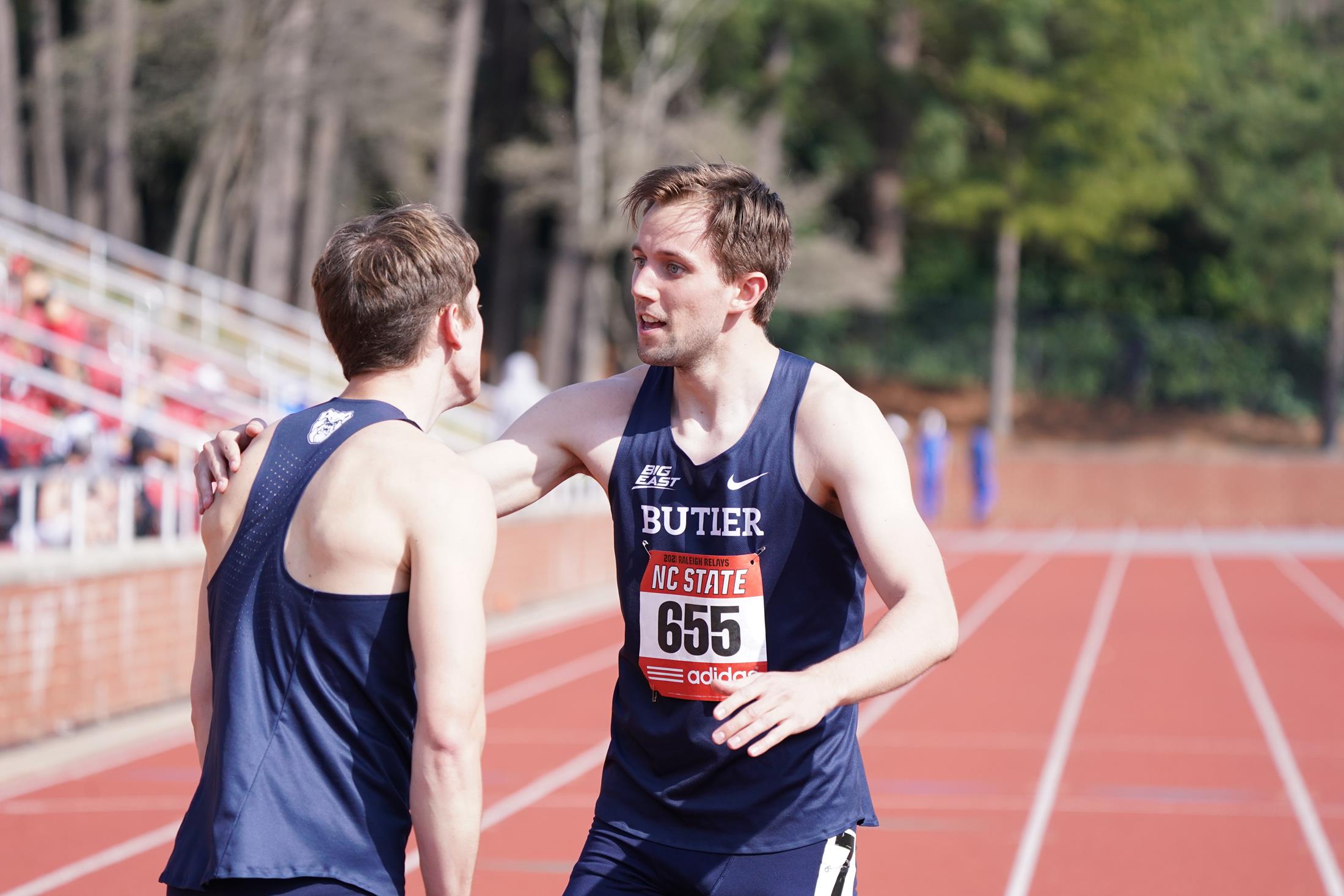 Graduate student Tom Pitkin embraces his teammate after racing in the 200 meter dash at the Raliegh Relays. Photo courtesy of Butler Athletics.

The Butler track and field team began the month of April by heading west over the border to another corn-filled state in Normal, Illinois for the Redbird Invite.

The highlight of the meet came from the men’s 400 meter dash, where the team claimed the top three spots.

Graduate student Tom Pitkin and sophomore Zac Stanley were neck and neck the entire race until Pitkin edged out Stanley by a hundredth of a second to take first. Pitkin’s final time was 49.04 with Stanley right behind in 49.05.

Topping off the race was freshman Michael Beros taking the final spot on the podium. He crossed the line in third at 49.54.

In the field, sophomore Drew Herman finished with another stellar performance placing third in the high jump with a leap of 2.00 meters.

Butler finished the race by winning their sections on both sides of the 800 meter dash. Senior Nick Robie placed first with a time of 2:03.37, while for the women, sophomore Abby Fostveit won her race with a time of 2:25.39.

The Bulldogs will head back to Illinois next weekend starting on April 8 to compete at the Illini Classic in Urbana-Champaign, Illinois.