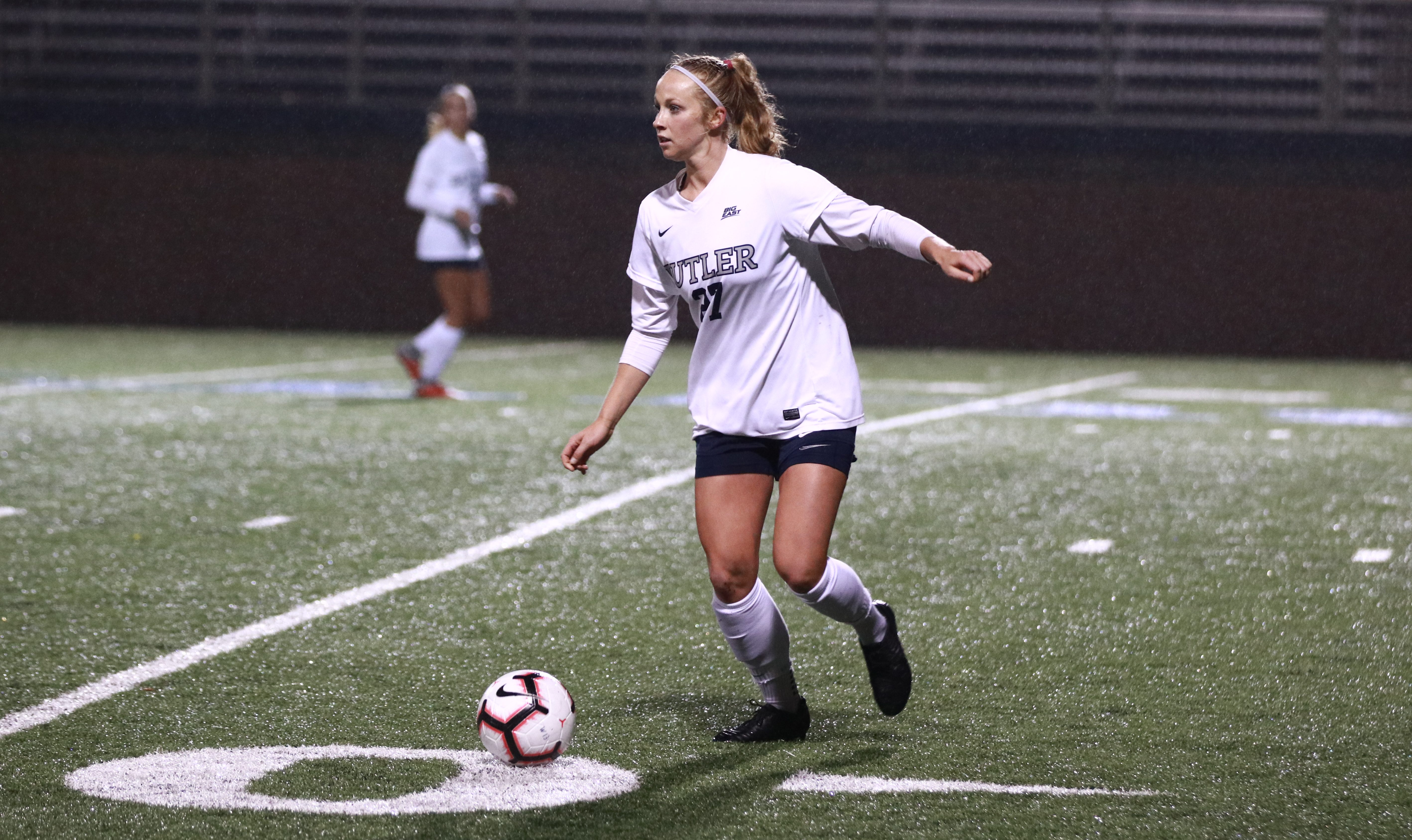 The 2019 Butler women’s soccer season is well underway, and the Bulldogs have wasted little time working themselves into a pair of thrilling matches.

Butler has started the season 3-1, outscoring their opponents 10-4 through the early goings of this season. Their most recent match came in the 2-1 overtime loss to No. 15 Wisconsin.

After reaching the NCAA tournament twice in three years, the Bulldogs did not live up to their own expectations last season and were left on the outside looking in. Butler fell 1-0 to No. 4 Georgetown in the Big East tournament final and was not awarded an at-large bid.

Co-head coach Tari St. John said the Bulldogs are using the disappointing end to last year as fuel in 2019.

“There’s maybe a little bit more of not necessarily urgency but certainly a mindset of taking care of business this year,” St. John said. “I think it translates into some motivation for us. There definitely was that sense of emptiness for us last season that translated into some great work this offseason.”

The Bulldogs lost two key contributors from last season in National Women’s Soccer League 2nd round draft pick Paige Monaghan and leading scorer Halle Stelbasky. But the biggest change for the team this season has come in the net.

Junior Steph Rodriguez takes over the starting spot for the Bulldogs this season following the departures of Hannah Luedtke and Leonie Doege.

Rodriguez said she wasn’t just waiting in the wings, though. She was learning and preparing for her chance.

“The last two years really were a great privilege for me and really prepared me for a starting role,” Rodriguez said. “We had a really great goalie group that was super competitive at a high level. I was able to learn every day whether I was playing or not.”

And the stats show that Rodriguez took pretty good notes.

After a strong spring season — she only allowed one goal in five matches according to St. John — Rodriguez has allowed three goals in the team’s four opening matches. She has posted a .99 goals against average.

During the team’s most recent match against No. 15 Wisconsin, Rodriguez made several key saves, including a diving stop in the 73rd minute.

“She was ultimately recruited years back to be a starting goalkeeper,” co-head coach Rob Alman said. “It’s her time now and she has certainly stepped up and grabbed it.”

But it won’t be all on Rodriguez to hold off opponents’ offensive attack in 2019. Unanimous All-Big East back Annika Schmidt returns for her senior season with Butler. Julia Leonard and Amanda Kowalski each started in at least 18 games last season. They were all a part of a defense that shutout nine opponents last year.

“Our defense starts with our offense, that’s why we’re so solid,” Schmidt said. “We execute a game plan for each game and scenario and every single one of our players works their butt off and defends.”

Butler’s offensive attack will rely heavily on four members of their 2018 recruiting class to carry the load this year. Anja Savich, Katie Soderstrom, Morgan Kloosterman and Celia Gaynor each saw significant action in 2018 and will step into lead roles in 2019.

Soderstrom has been crucial for the success of Butler’s corner kicks this season, with three of her five assists coming off set pieces. She also posted a two-goal effort against IUPUI.

Celia Gaynor and Morgan Kloosterman have started every match for the Bulldogs this year and will look to build off strong freshman campaigns.

Savich, the 2018 Big East freshman of the year, notched a seven-goal campaign in her first as a Bulldog. She opened this season with a two-goal effort against Morehead State to help the Bulldogs defeat the Eagles 3-0.

But the scouting report will most likely shift to focus on Savich after such an impressive freshman campaign. Savich said that increased coverage will open up more opportunities for her teammates.

“[The opponent] being on me more often will obviously open up more space for other players this season,” Savich said. “Hopefully that will create more scoring opportunities for everyone else and if they can finish and score that’s great.”

St. John isn’t too worried about anyone putting Savich’s name at the top of their scouting report.

“Once she gets into midseason form, I don’t think it’s going to matter that she’s on anyone’s scouting report.” St. John said. “She’s that dominant.”

Amid their strong start, the Bulldogs will continue their 2019 campaign Sept. 5 when they host Michigan State.