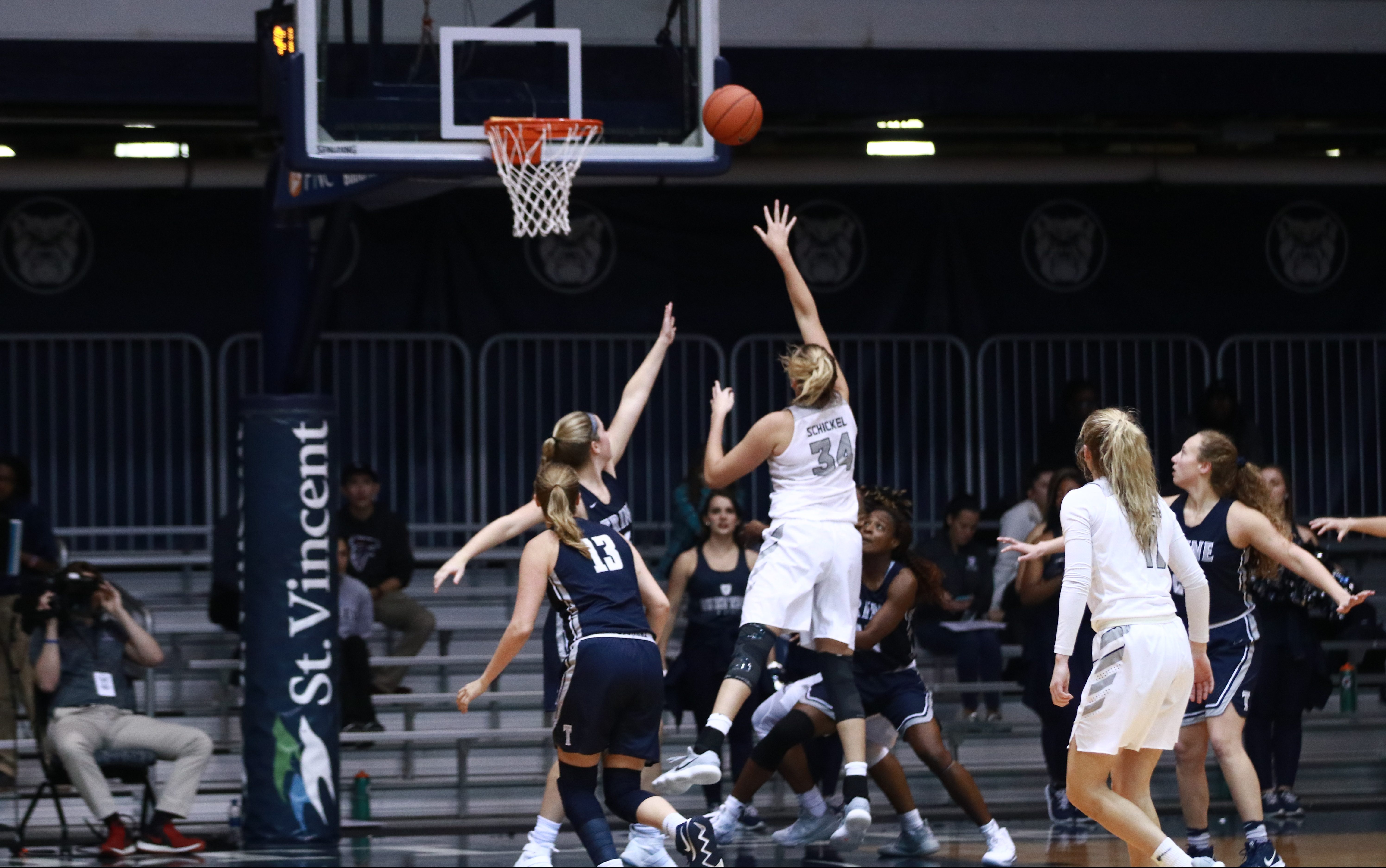 Tori Schickel goes up for a shot. Schickel led the team with 17 points in the win over Western Illinois. Jimmy Lafakis/Collegian file photo.

The Butler women’s basketball team beat Western Illinois, 92-51, on Nov. 17 at Hinkle Fieldhouse to move to 3-0 on the season.

A game after leading his team to the second-most points in his five years at Butler, head coach Kurt Godlevske and the Bulldogs recorded the most in his career: 92.

The Bulldogs exploded to a quick start and didn’t look back, leading 20-8 after one quarter and 38-16 at half. Butler then scored 56 points in the second half. The scoring punch came from all over, as five Bulldogs finished in double figures and 12 of the 13 players that dressed scored at least one point.

Tori Schickel reached her scoring average of 17 points on an efficient eight-of-13 shooting. Once again, Kristen Spolyar was a force on both sides with four steals and 14 points. Emilia Sexton was a surprise performer, scoring 11 points, six more than she had all season coming into the game. The same can be said for Jamilyn Robinson — perhaps on an even bigger scale — as she finished with 8 points despite not scoring in the first two games.

Butler hopes to take this even scoring distribution into its next game against UMass-Lowell at noon on Nov. 20.