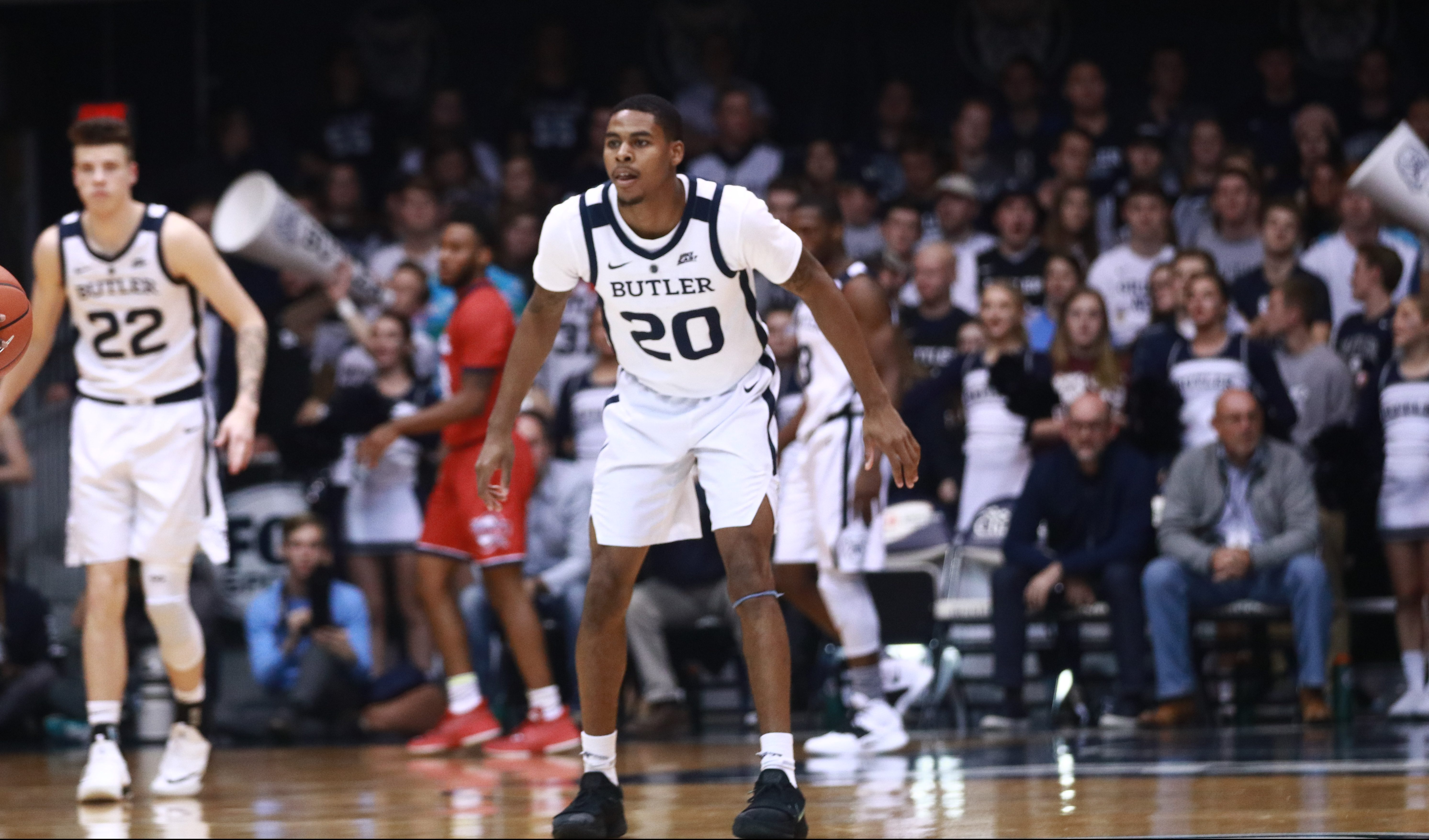 Henry Baddley and the Bulldogs set up on defense. Butler faces Dayton in the first round of the Battle 4 Atlantis tournament. Jimmy Lafakis/Collegian file photo.

While most people are preparing to eat large amounts of turkey, the Butler men’s basketball team is headed to the Bahamas to participate in the Battle 4 Atlantis tournament and take on the Dayton Flyers. Here’s what you need to know heading into Butler’s first round matchup.

Who: Butler vs. Dayton

Josh Cunningham is the guy for Dayton

Josh Cunningham missed the first two games of the season for the Flyers but went for 20 points and eight rebounds on 9-10 shooting in his season debut against Purdue Fort Wayne. The three-year captain is a preseason All-Atlantic 10 First Team selection heading into this season. Last year, the now redshirt senior averaged 15.6 points and 8.4 rebounds. Standing at 6-foot-8, this will be Butler’s first big test against a skilled big man. So far, Butler’s opponents have run their offense through their guards. With interior defense being a question mark heading into this season, the Bulldogs will have their hands full with Cunningham in the paint.

Through three games, six different Flyers are averaging 12 or more points and they can score from all over the floor. Cunningham is explosive in the paint and is a threat with his back to the basket as well as going up for lobs from Dayton’s guards. Ryan Mikesell is shooting 50 percent from the 3-point line and Jalen Crutcher is averaging six assists per game. Apart from Mikesell, the Flyers aren’t a good 3-point shooting team. If Butler can contain Cunningham down low and force Mikesell off the 3-point line, the Flyers will have a hard time scoring the basketball.

High-Level Basketball in the Bahamas

Butler and Dayton are joined in the Bahamas by highly ranked teams including the Virginia Cavaliers and the Wisconsin Badgers. Both are ranked inside the top 15 in the Kenpom rankings and the Florida Gators are also inside the top 30. If Butler were to beat the Flyers, it would most likely set up a rematch of the 2016 NCAA Tournament round of 32 between the Bulldogs and Virginia on Nov. 22.