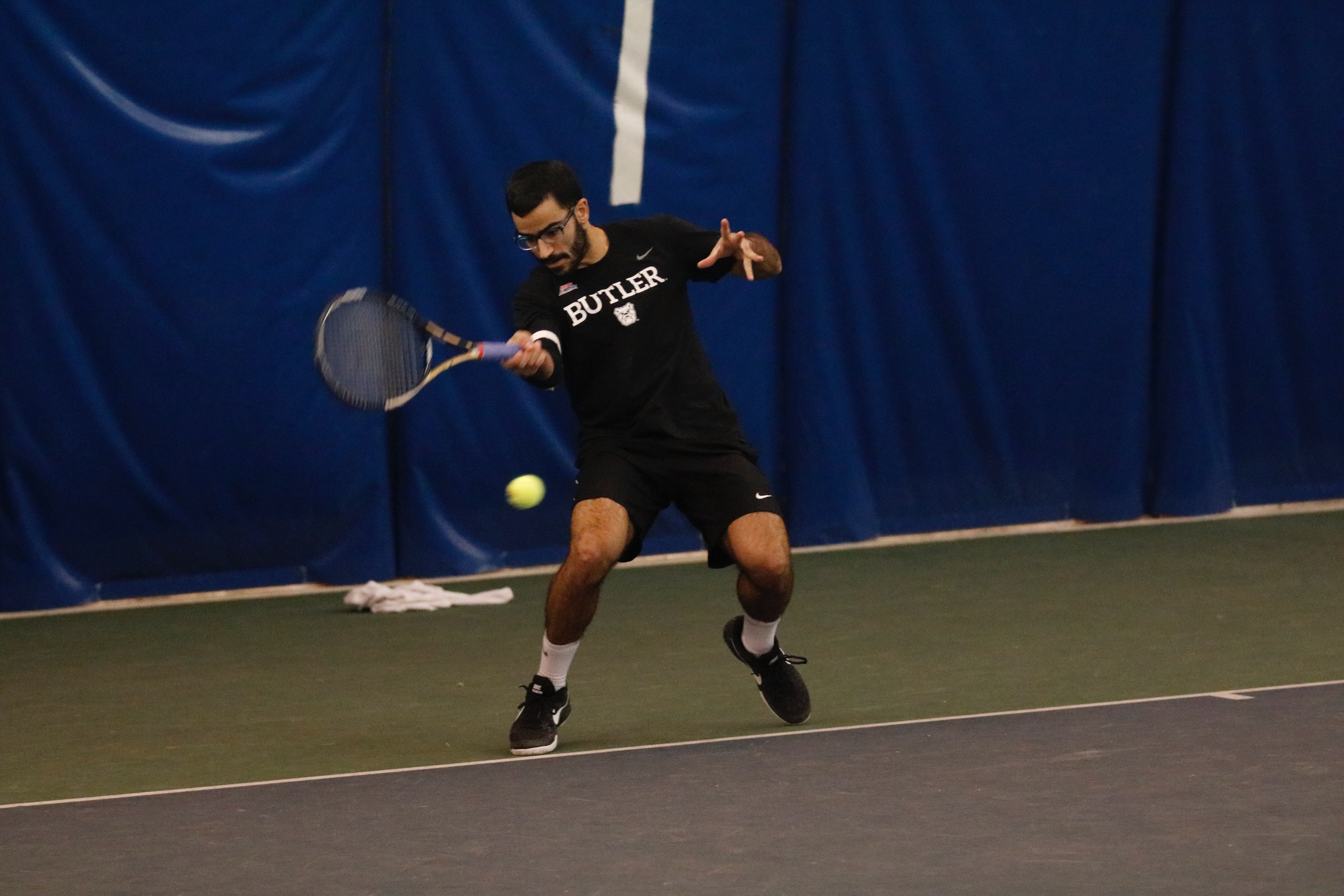 Aviv Ben Shabat in action at the Butler Bubble. The Bulldogs won two of their three matches in Florida this past week. Collegian file photo.

The Butler University men’s tennis team beat Fairleigh Dickinson and Quinnipiac with a loss to Southern Mississippi in between this week.

Butler beat Fairleigh Dickinson by a tally of 5-2 on Mar. 13 in Orlando.

Mason Dragos and Aviv Ben Shabat lost their doubles matchup, but each redeemed themselves with straight-set victories in singles play.

In similar fashion, Adrian Mag, in tandem with Ari Gerstein, lost his doubles matchup before redeeming himself with a straight-set singles victory.

After winning the doubles point, Fairleigh Dickinson would accrue only one more point in the remainder of the match.

Michael Dickson and Addison Cazier were also able to secure points for Butler, with only Sam Sullivan falling in singles play.

Butler remained in Orlando to face Southern Mississippi on Mar. 15.

Of note, this was the only match of the week in which the same six players partook in the singles and doubles portions for the Bulldogs.

Butler was able to take care of doubles play this time, thanks to a victory in the No. 1 spot by Dragos and Ben Shabat, and one in the No. 3 spot by Mag and Gerstein.

It was in singles play that the Bulldogs struggled, with only Aviv Ben Shabat and Adrian Mag able to win their matchups.

With four singles victories, Southern Mississippi defeated Butler by a score of 4-3.

The Bulldogs then traveled to Bradenton, Fla. to take on Quinnipiac on Mar. 16.

Butler dominated all the way, eventually taking a 6-1 victory.

After securing the doubles point, the Bulldogs won four singles matchups, all in straight sets.

Only Adrian Mag failed to secure a point for Butler, costing them the clean sweep.

The Bulldogs will see their first conference action the next time that they take the court, looking to build upon their Big East success of last season.

Butler faces Villanova on Mar. 23 at home, with a start time of 2 p.m. at the Butler Bubble.