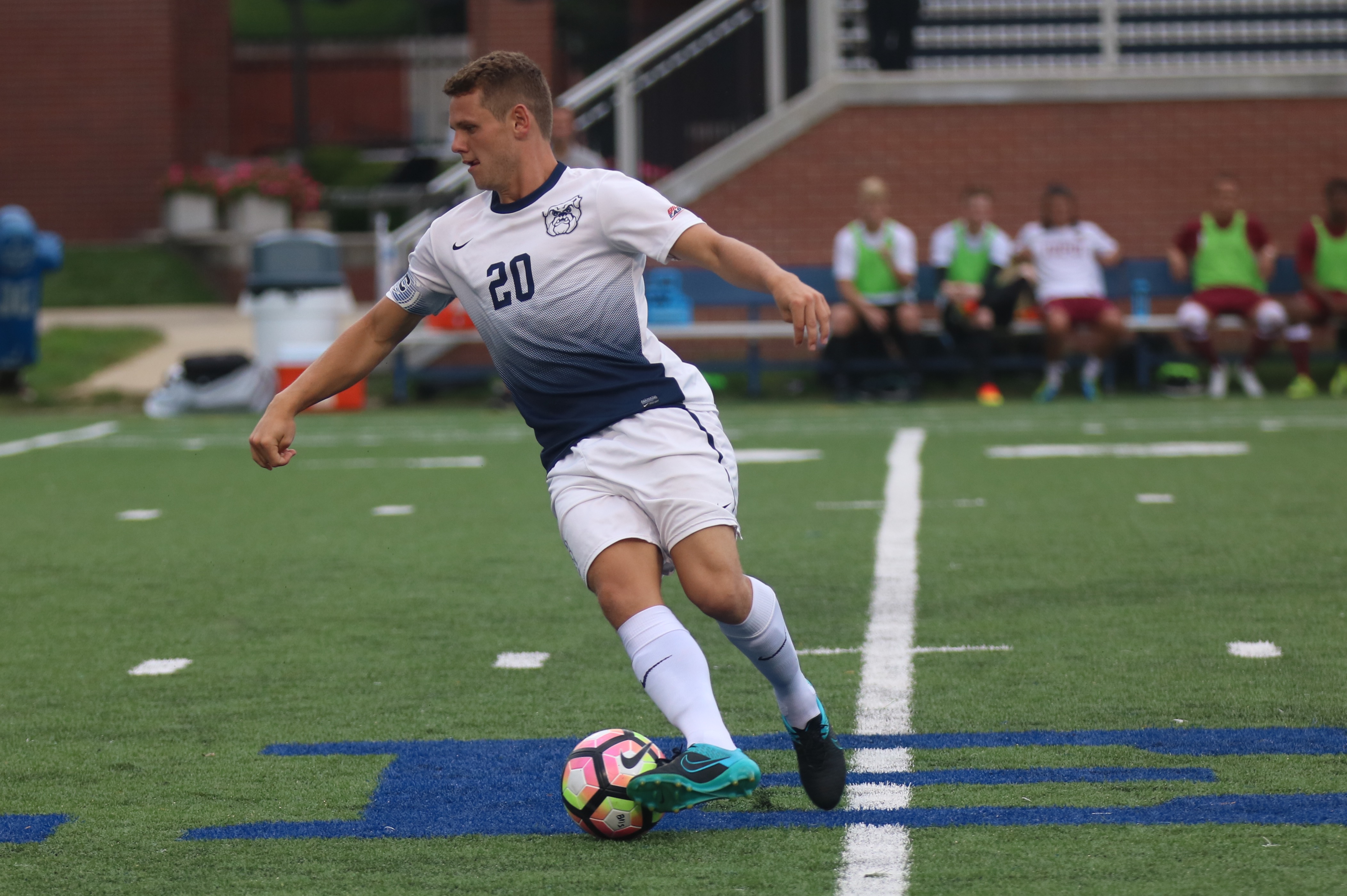 David Goldsmith, men’s soccer forward and senior, has been invited by Minnesota United of Major League Soccer to attend a preseason training camp.

Earlier this month, Goldsmith participated in the MLS combine, which is a combination of drills, scrimmages and physical aptitude tests for select collegiate players. The combine is part of the evaluation process for the MLS SuperDraft, where MLS teams chose players from college soccer programs to join their team.

“It was a great experience getting to play with the top college players in the country,” Goldsmith said. “It was a unique opportunity, because it’s the only time you get to play in front of all 22 coaches at the same time.”

Goldsmith was not selected in the MLS SuperDraft despite being projected to go in the first round of SB Nation’s mock draft. The draft was Jan. 11 to 15.

“We were disappointed he wasn’t drafted,” Head Coach Paul Snape said. “From a soccer point of view, the kid can score goals, which is the hardest thing to do. He’s an All-American for a reason. This kid does all the right things all the time.”

In his four-year career at Butler, Goldsmith scored 41 goals and 9 assists while being named second team All-Big East his first three seasons. He was the Co-Offensive player of the year for the Big East Conference and a National Soccer Coaches

Goldsmith started all 20 games for the Bulldogs this past season and led the team with 12 goals, four of which were game winners. Butler captured its first ever Big East Tournament championship in men’s soccer and was eliminated in the second round of the NCAA tournament.

Minnesota United is entering its inaugural season in the MLS. The franchise was a member of the North American Soccer League from 2011 to 2016, winning the league’s inaugural championship. Being part of an organization in its first year in America’s top division of soccer presents a unique opportunity for rookies like Goldsmith.

“As it’s an expansion team, everyone is getting to know each other,” Goldsmith said. “It’s the first time a lot of these players got to play with each other. I’m proving myself just as they’re proving themselves.”

Minnesota United currently has 19 players on its roster. By rule, MLS teams are allowed to have 28 players when the season starts. Goldsmith will be competing with Minnesota’s draft picks, other players invited to camp and any other signings the team makes for the final 9 spots.

“I’m obviously very excited to have the opportunity,” Goldsmith said. “That’s kind of what I’ve been working for, to get my nose in the door of an MLS club and try and impress and earn myself a contract.”

Minnesota United reported for preseason Jan. 22. The team will spend time training in Arizona, Florida and Oregon before their season opener on March 3.