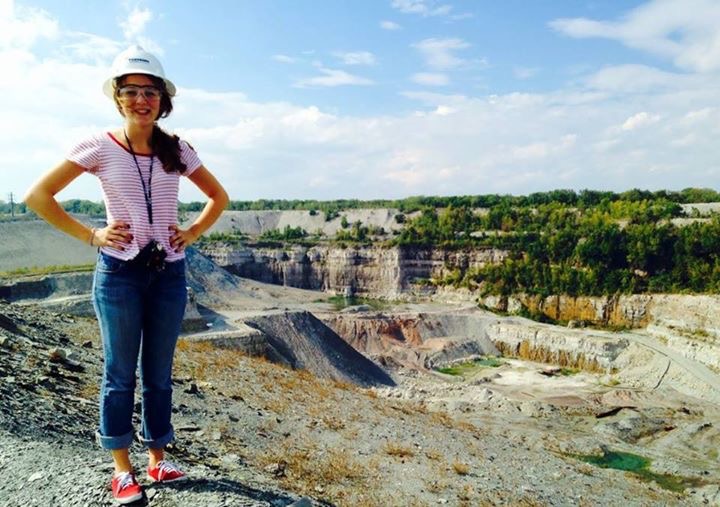 People rushed in and out of Starbucks, letting in cold air, but sophomore Anna Krukover swung off her pale jacket, unphased by the commotion.

As a commuter, Krukover is used to feeling busy.

Krukover lives in Noblesville, Indiana, and makes the trip to and from Butler each day.

“I have learned very good time management skills,” Krukover said. “Living 30 minutes away takes about an hour out of my day, so, basically, that is a lost hour every single day.”

Krukover  said time management is not the only challenge. Making friends during her freshman year was difficult, since she lived off campus.

“During welcome week it was hard to meet people, because everyone had a roommate,” she said. “Whenever they were told to mingle, no one left their roommate’s side.”

“As classes started up, I found it easier to make friends because I would do group projects outside of class,” she said. “I was actually able to connect with people I was working with and other people in my classes.”

Already, the sophomore’s schedule is very similar to a real-world job. She wakes up, eats breakfast, commutes and then begins her academic day.

She often finds herself on campus until around 11 p.m., either at a friend’s house, in the library or helping out with different activities around campus.

“I am a part of Manuscripts, the literary magazine, Alpha Kappa Psi—the business fraternity—and hopefully an executive board in the upcoming future,” Krukover said. “I also spend a lot of time at my friends’ houses or in their rooms, just as I would if I lived here.”

Krukover said because she is here until 11 most nights, she could not be happier to have her car on campus with her.

“It is nice not to be trapped here all the time,” she said. “I feel like I get more freedom because I can just drive myself somewhere to get lunch or get off campus for a couple of hours.”

Though Butler’s commuter population is small, Krukover says that she would not change her situation.

“If I could do it all over again, I probably would have lived in the dorms first semester and then started commuting second semester,” she said. “I know a lot of people that lived at home first semester and then chose to live in the dorms. And, honestly, it depends on your personality. The only reason I would do that is to meet more people sooner.”

Commuting does not damper Krukover’s aspirations. She hopes to study in Washington, D.C., for a semester and sign for a senior house closer to campus.

“It would be nice to have a shorter drive,” Krukover said.