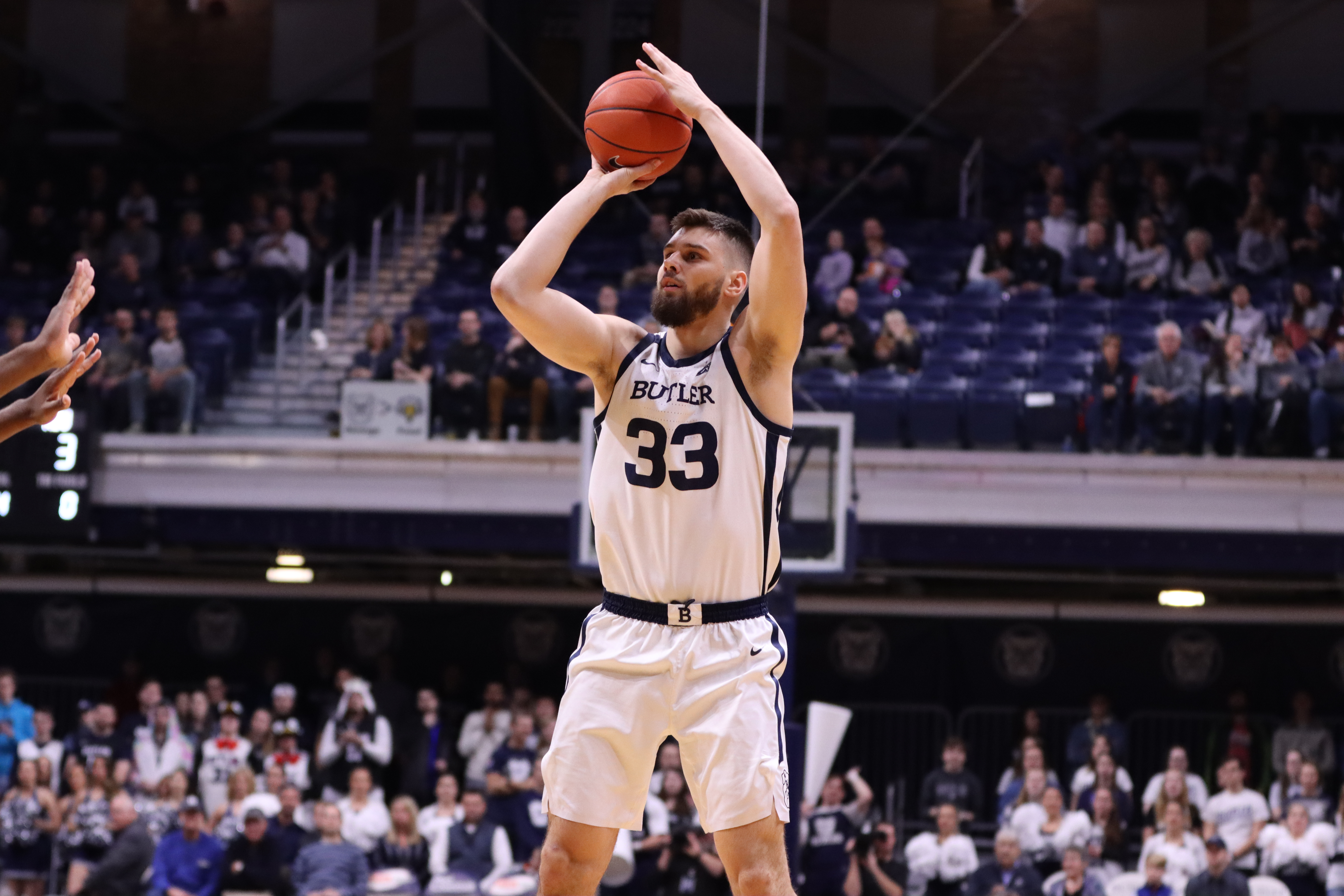 In a game I watched from a table at a pizza restaurant, the Butler men’s basketball team defeated Missouri 63-52 behind a quick start and great defense. We go beyond the box score of the Bulldogs’ first Turkey Week victory.

1. The Bulldogs were lights out early, setting themselves up for the rest of the game.

This game was dictated by what happened in the first four minutes. After Missouri scored the first basket of the game with a 3-pointer on the first possession, Butler proceeded to score 15 unanswered points. During that run, the Bulldogs made three shots from deep — two coming from Bryce Golden — and didn’t miss a shot from the field.

While on the topic of Golden, the sophomore was phenomenal on a night where the other Bryce, Bryce Nze, struggled to score and committed uncharacteristic turnovers early in the game. Golden was the main offensive presence on the interior. Golden finished with 13 points on 5-of-9 shooting while knocking down two threes. While he only made two of the six threes he took, Golden has shown a willingness in the last two games to take, and make jump shots. If Golden can get into pick-and-pop action on a consistent basis, that opens up the interior for Nze all that much more and adds another dimension to this Butler offense.

Butler came out hot and they locked down Missouri on the other end of the floor, which leads me to my next point.

After scoring 25 points in eight minutes to begin the game, the Bulldogs scored just 38 in the final 32 minutes, but their defense carried them the rest of the way. Butler’s defense was far better than Missouri’s 48% from the field as a team suggests. Butler held a well-below-average 3-point shooting team to just 18% from beyond the arc. Only three Tigers scored more than four points and only Dru Smith had more than 10. One of those players with only four points was Mark Smith. Coming off of back-to-back 19 and 21-point performances against Wofford and Morehead State, the former Mr. Basketball in the state of Illinois finished with four points on 1-of-6 shooting.

There are still some concerns about the consistency of this Butler offense, but through six games it seems that the Bulldogs’ offense is good enough in tandem with their defense. This season, Butler has given up 47, 53, 56, 61, 50 and 52. Even on their worst night offensively this season, the Bulldogs would have won all six of those games — tonight’s 63 points was the least of the season.

3. Butler shut the door late in the game once again.

The Bulldogs again proved they have a toughness when pressured late in games. With nine minutes left, Missouri had cut the lead to 10 and had some momentum. The Bulldogs responded with tough defense and few mistakes and led by 12 with under three minutes left. Last year’s Bulldogs were shaky at best late in games when they got the best of an urgent opponent. This year’s team clearly has a closing ability the 2018-19 team didn’t.

With the win, Butler moves into a tie for 18th at KenPom.com with Seton Hall. Only Villanova has a higher rank right now. Through six games, few Big East teams have been more impressive than the Bulldogs. If Butler takes care of business against Oklahoma or Stanford, expect to see a ranked Butler team in next week’s AP Top 25. It has been a phenomenal start for LaVall Jordan’s team.