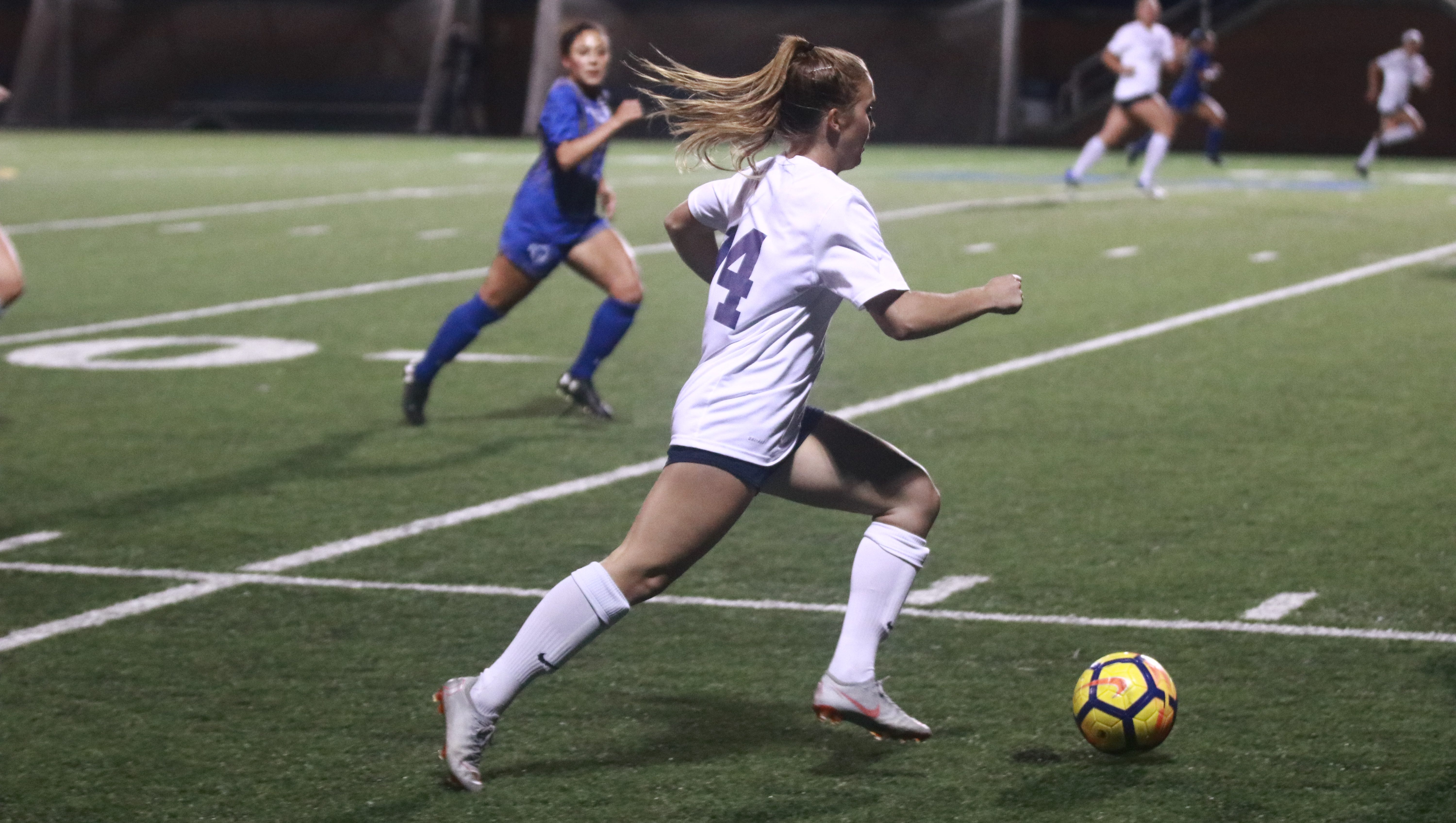 Macy Miller brings the ball down the field during a game last season. Miller scored the first goal of her Butler career on Aug. 29 against Northern Kentucky. Collegian file photo.

The Butler women’s soccer team moved to 3-0 on the year behind a pair of goals in the final 20 minutes against Northern Kentucky on Aug. 29. Macy Miller and Aliya Diagne scored the first goals of their Butler careers to seal a 2-1 win for the Bulldogs.

The Bulldogs and Norse were locked in a scoreless draw at the half. Butler led the shot count 10-4 but wasn’t able to put the ball in the back of the net.

Northern Kentucky struck early after the break. Chloe Mills gave the Norse the lead off a header from a free kick near midfield. The Norse would nurse that lead up until the 70 minute mark when Butler tied the game.

After 18 shots in the match, Miller found the equalizer for the Bulldogs. Diagne would strike 14 minutes later for Butler’s third win of the season.

Diagne knocks in her first goal as a Dawg!

Credit Miller with the assist. pic.twitter.com/u8Ox8pMOp1

The Bulldogs will travel to No. 15 Wisconsin in their next matchup on Sept. 1.