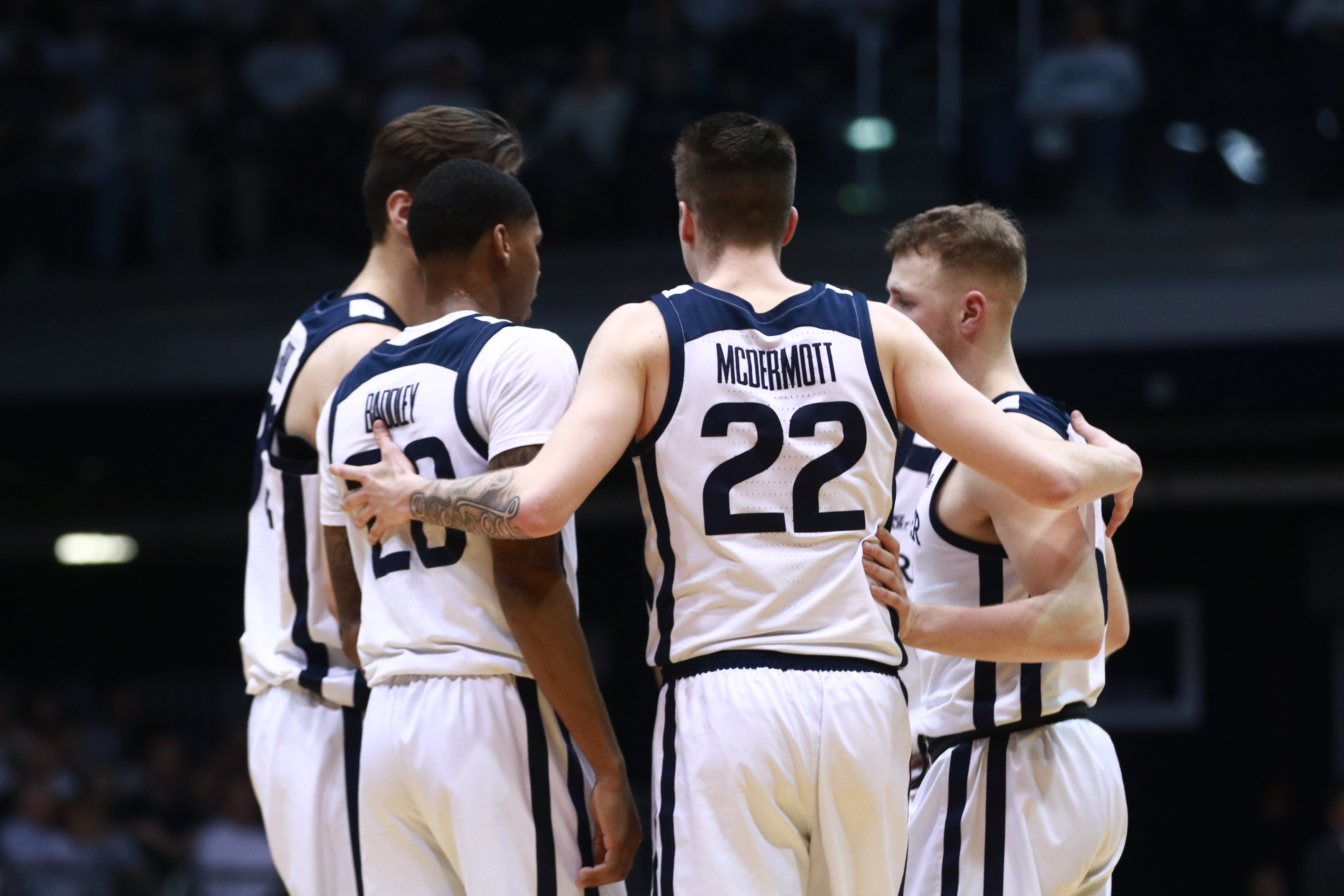 The Butler men’s basketball team huddles up during a game. Butler faces Providence in the first round of the Big East Tournament on March 13. Jimmy Lafakis/Collegian file photo.

After losing its last regular season game to Providence, the Butler men’s basketball team gets another shot at the Friars in the first round of the Big East Tournament. Here’s what you need to know before the matchup.

The last time Butler played Providence three times in one season, they lost all three of those contests. Thus far in 2019, the Bulldogs are 0-2 against the Friars and neither game was pretty. Inside Hinkle Fieldhouse, Nate Watson and the Friars got off to a fast start and despite Kamar Baldwin’s 27 points, the Bulldogs gave one away at home. Isaiah Johnson and AJ Reeves combined for 44 points at the Dunkin Donuts Center on the final day of the regular season in a game where the Bulldogs were down by as many as 28 points. Providence went 11-of-19 from beyond the 3-point line, shot 51 percent from the field and knocked down 18 of their 22 free throws. The Providence offense was explosive in the second contest and Butler wasn’t able to keep up.

Have to find the bench against the Friars.

Butler’s bench has gotten outscored against Providence on both occasions this season, 26-13 and 30-26. The latter bench performance wasn’t as discouraging as the game inside Hinkle Fieldhouse was. However, Butler has to find a way to regain that advantage against Providence. The bench has been a strength all season and there is very little room for error if the Bulldogs don’t win that category. Most importantly, Butler can’t let players like Isaiah Jackson, who averaged under 10 points in the regular season, go 7-of-10 from the floor for 20 points off the bench like they did in the regular season finale. Finding that bench advantage again is crucial to Butler’s success.

The beginning of a long road.

After losing four of its last five games to end the regular season, Butler has put themselves in a very simple situation. At 16-15, Butler has to win the Big East Tournament to be included in the NCAA Tournament field. If the Bulldogs get past the Friars, it sets up a quarterfinal with the reigning national champs in Villanova. After that, it’s anybody’s guess who they Bulldogs will face considering the unpredictability of the Big East conference this season. Whoever they play, the task is simple: win and you’re in. If they lose, Butler will miss the NCAA Tournament for the first since 2014.