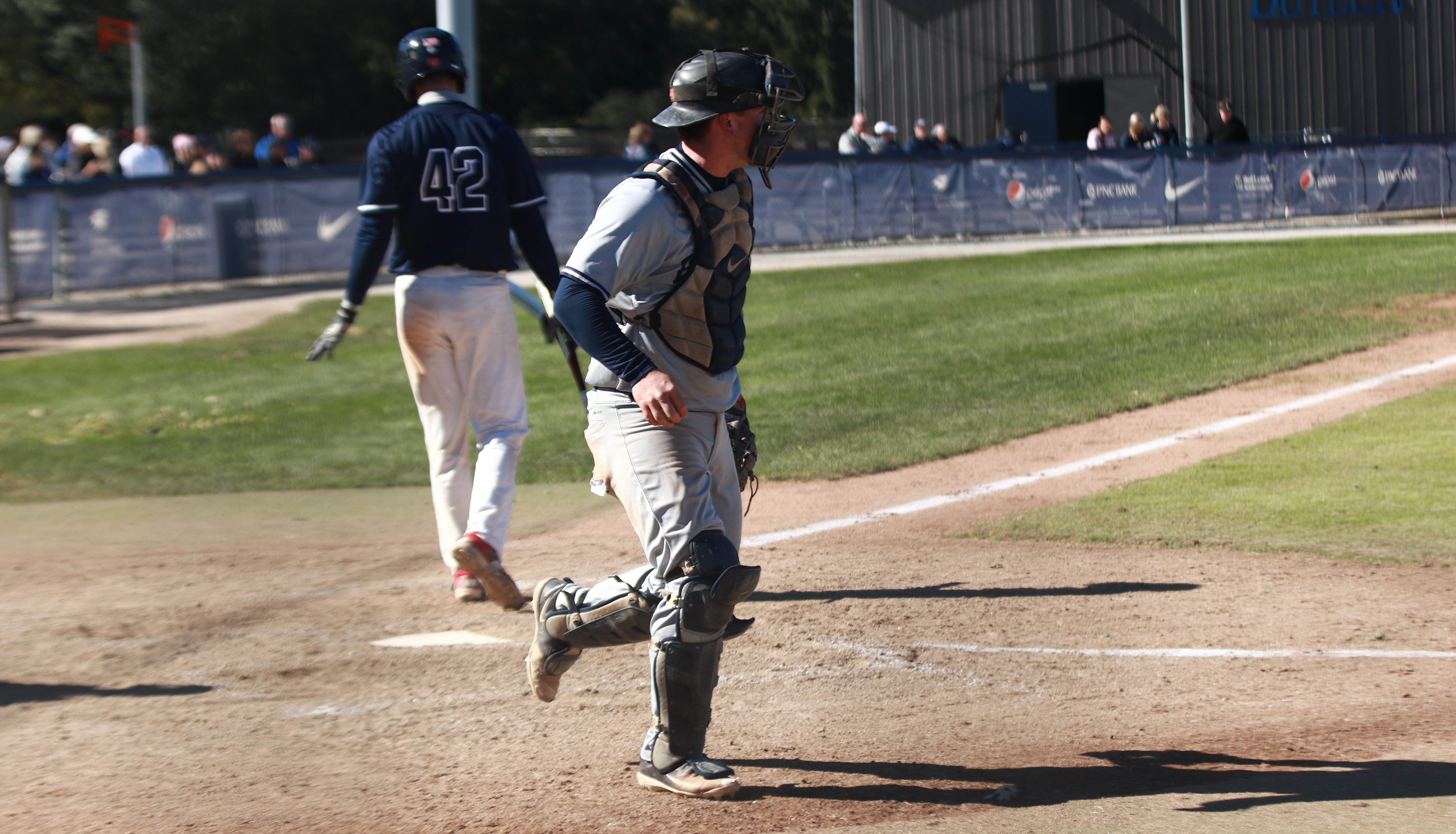 In their first action since October, the Butler women’s golf team is in Kiawah Island, South Carolina, to compete in the Edwin Watts Kiawah Island Classic. Play began on Sunday and lasts through Tuesday. The Bulldogs played in four competitions during the fall season, winning the Butler Fall Invitational in their best performance. In their most recent competition, senior Lauren Tibbets finished fifth as the Bulldogs placed seventh out of 13 teams in the Charles Braun Jr. Intercollegiate in Evansville, Indiana.

Softball at the Hilltopper Classic vs. Cleveland State and Indiana State

Due to poor weather, the Butler softball team’s three-day event in Bowling Green, Kentucky, was pushed to Sunday and Monday. On the first day of the Hilltopper Classic, the Bulldogs defeated Indiana State 6-4 before being shut out 3-0 by Western Kentucky. On Monday, Butler will face Cleveland State at 11 a.m. before taking on Indiana State at 1 p.m.. The Vikings entered the Hilltopper Classic with a 1-3 record to start the year, their only win coming in extra innings against Wagner. The Bulldogs defeated the Sycamores 2-1 last season behind seven innings of one-run ball from Alyssa Graves. Indiana State was 5-1 entering the weekend.

The women’s golf team will wrap up play in Kiawah Island, South Carolina, on Tuesday.

Coming off a 10-point loss to No. 11 Marquette, the Butler men’s basketball team returns to Hinkle Fieldhouse to take on the Providence Friars on Tuesday night. At 6-8 in conference play, the Bulldogs really can’t afford any home losses as they try to make their case that they deserve a fifth straight NCAA Tournament appearance. The Friars are the only Big East team that Butler has yet to face this season, as both matchups between the two programs are in the last four regular season games of the year. With a 15-13 overall record and 5-10 conference mark, Providence sits at the bottom of the Big East. Last season, the Friars defeated Butler by ten in Rhode Island before the Bulldogs picked up a 15-point win at Hinkle later in conference play. Tipoff at Hinkle Fieldhouse for this one is slated for 7 p.m., and the game will be broadcast on FS1.

The Butler baseball team will travel down to Bloomington for a mid-week matchup against Indiana on Wednesday. The Bulldogs are coming off a 0-2 showing at the Allstate Sugar Bowl Baseball Classic in New Orleans after their game against Chicago State was rained out. Now 2-3 to begin the season, Butler will take on a Hoosiers team that is 2-4 after being swept by Tennessee this past weekend. Last year, IU swept a three-game series against the Bulldogs in Bloomington, outscoring Butler 29-8 in the series. First pitch for this season’s meeting is slated for 3 pm.

The baseball team will have a quick turnaround game their game in Bloomington, as they travel to Osceola, Florida, for four games over the weekend. The first is a Friday contest against Saint Peter’s. The Peacocks enter the game with an 0-3 record after being swept by George Washington over this past weekend. The Bulldogs won both of their two matchups against St. Peter’s last season, 5-1 and 19-1. The Peacocks are coming off a 2-42 record a year ago and were picked by coaches to finish last out of 11 teams in the Metro Atlantic Athletic Conference. First pitch for this game has yet to be announced.

The Butler men’s tennis team will look to extend its five-game winning streak against Cardinal Stritch on Friday. The Bulldogs are coming off of 4-3 and 4-1 victories over Northern Illinois and Green Bay, respectively, this past weekend, and the team now sits at 9-4 this year. Play will get underway at the Butler Bubble at 1 pm.

Coming off a 1-1 weekend which included its first victory of the season — a 13-10 win over Kent State — the Butler lacrosse team will host the Bonnies of St. Bonaventure. In their most recent game, the Bulldogs fell to Central Michigan 16-6 on Feb. 24. The Bonnies, meanwhile, are coming off a 17-2 loss to Niagara and are 0-2 to start the season. The first-ever meeting between these two programs is scheduled for 3 p.m. at Varsity Field.

With a three-game winning streak of its own, the Butler women’s tennis team will host IUPUI on Friday. The Bulldogs are coming off a 6-1 win over Southern Indiana and are now 6-6 on the year, while the Jaguars are 2-6 following a 4-3 loss to Belmont on Feb. 16. IUPUI got the best of Butler last year, picking up a 4-3 win over the Bulldogs on Feb. 9. First serve for this year’s match is slated for 5 p.m. at the Butler Bubble.

After one of the biggest upsets in program history, a 61-57 win at No. 11 Marquette on Feb. 22, the Butler women’s basketball team fell to DePaul 76-62 in Chicago on Feb. 24. The Bulldogs return to Hinkle Fieldhouse this weekend for their final regular season conference games, starting with a Friday night game against Georgetown. Behind 23 points from Whitney Jennings, the Bulldogs defeated the Hoyas 59-50 in Washington, D.C., on Dec. 31. Georgetown is 7-9 in Big East play, while Butler is 10-6. Tipoff for this game is 7 p.m., and the contest will be broadcast on the Big East Digital Network.

Women’s tennis vs. DePauw and Akron

The women’s tennis team will continue a busy weekend when it faces off against DePauw and Akron on Saturday. DePauw is 3-3 on the year, but coming off of three straight victories against Centre, Principia, and Indiana Wesleyan. The Bulldogs defeated the Tigers 6-1 last February. Akron, meanwhile, is 10-3 entering the week and faces Illinois State on Thursday. The DePauw match is scheduled to begin at 9 a.m. and the Akron match is slated for 1 p.m. Both will be played at the Butler Bubble.

Following its home game against Providence, the men’s basketball team will travel to Philadelphia to take on Villanova. After back-to-back losses to St. John’s and Georgetown which dropped them down to second in the Big East standings, the Wildcats lost to Xavier 66-54 on Feb. 24 for a third straight conference loss. Ranked 18th at the time, Villanova defeated Butler 80-72 at Hinkle Fieldhouse behind 23 points from Eric Paschall. A road win against a top 25 team would undoubtedly be huge for Butler in strengthening their NCAA Tournament resume. Tipoff at the Wells Fargo Center is 2 p.m and the game will be broadcast on FOX.

Baseball vs. Central Michigan and Pittsburgh

The baseball team will continue its four-game weekend slate with contests against Central Michigan and Pittsburgh. The Bulldogs last played Central Michigan in 2016, losing 8-3. The Chippewas are 5-3 to start the year and coming off a 16-11 campaign in the Mid-American Conference, where they were picked to finish fourth out of 10 teams this year. Pittsburgh, meanwhile, is 3-3 to start the season. Butler defeated the Panthers 3-0 last year. First pitch for the Central Michigan game is 3 p.m. and the Pittsburgh game will follow shortly after at 6:30 p.m.

The women’s tennis team wraps up its weekend with a home contest against Illinois State. The Redbirds enter the week with a 7-3 record and will face Western Illinois on Saturday before traveling to Indianapolis. Illinois State defeated Butler 4-3 in Normal, Illinois, last March. First serve for this one is 12 p.m.

The baseball team will conclude its weekend in Florida with a 1 p.m. contest against Hofstra. The Pride will enter the weekend with a 1-3 record following a four-game series against the University of the Incarnate Word. Hofstra was picked to finish eighth out of nine teams in the Colonial Athletic Association this season.

The women’s basketball team will wrap up regular season play with a home matchup against Villanova on Sunday. The Wildcats are coming off a 73-68 win over Seton Hall and enter the week with an 8-8 conference record. Butler defeated Villanova on the road 63-55 in their first conference game of the season, back in late December. Jennings led the team with 22 points in that game. Tipoff at Hinkle Fieldhouse is slated for 2 p.m., and the game will be broadcast on the Big East Digital Network.