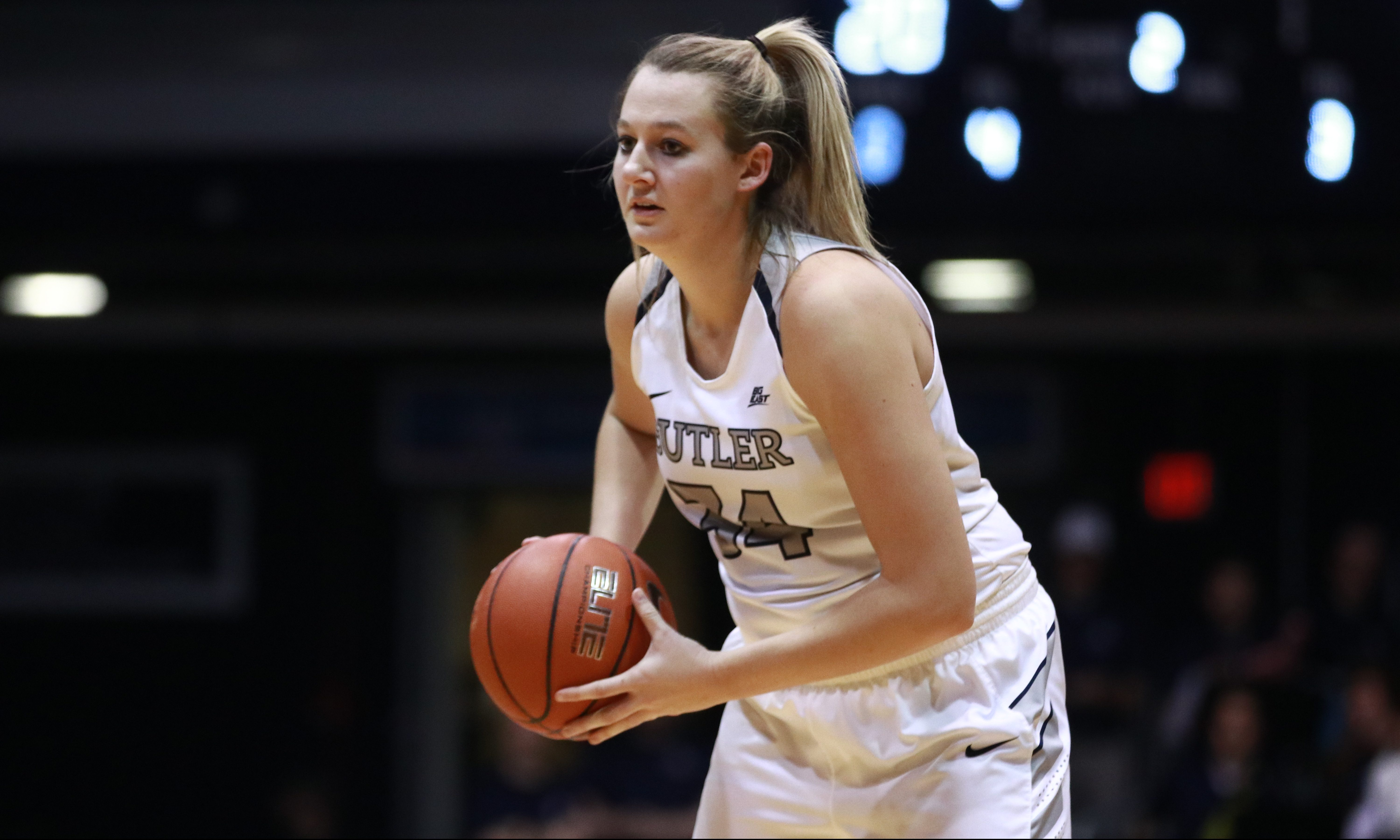 Tori Schickel gets ready to make a pass. Schickel scored a team-high 14 points in the loss. Jimmy Lafakis/Collegian file photo.

Coming off one of the biggest wins in program history against Marquette on Feb. 22, the Butler women’s basketball team fell to DePaul. DePaul won the first quarter 19-9 and won the second quarter 20-14. Butler won the third quarter, 21-12, to pull within nine, but ultimately lost, 76-62.

Butler’s first field goal would come with 5:32 remaining in the first quarter. By that point, DePaul led 7-4. Butler failed to capture a lead after the first two points of the game, a pair of free throws from Whitney Jennings 1:12 into the first quarter.

The closest Butler was to trimming the lead with 8:40 left in the fourth quarter was when Naira Caceres dropped in a layup, capping off a 24-16 stretch by the Bulldogs and cutting the deficit to six. Chante Stonewall splashed in a three that brought DePaul’s lead back to nine. Following Stonewall’s triple was a turnover by Michelle Weaver and an and-one layup from Ashton Millander on the subsequent fastbreak.

Butler would close the lead again thanks to a layup by Tori Schickel, but Chante Stonewall hit another triple, her third and final triple of the game. DePaul would end the game on a 21-13 run and win 76-62.

DePaul’s guards were too much too handle for the backcourt. Stonewall led the Blue Demons with 17 points on 6-of-11 shooting and went 3-of-5 from deep. Ashton Millender recorded six assists and 15 points on 5-of-9 shooting and was 4-for-8 from deep.

Butler, on the other hand, made six triples on 17 attempts.

Schickel, Jennings, Kristen Spolyar and Shae Brey all finished in double-figures for the Bulldogs, though the team shot only 38.9% from the field.

Butler closes the regular season with home games against Georgetown on March 1 and Villanova on March 3.