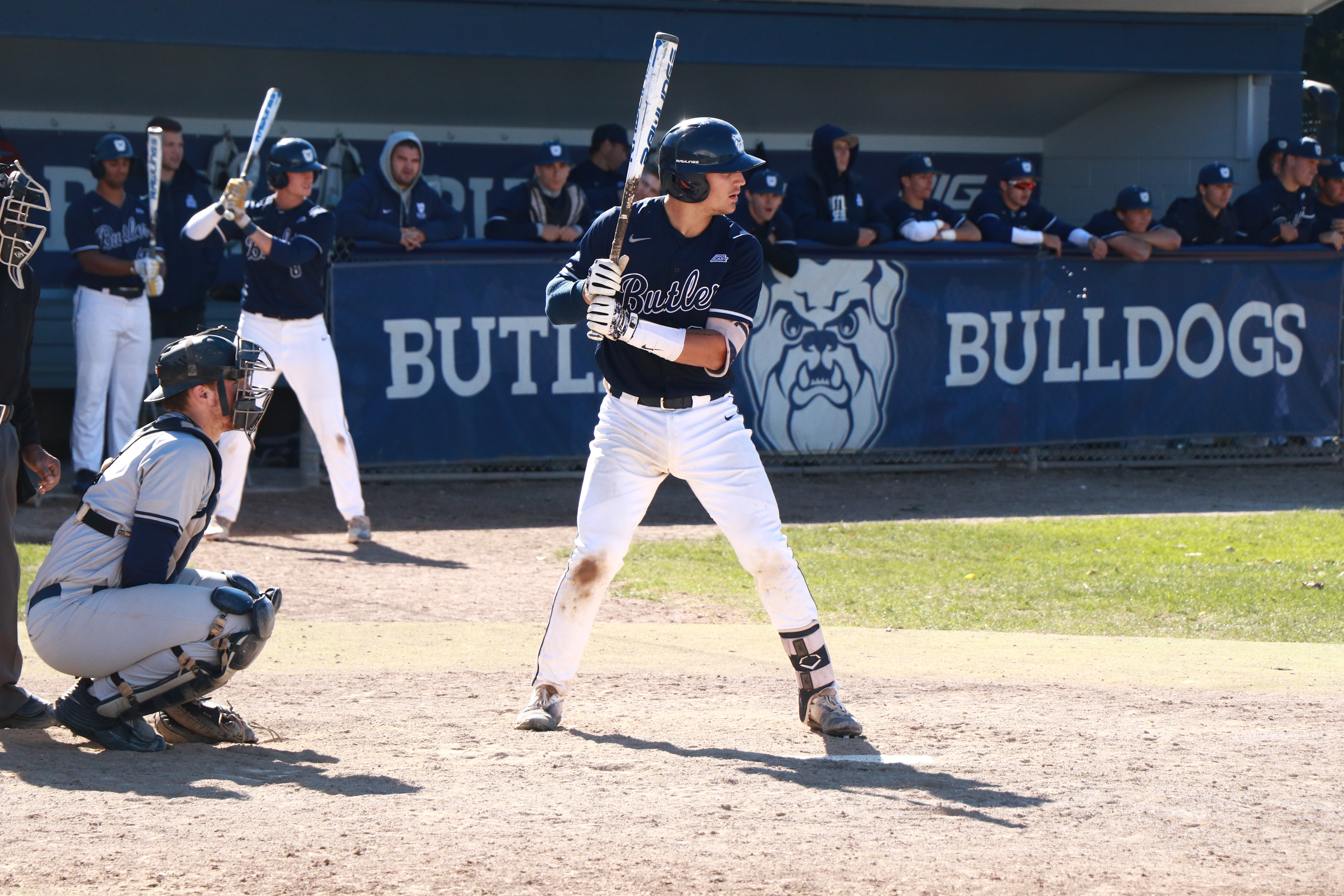 Duncan Hewitt at the plate for Butler. The Bulldogs went 0-2 in New Orleans this weekend. Jimmy Lafakis/Collegian file photo.

After winning its opening series of the season, Butler baseball lost both of its games in the Allstate Sugar Bowl Baseball Classic in New Orleans.

Both games were tough pills for the team to swallow as the Bulldogs drop to 2-3 on the young season.

On Feb. 22, the Bulldogs squared off against Rutgers out of the Big Ten.

The runs would come early for Butler as Zach Jarosz and Kyle Smith scored to give Butler a 2-0 lead after the opening frame.

After struggling in his first start of the season, Ryan Pepiot shined on the mound, tossing a scoreless 5.2 innings while giving up just two hits and striking out nine.

With the Bulldogs leading 2-1 heading into the bottom of the ninth, it was a Rutgers leadoff single and a couple of wild pitches that put the Scarlet Knights in position to win the game. A walk-off single ended the contest.

Butler’s second scheduled game of the trip was canceled on Feb. 23 due to weather.

On Sunday, Feb. 24, the Bulldogs faced off against host University of New Orleans.

It was a similar story for Butler, as this time the Bulldogs were pitching in the bottom of the ninth in a tie game. New Orleans walked off to finish the tournament undefeated.

Connor Schultz had a quality start for the Bulldogs, pitching 6.1 innings while only giving up one unearned run in the first inning.

Butler turns around quickly to head to Bloomington to play in-state rival Indiana on Feb. 27. First pitch is scheduled for 3 p.m.