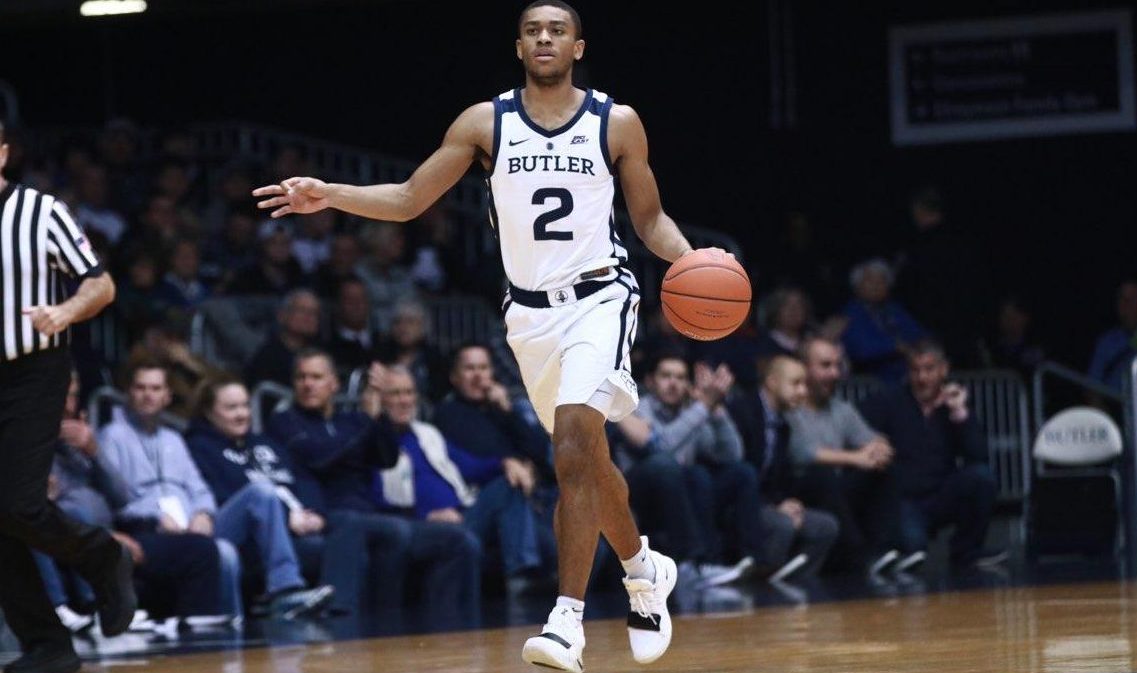 Aaron Thompson brings the ball up the court. Photo by Jimmy Lafakis.

Looking to get the taste of the trouncing by Florida out of their mouths, the Butler men’s basketball looked to rebound with a win in their Big East opener versus Georgetown. Some fans were looking for a different look in the starting lineups, but coach LaVall Jordan began the game with the usual five.

#Butler's starters remain the same for yet another game: Thompson-Baldwin-Jorgensen-McDermott-Fowler.

Many fans were hoping for a little tinkering following the team's loss to Florida. Will be interesting to see how Coach Jordan utilizes his bench in this one.

On the other side, freshman and YouTube sensation Mac McClung was not dressed due to an ankle injury.

However, it was seemingly his replacement that had the game of his life.

But it was possibly Georgetown’s best player, Jessie Govan, who freed up those open looks.

After a promising start to his Butler career, Jordan Tucker came back down to earth in his first Big East game.

Jordan Tucker 1-of-8 tonight. #Butler needed some of those to fall.

It was a disheartening effort as the Hoyas were in control for the majority of the game. It was evident the Bulldogs would drop the league opener pretty early and fans were not interested in seeing the comeback attempt.

This isn’t The Butler Way. This is embarrassing

While some seemed to see more energy and urgency after an embarrassing loss, they were disappointed.

It seems inevitable that some changes will be made.

Hopping on the “Brunk needs to start” train

For Butler fans, a losing streak does not come often nor is it taken lightly.

Still others vented their frustration even more.

I’ve never been so disappointed in Butler basketball. Coaching is poor and there is a clear lack of senior leadership. Tough to hold guys accountable when your 2 seniors are soft

It is noteworthy that the two seniors did not start the second half, despite neither being in foul trouble. Henry Baddley and Joey Brunk started instead. Look for some lineup changes to be made before Butler’s game at home at noon on Saturday against Creighton.

Final numbers from Hinkle Fieldhouse. The Dawgs are back in action on Jan. 5 vs. Creighton. #GoDawgs pic.twitter.com/d33zc2ooxq