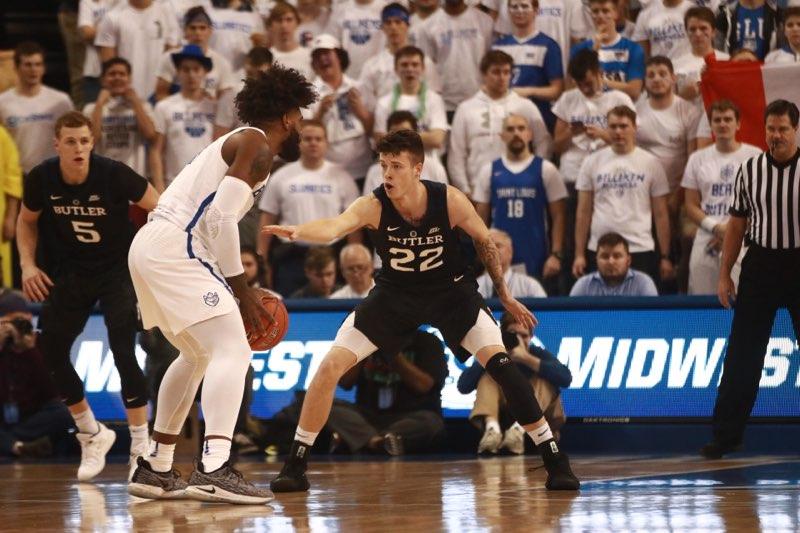 The Butler men’s basketball team returns to action at Hinkle Fieldhouse on Wednesday as they face off against the Brown Bears. The Bulldogs will look to get back to their winning ways after losing at Saint Louis this past Saturday. They have won each of their three home games so far this year. Brown was picked to finish fifth in the Ivy League. Tipoff is set for 7 p.m.

The Butler women’s basketball team will travel away from Hinkle Fieldhouse for the first time this season to play against their in-state rival Indiana. The Hoosiers are coming off of a cross country trip at the UCLA Bruins on Sunday. The Bulldogs are coming off of a 64-47 win over Ball State. Tipoff from Assembly Hall in Bloomington is at 7 p.m.

The Butler men’s basketball team continues their non-conference schedule with a tilt against the Northern Illinois Huskies out of the MAC. The Huskies play teams tough, with their three losses on the year coming by a combined nine points. Northern Illinois was picked to finish fifth in the MAC West and pose as a formidable tune-up before the Bulldogs compete in the Crossroads Classic at Bankers Life Fieldhouse next week. The game will begin at 4:30.

The men’s and women’s track team wrap up their play in the fall semester with a trip to Indiana State in the Early Bird Invitational. This will be a good chance for the team to hone in their skills before the meat of the schedule comes after Winter Break. Senior Allie Vogeler led Butler in their opening meet at Notre Dame last with wins in the women’s 600 meter race and as part of the 4 x 400 meter relay. Start time for Saturday’s meet in Terre Haute is not yet set.

The Butler women’s basketball team will wrap up its two-game road trip as they visit the Akron Zips. Akron finished 9-21 and 3-15 in the MAC last season, and the media expect the same from the Zips this year. They were picked to finish in the bottom of the MAC East this year. Nevertheless, it is games like these that Butler needs to win if they want to reach their goal of the NCAA Tournament come March. The game will tip at 2 p.m.